Published: October 7, 2021Last Updated on October 11, 2021 15 minutes read
HELP ENLIGHTEN YOUR FELLOWS. BE SURE TO PASS THIS ON. BREAKING THE EMPIRE'S DISINFORMATION MACHINE IS UP TO YOU.

We spotted this article yesterday on Asia Times (AT), a publication with HQ in Hong Kong, which, not too surprising, is usually hostile to Beijing. Asia Times has a convoluted history:
"The Hong Kong website is a direct descendant of the Bangkok-based print newspaper that was launched in 1995 and closed in mid-1997.[2] Asia Times Online was created early in 1999 as a successor in "publication policy and editorial outlook" to the print newspaper Asia Times, owned by Sondhi Limthongkul, a Thai media mogul and leader of the People's Alliance for Democracy, who later sold his business."
Despite its flaws, Asia Times often publishes articles of value, and it has the good sense to maintain, as a regular columnist, Pepe Escobar, which, as Matt Taibbi figures in the Rolling Stone equation, is just about the main if not the only justification for their journalistic existence.

The Sisci article sounded credible and certainly disquieting in many of its assertions, indicative of a Western way of looking at history, politics and culture ("...if China were a democracy"), but we thought it was important enough to reprint it on TGP.  However, we delayed publication until we could run the piece by one of our "resident experts" on China, Jeff J. Brown (who is also our associate editor and Beijing correspondent), or Godfree Roberts. As it turned out, by serendipity, the China Writers Group provided the solution in Peter Man's authoritative critique of the article, which we are happy to attach to this post in our Appendix. As usual, Man's analysis of Sisci's assertions is not only dependable but illuminating in the scholarly (and thought-provoking) ways for which he is well known and deservedly appreciated. —PG Chinese President Xi Jinping leads a meeting emphasizing how the country would focus on moderate wealth for all, rather than just a few. Photo: AFP

On the eve of China’s October 1 National Day celebrations, the Chinese Communist Party (CCP) 1 expelled former vice-minister for public security Sun Lijun – not for corruption but serious political crimes almost tantamount to something like an attempted coup.

Specifically, he was accused of “serious violations of discipline” and building cliques and cabals to take over a key government department.

Sun, apprehended about a year ago, is guilty of “overweening political ambitions” and “arbitrarily disagreeing with central policy guidelines,” the mighty party disciplinary committee CCDI wrote in a statement on its official website.

The ex-vice minister had “created and spread political rumors, taken actions against others, wove a web of deceit to obtain political capital and … used unscrupulous means … to form gangs, cliques, and interest groups within the party and build his personal power,” the statement said, thus implying he had gravely violated party centralism and allegiance to the top leadership.

“He formed a cabal to take control over a key department(s), seriously jeopardizing political security and party unity,” the CCDI statement added. Sun is also said to have been “harboring hugely inflated political ambitions” and having “evil political qualities.” Sun Lijun had been under investigation since last year. (Photo: YouTube screengrab)

Meanwhile, the Chinese media reported that his former colleague, the ex-minister of justice and ex-head of the Public Security Bureau Fu Zhenghua, is being investigated for “serious violation of discipline and law,” according to a statement from the authorities.

Fu led the investigation into former security czar Zhou Yongkang, jailed in 2015. Zhou was a rival of president Xi Jinping and an ally of ex-Chongqing party chief Bo Xilai, arrested in 2013. Bo’s and Zhou’s arrests helped to consolidate Xi Jinping’s ascendence to power.

The news of Fu and Sun come weeks after their close ally, Peng Bo, a former top Chinese internet censor, was accused by the CCDI of disloyalty to the Party.

Peng, deputy chief of the Cyberspace Administration of China, was expelled from the Party in August. Peng and Fu crossed paths when the latter headed the Central 601 office, which in 1999 was in charge of the crackdown against the Falun Gong, ordered by ex-party chief Jiang Zemin. Peng was his deputy.

Fu is the fourth former deputy public security minister to be detained by the CCDI in recent years.

In 2016, Li Dongsheng, a former deputy national police chief and ally of ex-security tsar Zhou, was jailed for 15 years on corruption charges. Last year, the former head of the international policing agency Interpol, Meng Hongwei, was sentenced to 13 and a half years in jail for corruption.

The plot against Xi

The thinly veiled accusation is of plotting against Xi. But these officers are relatively junior to be scheming against the almost almighty party leader. They must have had the support of some superiors. In the present party structure, they can likely be retired former leaders.

Xi is in an unprecedented and almost impossible position. Mao didn’t have any other senior leader lurking behind his back because he had won power through a war against his rival, nationalist generalissimo Chiang Kai-shek.

Deng promptly eliminated his opponents, the “Gang of Four”, putting them on public trial and thus warning anybody else against trying anything funny.

Besides, none of his adversaries had his seniority and clout in handling party businesses. When Jiang Zemin effectively came to power, after Deng’s demise, he had to deal with the mighty shadow of his rival Qiao Shi over his shoulder.

Still, the Falun Gong protest was blamed on Qiao; he was sidelined, and allegedly soon after, he suffered from some kind of breakdown that impaired his faculties. All in all, Mr. Qiao’s power disappeared. Hu Jintao had to live under Jiang’s cloud.

Xi has been trying to cut off Jiang and all previous leaders, but there are simply too many. There are people from Hu’s generation, from Jiang’s generation, and even some rare survivors of Deng’s times. They have privileges, political access, a network of friends and allies, and shield one another.

To isolate them totally would deprive Xi of part of his own legitimacy, derived from being born into this elite. But to keep them around undermines Xi’s power. Jiang and Hu’s solution was to have former leaders consult for major and minor decisions. But the process was cumbersome, opaque, and led to the massive corruption that was halting the Chinese economy and that Xi tried to address.

Xi’s solution has been to have them live in a bubble, with money but no power, away from the limelight. But there are thousands of them, many relatively healthy and energetic, and in a society where personal bonds are vital, they still command loyalty from their former underlings.

Sure, Xi is trying to cut these bonds, stressing the need to rule the country according to the unsentimental “laws” 法. Still, the switch is not easy in a place where personal connections have always been the backbone of survival in the face of a ruthless state. Neither is it now possible to physically eliminate or incarcerate all past leaders.

The traditional system put all imperial consorts and riotous princes under house arrest; the Turkish sultan would kill all his brothers upon his ascendancy to the throne. The method was cruel but rational. The supreme leader had to make sure nobody with clout would conspire behind his back.

Democratic systems do not remove this institutional risk but minimize it by making the political process transparent. You can openly argue against the present top leader, but you can’t secretly conspire against him; besides, leaders are practically ordinary citizens after retirement.

In that case, Xi should have an objective interest in making the system more transparent and democratic. His enemies could not hide, and the power struggle would be in the open.

Here there is another turn to China’s complex conundrum. If Xi were to try to solve his power issues by democratizing the political system, many in the party would call him a “traitor.” The party structure is actually the big problem here. In many domestic and international issues, the interests of the Party trump those of the country. 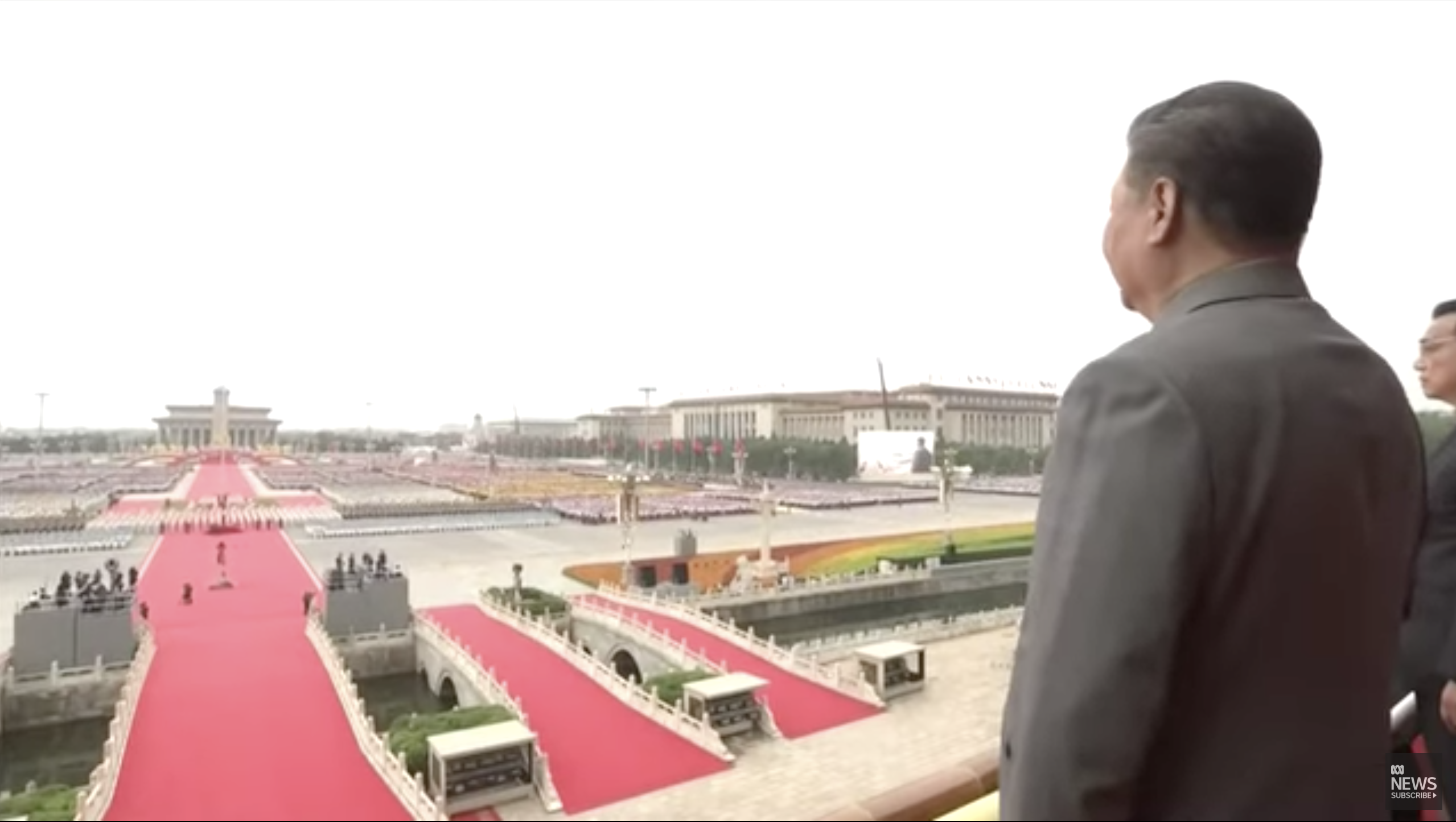 For instance, would China benefit from a freely convertible currency and a freer market? Long-term, yes, but this would endanger the Party’s hold on power, as a possible financial crisis would shake the party’s rigid grip. Doubting the popularity of the Chinese Communist party or its current leader is a fool's errand. (People stand next to a display commemorating the 100th anniversary of the foundation of the Communist Party of China on its eve in Shanghai on June 30, 2021. Photo: AFP / Hector Retamal)

If the country were a democracy, the government would step down in case of financial turmoil, likely because of capital flight with a convertible currency. Another one would be chosen through an election.

Similarly, the interests of Party elders—keeping the bloated and ineffective privileged caste with its fingers in the cake of power—are against Xi who would like a more effective and responsive rule. In theory, comprehensive reform of the party structure would be necessary to have a clear “rule of law.”

But some retired veterans are not actually interested in the state’s long-term interests but in recovering their half-lost dominance. If Xi doesn’t solve the issue, the many contradictions could make the system stall or even explode in time.

This story first appeared on the Settimana News website and is republished with permission. To see the original, please click here. 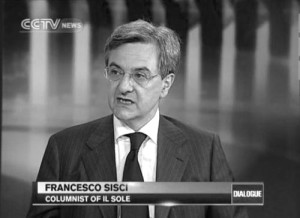 Francesco Sisci is an Italian sinologist, author and columnist who lives and works in Beijing. Currently he is a senior researcher at Renmin University of China and contributes to several journals and think tanks on geopolitical issues. In 2016, he was granted the first interview to the Pope on China.

Enemy on the doorstep: China’s involvement in the Korean War (Video)