Home AMERICAN DUPLICITY The Second Coming of the Heartland

August 15, 2022
Please make sure these dispatches reach as many readers as possible. Share with kin, friends and workmates and ask them to do likewise.

by Pepe Escobar, posted with the author’s permission and widely cross-posted 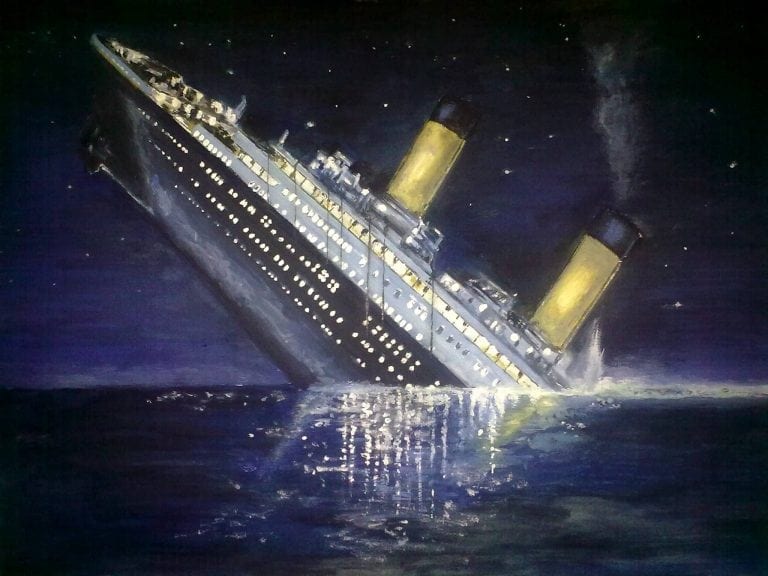 The hubris of the West embodied in the Titanic calamity is also a good example of a civilisation prone to produce such disasters.

It’s tempting to visualize the overwhelming collective West debacle as a rocket, faster than free fall, plunging into the black void maelstrom of complete socio-political breakdown.

The End of (Their) History turns out to be a fast-forward historical process bearing staggering ramifications: way more profound than mere self-appointed “elites” – via their messenger boys/girls – dictating a Dystopia engineered by austerity and financialization: what they chose to brand as a Great Reset and then, major fail intervening, The Great Narrative.

Financialization of everything means total marketization of Life itself. In his latest book, No-Cosas: Quiebras del Mundo de Hoy (in Spanish, no English translation yet), the foremost German contemporary philosopher (Byung-Chul Han, who happens to be Korean), analyzes how Information Capitalism, unlike industrial capitalism, converts also the immaterial into merchandise: “Life itself acquires the form of merchandise (…) the difference between culture and commerce disappears. Institutions of culture are presented as profitable brands.”

The most toxic consequence is that “total commercialization and mercantilization of culture had the effect of destroying the community (…) Community as merchandise is the end of community.”

China’s foreign policy under Xi Jinping proposes the idea of a community of shared future for mankind, essentially a geopolitical and geoeconomic project. Yet China still has not amassed enough soft power to translate that culturally, and seduce vast swathes of the world into it: that especially concerns the West, for which Chinese culture, history and philosophies are virtually incomprehensible.

In Inner Asia, where I am now, a revived glorious past may offer other instances of “shared community”. A glittering example is the Shaki Zinda necropolis in Samarkand.

Afrasiab – the ancient settlement, pre-Samarkand – had been destroyed by the Genghis Khan hordes in 1221. The only building that was preserved was the city’s main shrine: Shaki Zinda.

Much later, in the mid-15th century, star astronomer Ulugh Beg, himself the grandson of Turkic-Mongol “Conqueror of the World” Timur, unleashed no less than a Cultural Renaissance: he summoned architects and craftsmen from all corners of the Timurid empire and the Islamic world to work into what became a de facto creative artistic lab.

The Avenue of 44 Tombs at Shaki Zinda represents the masters of different schools harmoniously creating a unique synthesis of styles in Islamic architecture.

The most remarkable décor at Shaki Zinda are stalactites, hung in clusters in the upper parts of portal niches. An early 18th century traveler described them as “magnificent stalactites, hanging like stars above the mausoleum, make it clear about the eternity of the sky and our frailty.” Stalactites in the 15th century were called “muqarnas”: that means, figuratively, “starry sky”.

The Shaki Zinda complex is now at the center of a willful push by the Uzbekistan government to restore Samarkand to its former glory. The centerpiece, trans-historical concepts are “harmony” and “community” – and that reaches way beyond Islam.

As a sharp contrast, the inestimable Alastair Crooke has illustrated the death of Eurocentrism alluding to Lewis Carroll and Yeats: only through the looking glass we can see the full contours of the tawdry spectacle of narcissistic self-obsession and self-justification offered by “the worst”, still so “full of passionate intensity”, as depicted by Yeats.

And yet, unlike Yeats, the best now do not “lack all conviction”. They may be few, ostracized by cancel culture, but they do see the “rough beast, its hour come out at last, slouching towards…” Brussels (not Jerusalem) “to be born”.

This unelected gaggle of insufferable mediocrities – from von der Leyden and Borrell to that piece of Norwegian wood Stoltenberg – may dream they live in the pre-1914 era, when Europe was at the political center. Yet now not only “the center cannot hold” (Yeats) but Eurocrat-infested Europe has been definitely engulfed by the maelstrom, an irrelevant political backwater seriously flirting with reversion to 12th century status.

The physical aspects of the Fall – austerity, inflation, no hot showers, freezing to death to support neo-Nazis in Kiev – has been preceded, and no Christianized imagery need apply, by the fires of sulphur and brimstone of a Spiritual Fall. The transatlantic masters of those parrots posing as “elites” could never come up with any idea to sell to the Global South centered on harmony and much less “community”.

What they sell, via their Unanimous Narrative, actually their take on “We Are the World”, is variations of “you will own nothing and be happy”. Worse: you will have to pay for it – dearly. And you have no right to dream of any transcendence – irrespective if you’re a follower of Rumi, the Tao, shamanism or Prophet Muhammad.

The most visible shock troops of this reductionist Western neo-nihilism – obscured by the fog of “equality”, “human rights” and “democracy” – are the thugs being swiftly denazified in Ukraine, sporting their tattoos and pentagrams.

The dawn of a new Enlightenment

The Collective West Self-Justification Show staged to obliterate its ritualized suicide offers no hint of transcending sacrifice implied in a ceremonial seppuku. All they do is to wallow in the adamant refusal to admit they could be seriously mistaken.

How would anyone dare to deride the set of “values” derived from the Enlightenment? If you don’t prostrate yourself in front of this glittering cultural altar, you’re just a barbarian set to be slandered, law-fared, canceled, persecuted, sanctioned and – HIMARS to the rescue – bombed.

We still do not have a post-Tik Tok Tintoretto to depict the collective West’s multi-wallowing in Dante-esque chambers of pop Hell. What we do have, and must endure, day after day, is the kinetic battle between their “Great Narrative”, or narratives, and pure and simple reality. Their obsession with the need for virtual reality to always “win” is pathological: after all the only activity they excel in is manufacturing fake reality. Such a pity that Baudrillard and Umberto Eco are not among us anymore to unmask their tawdry shenanigans.

Does that make any difference across vast swathes of Eurasia? Of course not. We just need to keep up with the dizzying succession of bilateral meetings, deals, and progressive interaction of BRI, SCO, EAEU, BRICS+ and other multilateral organizations to get a glimpse of how the new world-system is being configured.

In Samarkand, surrounded by mesmerizing instances of Timurid art coupled with a development boom that brings to mind the East Asian miracle of the early 1990s, it’s plain to see how the heart of the Heartland is back with a vengeance – and is bound to dispatch the pleonexia-afflicted West to the swamp of Irrelevancy.

I leave you with a psychedelic sunset facing the Registan, at the razor’s edge of a new sort of Enlightenment that is leading the Heartland towards a reality-based version of Shangri-La, privileging harmony, tolerance and most of all, the sense of community.

Pepe Escobar is a columnist at The Cradle, editor-at-large at Asia Times and an independent geopolitical analyst focused on Eurasia. Since the mid-1980s he has lived and worked as a foreign correspondent in London, Paris, Milan, Los Angeles, Singapore and Bangkok. He is the author of countless books; his latest one is Raging Twenties.