Home UKRAINE Tactics without Strategy is the Noise Before Defeat

January 24, 2023 10 minutes read
Please share this article as widely as you can. 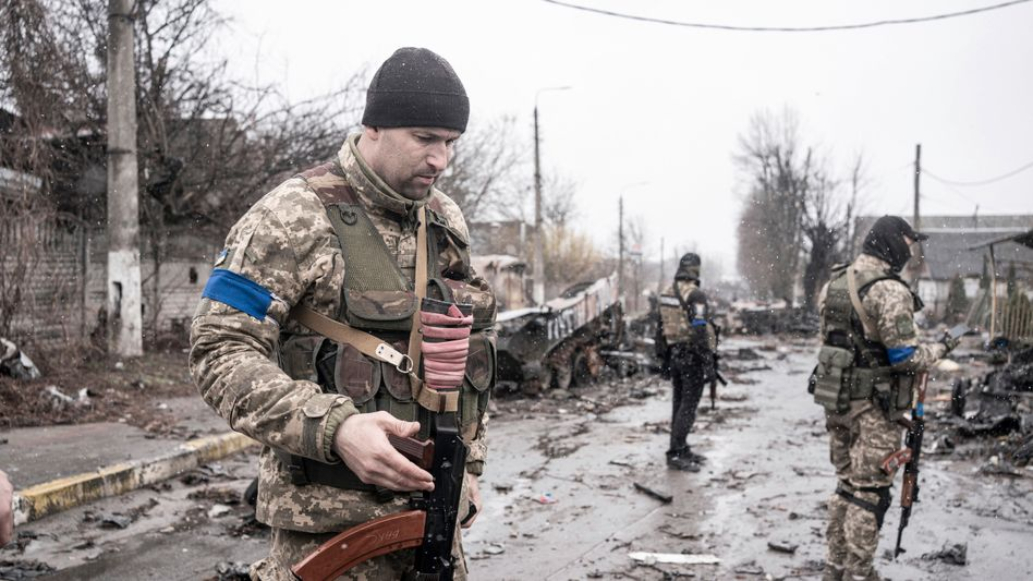 The title of this article is a quote by the famous Chinese general, strategist, philosopher, and writer Sun Tzu who lived 2500 years ago.  And while it is true that warfare has dramatically changed over the past millennia (for example, operational art was added as an intermediate level between tactics and strategy), the fundamental logic of Sun Tzu still applies.  To grossly oversimplify this issue, you could say that tactics are the means toward an end that has to be defined and the definition of that end goal is strategy.  Again, this is ridiculously oversimplified, but for our purposes that is good enough.

The above is highly pertinent to the situation in the Ukraine.  But first, a crucial reminder: the Ukrainian military was pretty much destroyed in the first month of the war. Both Andrei Martyanov and I have written about this many times, but if you want to hear that from another source, I recommend this article by Big Serge on Substack (a good website that I recommend to all).  Or listen to the Macgregor videos.  And there are plenty more out there (Moon of Alabama is another good one).

During that first month of the war, the West was so busy trying to present the Russian incursion towards Gostmel as both:

that the western media was focusing on that nonesense, while what was completely lost in this propaganda war was the destruction of the Ukronazi armed forces.

The Ukronazis, however, understood what was happening and agreed to negotiations.  As we all know, the AngloZionists sent Bojo to Kiev to stop what looked like an imminent end to the war.

Anyway, let’s look at the goals of each side in the early phase of the war:

By any standard of common sense the war should have ended in March.  Why? Because, again, the  entire Ukronazi military was basically destroyed and disorganized.  Then the “geniuses” in the West came up with a very simply solution:

Initially, that approach looked very promising, but that did not last very long.

That 2nd iteration of the Ukronazi was also destroyed by Russia, albeit at a much slower pace because the Russians were faced with some very thorny problems:

Yet, in spite of it all, Russia succeeded in destroying most of the ex-WTO hardware and forcing the Ukronazis into exchanging “bodies for artillery shells” – a crazy, immoral and futile tactic which simply could not be sustainable.  As a result, the Ukrainian KIA/MIA figures further skyrocketed, but nobody in the West cared in the least.

What is important here is that not only did the Ukronazis lose a lot of hardware and soldiers, but they lost a lot of their *best* soldiers (entire brigades, and the best ones, were lost around Bakhmut!).  That means that while NATO could tell Kiev to mobilize more and more men to send to the front, most of those which were mobilized and hastily trained could not really compensate for the huge Ukronazi losses.  Training Ukrainian soldiers in the Ukraine was dangerous (the Russians missile strikes meant that nowhere in the Ukraine was there a safe location to do the training), and training the Ukrainians abroad was safer, but also required a much bigger effort for a much smaller force.

And, inevitably, the ex-WTO hardware delivered to the regime in Kiev in HUGE numbers was also gradually destroyed in Russian strikes.

Furthermore, geography is a bitch and, in our case, the entire Donbass is one huge cauldron, open only on the western side, which makes it rather tricky to plan anything more than small, local, attacks.  For the Russians, however, this means that they can attack from any one of these axes: from the north, the East and the South or even any combination therefore.  By now, following the partial mobilization, Russia does have the figures needed to chose any option she wants.

Pretty soon, the West ran out of ex-WTO weapons.

The West responded by sending wave after wave of “volunteers”, PMCs, even “deserters” (like this US Navy SEAL).  Recruitment offices where hastily organized worldwide and the Russian side began hearing more and more radio transmissions not on Russian or Ukrainian, but in Polish and English (and even Arabic!).

The problem now is hardware.

First, NATO cannot replace “one for one” ex-WTO MBTs, IFV/APCs, SAM, etc.  Not only is NATO hardware expensive, there are simply not enough stores to fully compensate for the huge losses inflicted by the Russians.

Second, WTO hardware was not only familiar to the Ukrainians, but it was much easier to secure the kind of supply/maintenance flows needed to operate it than would be the case with NATO hardware (which is mostly inferior to ex-WTO kit, with a few exceptions).

Third, most of NATO hardware performed terribly.  None of the promised Wunderwaffen made any real difference, at least in military terms.  In terms of murdered civilians, the Russians have now reported that since the delivery of long range munitions to the NATO forces in the Ukraine (because that is what they are), the number of civilian victims murdered by NATO has increased by a factor of four!

But, of course, nobody in the West cares about that.

Initially, the West responded by sending all its own surplus gear, old stocks, especially against a promise by the USA to compensate for these systems sent to the Ukraine with much newer systems.  Pretty quickly those stocks ended up chewed-up by the Russian meat grinder too.

In other words, the Russians also destroyed this 3rd iteration of the “Ukrainian” military (in reality NATO military).

Which brings us to today’s situation.

The Empire is now facing a simple and extremely dangerous dilemma: NATO forces in the Ukraine are running out of both hardware and personnel.

If the West sends, say, a company or even a battalion of MBTs to Lvov and several Patriot batteries to protect Kiev, that will make no military difference on the ground.  Yes, quantity does have a qualitative dimension and such limited deliveries of weapon systems and personnel might make for great “noise” (in Sun Tzu’s sense), but make no difference.

And if the West sends a large enough force to make a difference, that would inevitably result in a major continental war NATO cannot win.

This all begs the question: what is the West’s true goal in the Ukraine?

Let me suggest a few:

There are problems with all three of these goals, the main one being that none of them qualify as “strategy” (they are too vague to begin with).  The second problem is that the West does not have the means to achieve any of these goals.  And the third is by sticking to such utterly unrealistic goals will make the inevitable defeat and subsequent loss of face for the entire West even worse.

So what can the US/NATO bring to the table?

Since we know from Sun Tzu that “tactics without strategy is the noise before defeat” we can immediately see that none of these capabilities has any chance to avoid a NATO defeat.  In other words, US commanders will soon have to face an even worse choice: defeat or nuclear war.

I submit that the West currently has neither (real, meaningful) tactics nor any strategy.

All I see is magical thinking, narcissistic delusions, a mindset shaped by centuries of relative impunity and an over-arching, blind, hatred of Russia and everything Russian.

Hardly the ingredients for a victory (under any definition thereof) against the most powerful continental warfare military on the planet.

Andrei Raevsky (The Saker) is the founding editor of the eponymous-named sites dedicated to geopolitical analyses of the clash between the collective West and Russia.

Something to celebrate: Homeless dog with pumpkin sized head is barely recognizable today

US May Help Ukraine Launch An Offensive On Crimea