Home CLASS STRUGGLE The Public Overwhelmingly Wants It: Why Is Taxing the Rich So Hard?

The Public Overwhelmingly Wants It: Why Is Taxing the Rich So Hard? 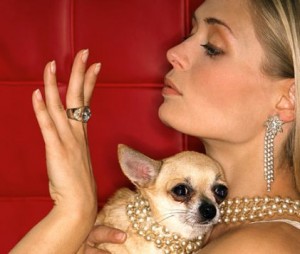 The obvious answer is that rich people have political clout—but can it really be so simple? A growing mound of evidence suggests that while wealthy people’s preferences may not be the only factor in political decision-making, it’s a worrisomely important one. In a recent study, Princeton political scientist Larry Bartels found that senators outright ignored the views of their least advantaged constituents while catering to the preferences of the wealthy. Princeton’s Martin Gilens has also foundthat policy changes reflect the preferences of the most affluent, while the preferences of poor and middle-income Americans have almost no bearing.

Politicial scientists Lawrence Jacobs and Benjamin Page have found that the preferences of foreign policymakers correspond more to the preferences of executives of multinational companies than to the general public. Page and Jeffrey Winters estimate that the top 10 percent of income earners hold about 90 percent of materially based political power, and that “each member of the top 1 percent averaged more than 100 times the power of a member of the bottom 90 percent; about 200 times if the index is calculated in terms of the more politically relevant non-home wealth.” These numbers are staggering, and should be seriously troubling to anyone who thinks political equality worth defending. Indeed, by Page and Winter’s definition of oligarchy as “the extreme political inequalities that necessarily accompany extreme material inequalities,” it’s pretty hard to argue that the United States isn’t an oligarchic society.

The simple fact of the matter is that the people who can afford to fund and engage in Beltway politics, from idea-generating to legislation-drafting, are disproportionately wealthy, so it’s difficult to suss out just how much of politicians’ deference to the preferences of the wealthy is responsiveness to the wealthy themselves as opposed to the general alignment of rich people’s interests with those of influential elites, organized special interest groups, business lobbies, and those of policymakers themselves.

Because of course, plenty of politicians are themselves wealthy—the median net worth of members of Congress is just under a million dollars. Being wealthy doesn’t necessarily mean you’re a shill for lower taxes—indeed, John Kerry and Jay Rockefeller, two of the richest senators, have advocated more progressive tax rates—but it certainly means that most representatives have a different perspective on economic matters than the average American. Indeed, the 10 richest members of Congress—supporters of progressive taxation or no—all voted to extend the Bush tax cuts.

If anything, we probably understate the political influence of the rich. In part, that’s because we can’t quite comprehend the magnitude of economic inequality and the extent to which political power is correlated with it. The real numbers—like that the wealthiest 300,000 Americans received as much income as the bottom 150 million—sound too crazy to be true. As a result, proposals to raise taxes on the wealthy are so often dismissed as wild-eyed populist rhetoric—“soaking the rich”—rather than legitimate, reasonable policy prescriptions.

Furthermore, while we take for granted that the wealthy have more political power than the average citizen, we figure that the sheer numbers of middle class and low-income voters can outweigh the preferences of the rich in swaying public officials. Robert Reich, for example, has argued that the rich have the political power to block higher tax rates “only if we let them,” saying “here’s the issue around which Progressives, populists on the right and left, unionized workers, and all other working people who are just plain fed up ought to be able to unite.” And indeed, that kind of coalition-building is the basis for much progressive politics. But as the wealth and power of the most privileged Americans increases, it’s becoming harder and harder for the rest of us to keep up even in the aggregate.

So instead we’re getting caught in a negative feedback cycle: as the rich get richer and more powerful, policies are increasingly aligned with their interests, which increases inequality still further. Meanwhile, the middle and working classes are left with shrinking incomes and correspondingly less and less power to demand investment in a more equitable economy—and a broader tax base. Unions used to be able to counter the power of the wealthy, but their decline has left the average worker with little recourse. Instead of presenting an organized alternative to the views endorsed by the rich, average Americans are left to voice their political preferences through the vague format of an opinion poll. It’s no wonder that, as political scientists Jacob Hacker and Paul Pierson write, “America’s public officials have rewritten the rules of American politics and the American economy in ways that have benefitted the few at the expense of the many.”

So while it’s absolutely true that the rich pay far more in income taxes than the rest of us—the wealthiest 1 percent of Americans pay 38 percent of income tax—that tiny fraction of the populationalso receives about 24 percent of income, accounts for about 34 percent of net worth, and holds 42.7 percent of financial wealth (net worth minus the value of one’s home). And those are statistics from before the crash—though there are only tentative estimates of current wealth distribution, many economists actually think it’s gotten more unequal.

Since average people’s wealth is largely tied up in their homes, the wealth of the median household has dropped an estimated 36 percent since the housing bubble popped, while the wealth of the top 1 percent has fallen a comparatively small 11 percent. As Bartels concludes,“the economic order of the contemporary United States poses a clear and profound obstacle to realizing the democratic value of political equality.” In other words, as long as economic inequality is as extreme as it is now, political equality will remain an ideal rather than a reality. We need to make this case over and over again—right now we’re in danger of drawing exactly the wrong lessons from the economic nightmare of the past few years.

In a Wall Street Journal piece a couple of weeks ago, former California economic forecaster Brad Williams states “We created a revenue cliff…We built a large part of our government on the state’s most unstable income group.” The people protesting with signs reading “We Love Jobs,” he suggested, were “missing the real point.” But it’s Williams who’s missing the point: what we really did was build a large part of our economy around an unstable income group and industry, and what we need to do is build an economy with a broader base and more evenly distributed resources.

Indeed, many arguments given against raising taxes are in fact reasons for decreasing the financial and political power of the wealthy. Worried that rich people will leave the state, or even the country, to avoid property or income tax? Don’t build an economy that depends on a small number of people who have the resources to leave sticking around. Worried that rich people won’t invest in their businesses or create new jobs if we tax them? Don’t build an economy that depends on a few wealthy people hiring the rest of us. Worried that rich people’s incomes are too volatile? Don’t build an economy so heavily dependent on financial markets. And make no mistake: although the Journal would have you believe the distribution of wealth is a naturally occurring phenomenon, state investment and regulation plays an essential role in the structure of the economy. If we want a more equal playing field, we can have it—but we need to start now.

Alyssa Battistoni is a writer and graduate student in geography and environment at Oxford University.

The BRICS as an Antidote to the Intellectual...

George Orwell was a reactionary snitch...

“Father, forgive them for they know...