BanderaWocky (with apologies to Lewis Carroll) (1) 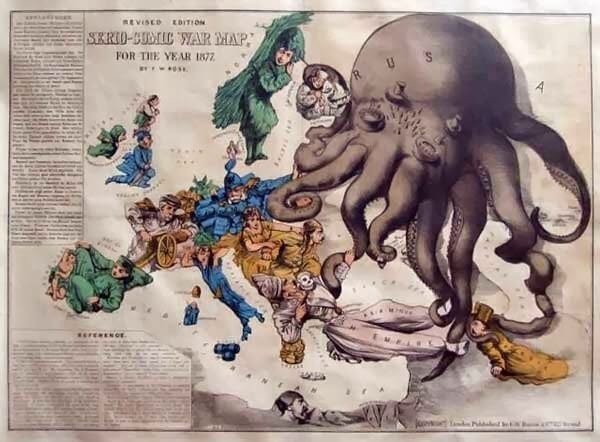 ‘Twas brillig, and the slithy Neocons

Did gyre and gimble in the Bandera-wabe;
All mimsy were the Liberal Fascists,
And the TeaBangers outgrabe.
“Beware the Pravy Sector, my son!
The jaws that bite, the claws that catch!
Beware the Kaganate of Nulands (2),
And shun the frumious Brzezinski!”
“Beware the Western Liberal Armchair Revolutionaries
And their 50 caliber keyboards!
Spraying Putin-bashing hate and Russophobia (3, 4)
In the service of their romantic war fantasies!
And shun the frumious MiniGumps!”
Putin and Russia “could’a would’a should’a” they cry!
“He’s a coward and a traitor,
Hang the bastard, hang the SOB
He betrayed Novorossiya!”
Obsessively and compulsively shout
These fifth columnists against Russia,
Fifth columnists against a multipolar world,
In the secret service of the Hegemon.
“Beware the Demented Westerm Occultists, my friend!
Comfortable armchair strategists,
consulting the I Ching and Tarot cards for guidance
on what the latest news from Novorossiya means —
Painfully dumb to the propaganda war.
And shun the frumious Suchanites!”
“Beware the latest doppelgänger of The Thing (5),
Ukrainian Nazis nurtured in the fetid uterus of Empire,
Yet another malignant spawn to create chaos and sow death,
Loosed upon a Europe so recently cleansed of Naziism,
At the cost of 30 million Russians.
The Nazi resurgence ignored by mainstream media collaborators,
A monster to be targeted for elimination by the Hegemon,
Once the familiar lifecycle comes full circle.”
He took his vorpal sword in hand:
Long time the manxome foe he sought —
So rested he with the spirit of St. George (6),
And stood a while in thought. 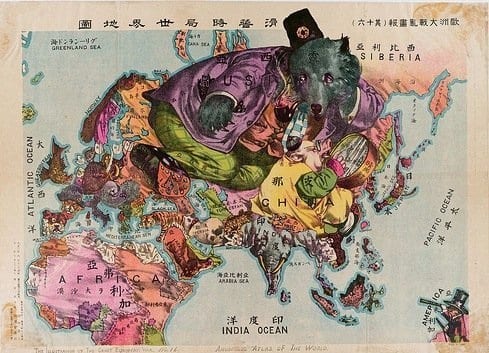 “Violence called justice cascades down the hierarchy,
One percent takes forty percent or more
Only terrorists resist sayeth the Death Culture Courtiers
Und arbeit macht frei!”
And as in uffish thought he stood,
The Bandera and his Polish Knights, with eyes of flame,
Came whiffling through the tulgey wood,
And burbled as they came!
One, two! One, two! and through and through
The vorpal blade, blessed by St.George went snicker-snack!
He left them dead, and with their heads
He went galumphing back.
“And hast thou slain the Bandera-istas?
Hast thou vanquished the Oligarchs and their ObombaSnatch?
Come to my arms, my beamish boy!
Oh frabjous day! Callooh! Callay!”
He chortled in his joy
‘Twas brillig, and the slithy Neocons
Did gyre and gimble in the Bandera-wabe;
All mimsy were the Liberal Fascists,

Daniel Wirt is a physician.  In the advanced stage of capitalism in which we live, destruction of the biosphere and human extinction are imminent, and humans are afflicted with an epidemic plague of fascism, including the many “glad tidings of liberal fascism” (Norman Pollack).  Inna Kukurudza, presente!

“And if I laugh at any mortal thing,

This is why the Russians want to tightly regulate foreign NGOs

How the Democrats Became the Party of Neoliberalism