Editors Note: US political debates between presidential contenders—highly scripted spectacles according to the best canons of public relations—are not really debates, they are simultaneous but separate press conferences with a single media creature officiating as “impartial” questioner. Each member of this pathetic duo never answers or questions the other’s pronouncements, and emotion rarely enters the picture since the moderator’s role is primarily one of “dampener” and “homogenizer”. It’s American television’s pre-eminent task, to safeguard the stifling priggishness at all costs in the name of a misplaced decorum.  In this kind of framework the audience is never permitted to see or hear anything contradicting the carefully rehearsed lies that buttress the status quo, dispensed by both so-called parties with equal cynicism. —PG 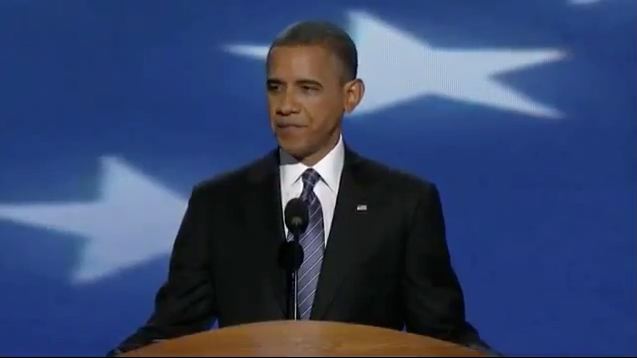 The slickest and most powerful snake oil salesman in the world today.

So-called presidential debates are well-rehearsed, prescripted theater. Theater of the absurd best describes them. Election outcomes aren’t influenced. They don’t edify. They insult. Wednesday night was no exception.  Even some media scoundrels were underwhelmed. At least one was honest as far as his editors let him. London Guardian contributor Charles Ferguson headlined “America’s duopoly of money in politics and manipulation of public opinion,” saying:

“Behind the divisiveness lies a deeper bipartisan consensus in which donors own democracy and there are no votes (for) reform.”

“(S)ometimes, as with George W. Bush, we also get a moron.” This election is different. We’re “explicitly seeing the effects of America’s new political duopoly” up close and personal.

It’s not new. At most it’s repackaged to look that way, but not to observers who know how things in America work.

Obama and Romney “completely (avoided or remained) dishonest about (key) economic issues.” The bizarre was also evident. A Republican attacked a Democrat on unemployment. He, in turn, said give us more time. We’ll fix things. Obama’s first term was spent wrecking them. Neither candidate plans undoing decades of damage.

Both know the score but won’t say so. They also claim they’ll “reform Washington.” Neither means it.

They avoided serious issues begging for discussion. They include “causes of the financial crisis; the lack of prosecution of banks and bankers; sharply rising inequality in educational opportunity, income and wealth (disparity)….the impact of industrialized food on” health and skyrocketing food and healthcare costs; budget deficits and national debt; disappearing jobs not being replaced, and war and peace.

How can what’s most important be omitted? How can either candidate claim he debated? Politics and honesty are mirror opposites. Both candidates ignore what most needs addressing.  Obama “can win because he’s somewhat less bad, somewhat less utterly bankrupt, than the other guy. Welcome to America’s new and improved two-party system.” It’s the same one, just more corrupt.

Salon editor at large Joan Walsh [a regular liberal, ignoring the lies] said Obama was “subdued, deferential, (and) over-prepared.” Romney shook his “(E)tch-a-Sketch and lied his way through the entire debate with no challenge from moderator Jim Lehrer” or Obama.

Wednesday night “sunk into an unenlightening recitation of tired talking points and mendacity.” Voters perhaps walked away saying a pox on both candidates.

Romney avoided discussing anti-populist policies he endorses. Obama failed to challenge the worst about him. He’s got plenty of his own crosses to bear.

Viewers weren’t helped by moderator Jim Lehrer’s pathetic performance. He never challenged either candidate on vital truths. Expect debates two and three to be painful repetitions of Wednesday night. [The lack of challenge from Lehrer —an establishmentarian to the hilt—fails to impress us, as he’s as much a media scoundrel as the rest, only perhaps more convinced of his nonexistent superiority.—Eds]

Why anyone bothers to watch shows the deplorable state of the US electorate. Most are uninformed, out of touch, and indifferent.

A Chicago Tribune editorial said Obama “skipped this debate. (He) slumped his shoulders, smiled mostly to himself, and for some reason kept staring mostly down.” Hope and change were gone. They never were there in the first place.

Both candidates “studiously maintained the evasions and omissions at the heart of their policies. The debate was wonky (but not) honest.” Issues most important weren’t discussed.

Obama and Romney “were strikingly complicit in failing to confront the magnitude of the fiscal challenge the winner will face immediately. The overriding feature of the debate was a tacit conspiracy of avoidance.”

Domestic issues were stressed. Slogans and one-liners substituted for solutions. “(M)any Americans may well be confused as to what exactly the differences are between the two candidates.”

They’re in lockstep on issues mattering most. Overall, barely a dime’s worth of difference separates them. Duopoly power allows little wiggle room. What it says goes.

So voters say, ‘Let’s just vote for the least worst.” Half the electorate disses both sides and opts out.

Whether in office, campaigning or debating, rhetoric substitutes for commitment. The best from Obama was saying vote for me and I’ll try harder.

It’s hard arguing with truths. Too bad most others were excluded. Not a word on imperial lawlessness, permanent wars, $1.5 trillion spent annually on defense, everything related to it, homeland security, intelligence, and black budgets as far as the eye can see with estimates only on what’s in them.

What about banker bailouts, tens of billions in other corporate handouts, out-of-control corruption, a sham electoral process, and growing poverty at Great Depression levels!

What about past and planned domestic spending cuts when stimulus is urgently needed! What about tax cuts for corporations and rich elites when vital people needs go begging! What about bipartisan governance making America no fit place to live in and a threat to world peace!

What about holding politicians accountable when they lie and betray constituents that elected them! What about addressing issues mattering most and changing things! What about doing the right thing instead of same old, same old!

What about fixing America’s broken infrastructure instead of waging wars and destroying it in one country after another! What about prioritizing populism instead of slash and burn budget cuts affecting ordinary people most!

What about giving government of, by, and for the people real meaning! What about doing what never was done before! What about making America beautiful instead of being hated for threatening humanity!

Don’t expect any of the above from Republicans and Democrats. Blackguards, scoundrels, scalawags, and menaces best describe them. Expect more of the same or worse post-election.

It doesn’t matter who wins. It’s the American way. It’s up to ordinary people to change things. They have to do it on their own. It won’t happen any other way.

Stephen Lendman lives in Chicago and can be reached at lendmanstephen@sbcglobal.net. His new book is titled “How Wall Street Fleeces America: Privatized Banking, Government Collusion and Class War” http://www.claritypress.com/Lendman.html