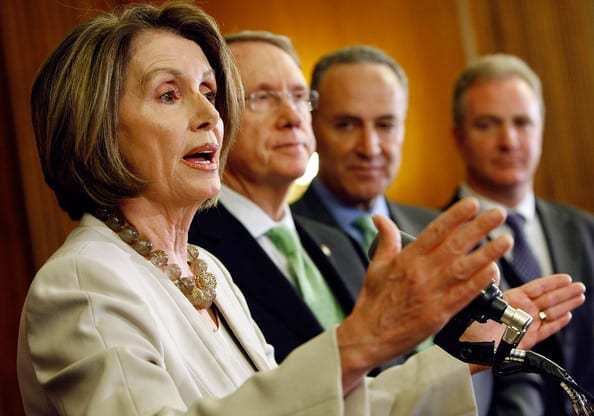 Shameless enablers, one and all.

Here’s MSNBC’s Maddow, again, in an excellent piece on how Republican extremists continue their systematic assault on women’s rights in America. The piece itself is impeccable, but what’s missing is the larger context, the “backstory”: for example the fact that in far too many instances the GOP has prevailed because the Democrats have simply folded or collaborated with this abject party. But perhaps even more damnable, the ultimate treason, is the fact that in both 2006 and 2008, when Bush’s regime and the GOP had —deservedly—plummeted to their lowest popularity ratings, and the Dems literally had a mandate to clean up house, it was Obama and the traitorous Dems who extended a hand to revive the ghoul, and the rest is history.  With the monster on the canvas, they should have driven a stake through its heart, but no, (upper) class imperatives dictated their moves.

Remember that when you watch Obama, or any Democrat, or TV liberals like Maddow,  pulling their hair, or fuming about the excremental politics fielded by the Republicans.  What else did they expect? Doesn’t anyone know how things evolve in history?  Yes. Merits to be said again: They could have KO’d the damn party years ago, but instead chose to resuscitate it.  Yea, the party of “audacity,” of eternal hope.

Of course, the Republican reactionaries featured in these reports deserve every insult they get, they deserve to be treated with contempt and exposed for their appalling actions. But the revolting filth and evil represented by the GOPers is only half the story. The other half is their enablement at the hands of their putative political foes.—P. Greanville

Visit NBCNews.com for breaking news, world news, and news about the economy

The Judicial Lynching of Bradley Manning

Marxists Behaving Badly: Anti-Stalinism on the...