By Patrick Martin, wsws.org
Who says the Confederacy lost? 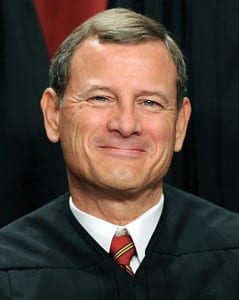 Tuesday’s decision by the US Supreme Court gutting the 1965 Voting Rights Act is an outrage that must be answered by working people. This act of judicial oppression is a milestone in the mounting attacks on democratic rights by the US financial aristocracy and its political servants.

By a 5-4 margin, the court effectively abrogated one of the most important pieces of civil rights legislation in American history. The Voting Rights Act remains on the books, but its enforcement mechanism has been declared unconstitutional and struck down.

The opinion written by Chief Justice John Roberts is insolent in its dismissal of any concern over five unelected judges overturning an act of Congress and defying the popular will. This ruling will shock and anger millions of working people—and it should.

Roberts, Antonin Scalia, Clarence Thomas, Samuel Alito and Anthony Kennedy will go down in history alongside those high court justices who issued the pro-slavery Dred Scott decision in 1857. On the eve of the 150th anniversary of the battle of Gettysburg, these minions of American capitalism have demonstrated that the US ruling class is opposed to the democratic principles for which millions of working people have given their lives.

[pullquote] For nearly a century, Congress took no action to enforce the Fifteenth Amendment, while African Americans were systematically disenfranchised throughout the southern states. Only in response to mass civil rights struggles that spanned more than a decade was the Voting Rights Act finally enacted in 1965. [/pullquote]

The narrow majority dropped any pretense to judicial restraint or respect for the separation of powers, overturning a law that was reauthorized only seven years ago by overwhelming votes—98-0 in the Senate, 390-33 in the House of Representatives—and signed into law by a Republican president, George W. Bush.

In striking down a key section of the Voting Rights Act, the court majority defied the plain language of the Constitution. The Fifteenth Amendment, adopted in the wake of the Civil War, reads:

Section 2. The Congress shall have power to enforce this article by appropriate legislation.

For nearly a century, Congress took no action to enforce the Fifteenth Amendment, while African Americans were systematically disenfranchised throughout the southern states. Only in response to mass civil rights struggles that spanned more than a decade was the Voting Rights Act finally enacted in 1965. The law is explicitly grounded on the language of Section 2, which provides the most sweeping grant of legislative power that can be afforded by the Constitution.

Section 4 of the Voting Rights Act identified those states, mainly in the South, which were to face federal oversight of voting and election law changes because of their long history of excluding African Americans from the polls. In the course of several renewals, most recently in 2006, Congress broadened the law to include discrimination against minority language groups, such as Hispanics, and added more states or counties found to have engaged in discriminatory practices.

The court majority declared that the coverage formula laid down in Section 4 had become outdated because of increases in registration and turnout at the polls on the part of African American voters. But the majority opinion scarcely attempted to justify this claim. Roberts wrote, “When the law was last renewed, in 2006, Congress relied on data from decades before.” But nowhere did he address the thousands of pages of evidence of ongoing acts of racial discrimination accumulated as part of the 2006 renewal.

In fact, the majority opinion in Shelby County v. Holder offers nothing of any substance, legally or factually. It is a pile of words concocted for the purpose of justifying a decision reached long in advance—and foreshadowed in the language of an earlier decision, Northwest Austin Municipal Utility District Number One v. Holder in 2009, which turned aside a previous challenge to the Voting Rights Act on technical grounds.

If the ultra-right majority on the court now feels emboldened to go further, it is because it is not acting in a vacuum. These justices are encouraged by the general atmosphere of reaction that permeates government and media circles.

The president of the United States asserts the right to target any individual, including US citizens, for assassination. Those such as Edward Snowden who expose government criminality are witch-hunted and vilified as traitors. An entire American city, Boston, is placed on lockdown in complete disregard of fundamental constitutional rights—all without any significant opposition from within the political establishment.

The five arch-reactionaries would not dare to hand down such a ruling if they were not encouraged as well by the cowardice and complicity of American liberalism and the Democratic Party, which have gone along with sweeping attacks on democratic rights. None of these spent forces will lift a finger to defend the democratic rights of the people.

The claim by Roberts that there is no longer any significant racial discrimination in the states targeted by the Voting Rights Act is patently false. These states, particularly in the Deep South, remain among the most politically reactionary and backward in the US, with the highest rates of executions, the worst conditions of life for the masses, and incessant efforts to curtail the right of workers and minorities to vote.

The dissenting opinion written by Justice Ruth Bader Ginsburg, and signed by three other justices, had no difficulty citing a mass of empirical evidence of ongoing racially-motivated discrimination, including efforts to purge the rolls of black voters, the redrawing of electoral boundaries to eliminate black office-holders, and the moving of polling places to make it harder for blacks to vote.

Ginsburg noted the character of the plaintiff, Shelby County, Alabama, in the suburbs of the city of Birmingham, one of the key battlegrounds of the civil rights era. The majority opinion made no attempt to explain why federal oversight of Shelby County should be ended, nor could it since both the county and towns within it have repeatedly been sanctioned under the Voting Rights Act for discriminatory practices, as recently as 2008.

As for the claim by the majority that the Voting Rights Act had become outmoded by social progress in the South, Ginsburg pointed out that the law was designed to be flexible and included a bailout mechanism allowing states to leave federal oversight if they went ten years without being successfully sued for discrimination. Not one of the states covered by the law has attempted to qualify, although hundreds of cities, counties and smaller jurisdictions have done so.

Ginsburg also made short work of the claim that the Voting Rights Act formula amounts to “unequal treatment” of the states, pointing out that this is commonplace in federal laws, from appropriations bills that award funding disproportionately to small and rural states to laws that apply to only a single state (as in provisions covering disposal of nuclear waste).

The dissent underscored the fact that the court majority is engaged, not in rational argument and analysis, but in pushing toward a predetermined goal, using whatever pseudo-legal verbiage might fill the bill.

Scalia voiced the sentiments of this majority when he sneered during the oral arguments in the case that Congress reauthorized the Voting Rights Act in 2006 only because of “a phenomenon that is called perpetuation of racial entitlement.”

The attack on the right to vote is not fundamentally a racial issue. It is part of an assault on the democratic rights of the entire working class. Dozens of states in recent years have enacted voter ID laws and other anti-democratic provisions in a deliberate effort to make it harder for the poor, the elderly, and students to vote.

There is a definite class logic behind this campaign: the American ruling elite is well aware that its policies of militarism and social austerity are opposed by the vast majority of the population. Opinion polls show only 15 percent support the Obama administration’s drive to war in Syria, and even fewer back cuts in Social Security, Medicare and other social benefits. To carry through the reactionary program of the financial aristocracy requires dispensing with democratic forms of rule.

The 5-4 ruling to wipe out a crucial legal guarantee of the people’s right to vote comes barely a decade after a similar political milestone: the 5-4 ruling that ratified the theft of the 2000 presidential election and installed the loser of the popular vote, George W. Bush, in the White House.

From Bush v. Gore to Shelby County, the Supreme Court has lost all credibility in the eyes of the people. It deserves neither deference nor respect. The defense of democratic rights requires the development of a mass popular movement of working people and youth in opposition to the entire political establishment, its two-party system, and the capitalist state institutions they defend.

Patrick Martin is a leading political analyst with wsws.org, information arm of the Social Equality Party.

Exposing the hidden ALEC story: rot in politics by design

Why the Ruling Class is So Upset About Edward Snowden

The equal rights ruling for gay marriage by the Supreme Court is made easier because most of the gay community are not particularly radical but it fits into the status quo of commitment to marriage and thus conversely strengthening conservative prejudices. Far more important of course is the exclusion of oversight on state laws that will restrict voting rights for the racially oppressed. But like Dr. King realized, the racial elements in oppression are part of the social oppression of the powerless and the poor. The struggle for equal rights remains therefore as urgent as before. Laws are designed by… Read more »

Reader Pavimentov is absolutely on the mark with his astute comment. Giving the green light to gay marriage cost the ruling class virtually nothing, while helping to refurbish the credibility of one of its masks, the Democratic party, and the system itself in the eyes of a minority which is for the most part only interested in this issue. The fact that gays can now marry does not threaten or alter one iota the power relations that rule this society: the capitalists remain capitalists and the hoi polloi, hoi polloi. Not for nothing did the conservatives exploit so shamelessly the… Read more »

The racial wars go on with deplorable viciousness. Trials like that of Simpson and now Zimmerman / Martin only exacerbates it. The cagey ‘star’ witness in Zimmerman / Martin clearly demonstrated her contempt. The Supreme Court shows its bias by behaving as if these wars were past. Not much advancement then for the oppressed despite a few who escape, often only by adhering to an approved elitist dogma. Those like Judge Thomas who surely has to conceal his anger probably suffer spiritually the most, because they must deny their own sublimated oppression (cf Frantz Fanon). We are in a vicious… Read more »