Home AMERICAN EXCEPTIONALISM There Is No Middle Ground

There Is No Middle Ground

Special to The Greanville Post | Commentary No. 7: “There Is No Middle Ground” 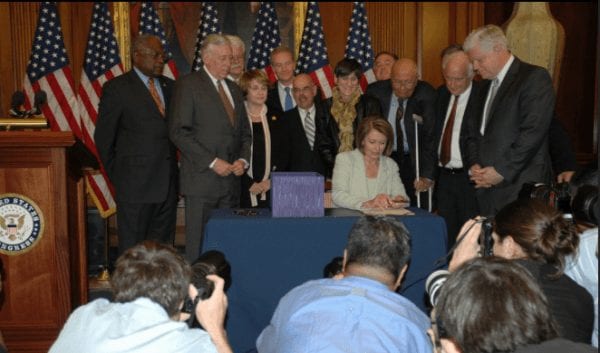 The Democrats’ leadership personifies the useless and misleading doctrine of the “Third Way”—a cover for social democrats —at best—doing the dirty work of Big Business.

[dropcap]A[/dropcap] recent publication in The Nation (June 8, 2105) by Mike Konczal was entitled: “The Proof That Centrism is Dead: Every story that centrists told about the recession turned out to be wrong.”  It focused on economic policy and certainly made a very strong case for the proof that the title tells us is offered by the column: that is that there is no “center” on the major economic issues facing our nation.

Back in 2005 I authored a column (see the ref., below) that dealt with the “middle ground” issue on a broader basis.  At that time the powerful Democratic Rightists who had come together under the leadership of “The Great Triangulator,” Bill Clinton, were led by something called the Democratic Leadership Council (a self-styled, falsely-labelled, “Centrist” Democratic organization). The DLC supposedly passed away, fairly quietly, about five years ago, but its ethos is still very much around.

Taking off from where the DLC left off, the last several years have seen the festering of the so-called “third-way” organizations, like (yes, they call themselves that) the “Third Way” and “No Labels.”  They make believe that is (mainly Democrats) would “only reach across the aisle,” so many problems could be solved.  What they go out of their way to deny, over and over again, is that on most of the major domestic issues facing the nation today, there is simply no middle ground over which the aisle could be crossed.  The economic arguments presented by Mr. Konczal are certainly very important.  But there are a number of other important issues that should be considered as well, on which there is indeed no “middle ground.”

We begin with the critique of Iraq policy, which all of a sudden has made its way back onto the political stage.  (Couldn’t have to do with another Bush running for President, could it?  A Bush who waffles all the way to the bank on this one, could it?)  No, the Cheney/Bush War on Iraq was not “a mistake” that would not have happened “if we knew then what we know now.”  Along with everything else that we knew then were the findings of the Chief UN weapons inspector, Hans Blix.  He had been given full searching access by Saddam Hussein.  Blix’s response to the US WMD claims leading up the invasion was: “The CIA doesn’t know whether or not there are WM there?  Please, have them call me.  There aren’t any and I will be happy to share with them everything I haven’t found.”  The CIA never called.  Is there a “middle ground” on what really happened in Iraq?  No.

There is no “middle ground” on the matter of global warming and what is causing it.  One either accepts the scientific evidence or one doesn’t.  If one accepts the evidence, there is certainly much worthy debate on how to go about dealing with the problem, but the evidence-deniers are not part of that discussion.  And they will go to great lengths to put their denialism into the law.  GOP Rep. Sensenbrenner (literally “scythes burner”) of Wisconsin (who must share lots of votes with Scott Walker), added an amendment to the TPP legislation that it cannot be used to address climate change.  Rep. Steve “the only good [Latino] immigrant is a deported one” King added language furthering his war on immigrants.  And so on and so forth.  Not shy, are these folk, and there is no middle ground at all, for them.

Continuing, “Intelligent Design” either is science or it is isn’t.  No middle ground there.  One either believes the religious doctrine that human life begins at the moment of conception or that it begins sometime later.  Further, one believes, or not, that when it begins, up to the time of viability, is matter of personal belief, that should not be subject to a religion-based criminal law.  In this context, Lt. Gov. Dan Patrick of Texas once wondered how “God” would vote in a debate over abortion rights in that state’s Senate.

There is no middle ground on the matters of voter suppression and gerrymandering.  (And indeed there is a very easy solution to the so-called “problem of voter fraud,” even though it is virtually non-existent.  Offer free voter ID/photo cards, available at many sites throughout each state that is concerned with the matter.  Why the Democrats haven’t taken this up since the beginning is beyond me.)  There is no middle ground on the rich being able to buy the government they want, with virtually no limits.  One is either for the Citizens United “system” for buying elections, or one isn’t.  Nor is there a middle ground on whether or not the national infrastructure requires truly major, tax-based, government expenditures or it should be left to continue withering away to the point where the public will acquiesce in letting for-profit companies take it over (in which case tings would only get worse.  But that is another story.)

There is no middle ground on the matter of Separation of Church and State on, once again, abortion rights, as well as on gay marriage, LGBT discrimination, and the promotion by the state apparatus of one religion over another through the mis-named “Religious Freedom Restoration Act.”  The “middle-grounders” can only help the Republican Religious Right by muddying the waters on these fundamental issues and pretending that compromises can be reached.  They cannot.  The sooner the mainstream Democratic Party, and some well-meaning liberals as well, realize this, the better off our nation will be.

And so, how does the Duopoly play into this?  Well, the Republicans are very forthright in presenting and promoting their positions.  Consider, for example, what various Republicans are inserting in the truly job-killing Trans-Pacific Partnership legislation.  Then consider how so many Republicans are not at all shy about putting forth the religious basis of their positions on the criminalization of abortion and the state sanctioning on one religion over another, as Indiana tried to do in dealing with discrimination against the LGBT in the matter of public accommodations and services.

On the other hand, most Democrats, if they take any positions at all, just sort of mumble about them.  Certainly no “lines in the sand” are drawn.  And so, to what does this lead?  On many fronts, just the continuation of Reaganite policy that has ruled this country since 1981, the doing-nothing about global warming (did you know that on January 21, 1981, as one of his first steps the petroleum industry’s man-in-the-White-House Reagan a) dismantled the research operation that Pres. Jimmy Carter had set up to develop alternative energy sources and very symbolically removed the solar panels that Pres. Carter had had installed on the White House roof?), the ever-widening assault on abortion rights, the ever-expanding intrusion of the doctrines of the organized Religious Right into government policy at the Federal, state and local levels, and so on and so forth.  Republicans trumpet all of this stuff.  Democrats rarely even say boo to the GOP goose.  And so, although we seem to have two parties, despite the fact that objectively there is no middle ground, with a few exceptions here and there, whose sincerity and effectiveness are yet to be determined, like Senators Warren and Sanders, the Duopoly just rumbles on. 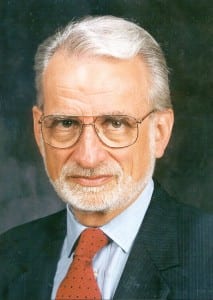 Poll finds mass opposition in Europe to war drive vs. Russia over Ukraine