Home AMERICAN DUPLICITY Syria – The War Can Be Limited

Syria – The War Can Be Limited

Every time the Syrian Arab Army beats the jihadists, new combatants arrive in Syria in their thousands. We are therefore forced to admit that this war is being cultivated from the exterior, and that it will last as long as soldiers are sent to die. So we must understand the external reasons which continue to maintain it. Then, and only then, can we elaborate a strategy which will spare lives. 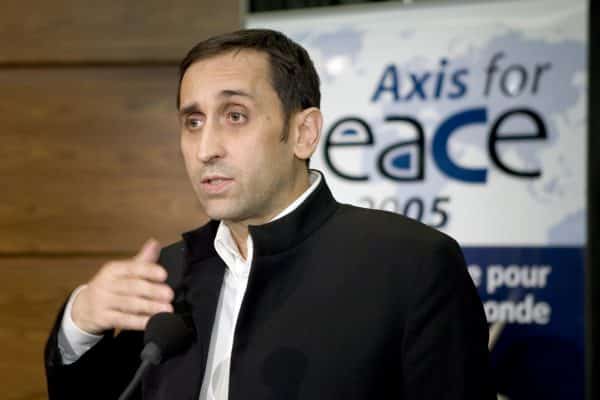 The author discussing the prospects for peace in the current era.

Syria has been at war now for more than five years. Those who supported the conflict first explained it as an extension of the «Arab Spring». But no-one today uses this explanation. Simply because the governments which developed from these «Springs» have already been overthrown. Far from being a struggle for democracy, these events were no more than a tactic for changing secular régimes to the profit of the Muslim Brotherhood.

It is now alleged that the Syrian «Spring» was hijacked by other forces, and that the «revolution » – which never existed – has been devoured by jihadists who are all too real.

As President Vladimir Putin pointed out, primarily, the behaviour of the Western and Gulf powers is incoherent. It is impossible on a battlefield to combat both jihadists and the Republic at the same time as pretending to take a third position. But no-one has publicly taken sides, and so the war continues. 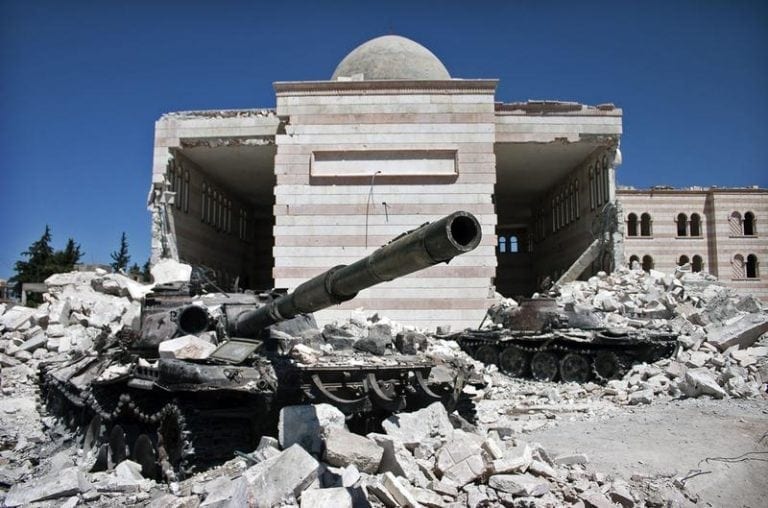 The truth is that this war has no internal cause. It is the fruit of an environment which is not regional, but global. When war was declared by the US Congress in 2003 with the vote on the Syrian Accountability Act, Dick Cheney’s objective was to steal the gigantic reserves of Syrian gas. We know today that the «Peak Oil» scare did not signal the end of oil reserves, and that Washington will soon be exploiting other forms of hydrocarbons in the Gulf of Mexico. The strategic objectives of the United States have thus changed. As from now, their objective is to contain the economic and political development of China and Russia by forcing them to engage in commerce exclusively by maritime routes which are controlled by their aircraft-carriers.

The “Arab Spring” may have proved a fraud or a dud.
Far from being a struggle for democracy, these events were no more than a tactic for changing secular régimes to the profit of the Muslim Brotherhood. It is now alleged that the Syrian «Spring» was hijacked by other forces, and that the «revolution » – which never existed – has been devoured by jihadists who are all too real.

As soon as he arrived in power in 2012, President Xi Jinping announced his country’s intention to free itself from these constraints and to build two new continental commercial routes to the European Union. The first route would build on the antique traces of the Silk Road, the second would pass via Russia and on to Germany. Immediately, two conflicts appeared – first of all, the war in Syria was no longer directed at régime change, but at creating chaos, while the same chaos broke out, for no better reason, in Ukraine. Then, Belarus contacted Turkey and the United States, expanding the Northern barricade which splits Europe in two. Thus, two endless conflicts block both routes. 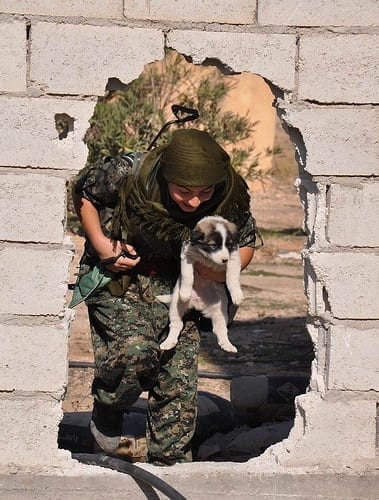 The good news is that no-one can negotiate victory in Ukraine against defeat in Syria, since both wars have the same objective. The bad news is that the chaos will continue on both fronts as long as China and Russia have been unable to build another route.

Consequently, there is nothing to be gained by negotiation with people who are being paid to maintain the conflict. It would be better to think pragmatically and accept that these are simply the means for Washington to cut the Silk Roads. Only then will it be possible to untangle the numerous competing interests and stabilise all the inhabited areas.

Thierry Meyssan, French intellectual, founder and chairman of Voltaire Network and the Axis for Peace Conference. His columns specializing in international relations feature in daily newspapers and weekly magazines in Arabic, Spanish and Russian. His last two books published in English : 9/11 the Big Lie and Pentagate. http://www.voltairenet.org

RUSSIAN INTELLECTUALS AND THE INTELLIGENTSIA

Thank you for the truth. I often wondered what beneficial result the US expected from supporting terrorist insurgents in Syria. Now I know!