Meet the Geronimos: Apache Leader’s Descendants Talk About Living With the Legacy 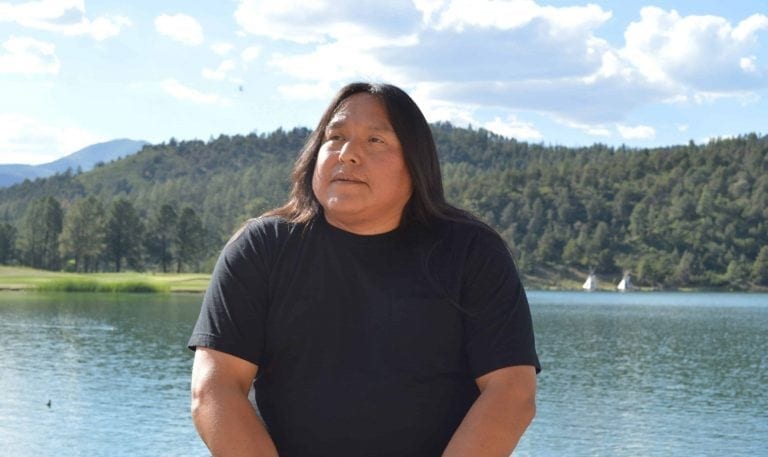 Robert Geronimo, a descendant of Geronimo, works at the Inn of the Mountain Gods, the tribe’s resort and casino in Mescalero, New Mexico. He became aware of his famous ancestor when he was in kindergarten. (Photo: Kerri Cottle)

Their Apache ancestors were chased, hunted and herded into history. Shaped by decades of war, Geronimo, Cochise, Victorio, Lozen and Mangas Coloradas (and those they ran with) cultivated a genius for survival so their descendants could live on.

But live on, how? By letting the ancestral legacy of greatness and distinction define them, or by wearing the identity lightly? For the living descendants of the Geronimo family of Mescalero, New Mexico, the answer is both.

The first time Robert Geronimo became aware of his famous ancestor was in kindergarten.

From then on his grandparents taught him to read between the lines of accounts of his great-grandfather as a blood-thirsty killing machine, or even as a “chief” leading his people.

“It wasn’t a dictatorship, everyone there had a say in deciding what was going to happen,” Robert explained, “including the women. Caught between the Caucasian and Mexican forces, they had no choice but to fight. There was nowhere else to go.” 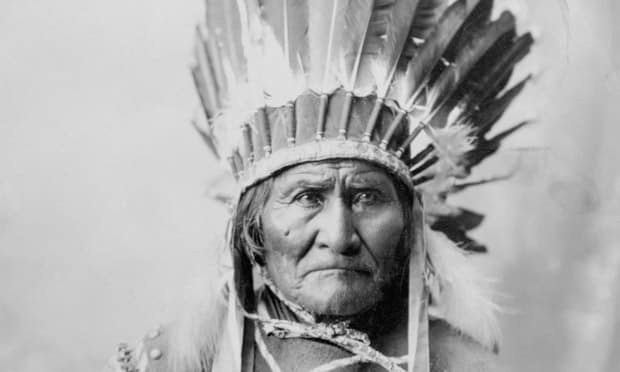 The great chief Geronimo and his Chiricahua people, along with other tribes, faced systematic genocide by a racist culture overwhelming in numbers and war technology. The tragic outcome was never in doubt. However, surviving native Americans remain a reservoir of exemplary valor, dignity, wisdom and civilized behaviour toward nature.

Robert holds a degree in math and computer science from Western New Mexico University in Silver City, and works in the Human Resources Department at the Inn of the Mountain Gods, the tribe’s resort and casino in Mescalero, New Mexico. His specialty is statistics, and he’s responsible for filing unemployment claims. There may be the occasional boring day, but he’s grateful to have shepherded his offspring to maturity.

“Geronimo had six wives and many children, but our line was the only one not killed,” Robert said.

[dropcap]H[/dropcap]is own son, Robert Samson, operates the mountain resort’s zipline and is happy with his job, even when guests sometimes scream “Ger-on-i-m-o!” as they’re flying through the air. “He just laughs, he’s cool with it,” his father said. Daughter Kristalynn Rose is a senior at the Art Institute in Phoenix, majoring in game design. Eldest Lauren Marie is mother to his 3-year-old grandson Wyatt McKinzey, and works in the Inn’s housekeeping department. Her passion is beading, learned from her grandmother. 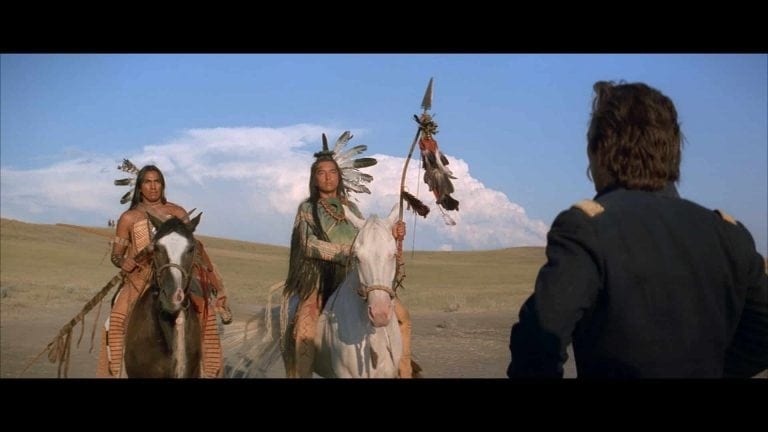 Kevin Kostner’s monumental Dances with Wolves (1990), is perhaps the best “revisionist history” film made by Hollywood, depicting Native Americans with respect and long overdue affection, and correcting many decades of unchallenged racist stereotypes based on ignorance and crude lies. The film deservedly went on to win the Best Picture Award in 1991. 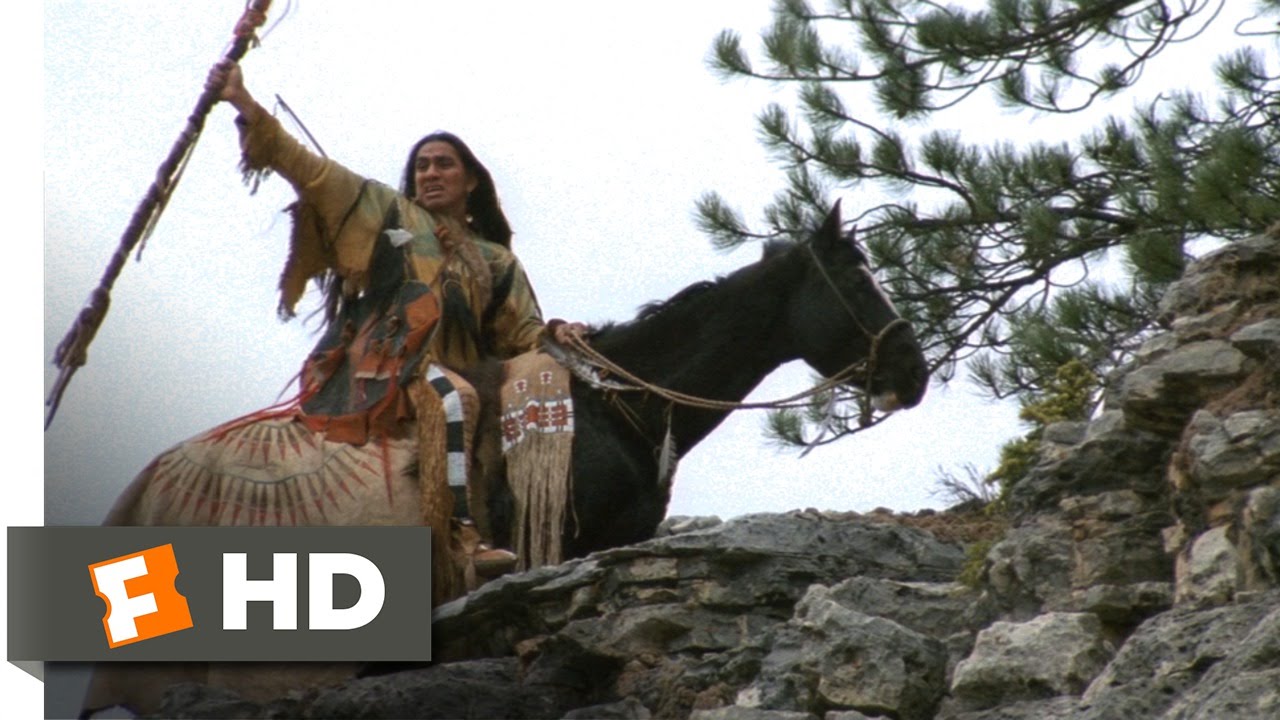 As his kids were growing up, during car trips around the Southwest or at the holiday dinner table, Robert conveyed the main point about his family’s legacy: “We never wanted war, but we were exceptionally good at it.” And he insists they never surrendered.“The only reason they came in was because the cavalry threatened to kill everyone. And with good reason, they believed them.”

In Robert’s view Geronimo didn’t stop being a leader after imprisonment, quite the opposite.

“He became the best leader of all when he was in prison, a peacekeeper. Apaches wanted to tear each other apart because some had been scouts for the cavalry,” he explained. “Geronimo pacified them, told them ‘the past is the past.’”

If Robert could speak with his famous ancestor, he’d tell him: “Be proud, we’re still here, we’re not gone, we’re still alive and doing decently well.” 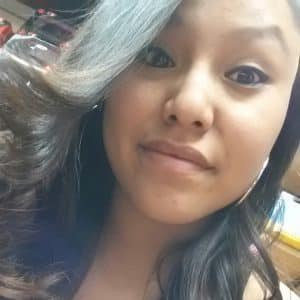 At 21, Hope Geronimo (Robert’s niece) is the youngest medicine woman among all the Mescalero Apache women, and she wonders if she’s received some of her ancestor’s spiritual gifts.

“He was somebody who had visions, I think I do sometimes,” she said. “I call out something and next thing you know, it happens.”

It feels to Hope as if her tribe’s traditional practices “picked her” and while she embraces that honor, the gift comes at a social cost.

“Something I’ve noticed, people have gotten scared of me. There’s times I can feel something’s going to happen, and when it does people freak out on me. So I’m quiet, I won’t say anything, keep it to myself. But I think that was something passed on from him.”

Hope would not hesitate to seek him out as a teacher. “I have so many questions about everything, and he would explain it all to me.”

Her grandparents always taught her that Geronimo wasn’t primarily a leader—he was a medicine man. They also instructed her to include him in her prayers.

“Now that he’s a spirit, he’s a really powerful medicine man. I ask him to help guide me.”

It’s the tribe’s tradition to name a boy child after his father, so her son will not carry the name forward. “But he has Geronimo’s blood in him, no matter what anyone has to say.”

The dream Hope most dreams for her son is that he too will be involved in traditional practices. “On his dad’s side, the family owns a Crown Dancing troupe. I want him to be part of that. And with me doing this, and doing it more, he’ll always be with me.”

Hope doesn’t deny that she conducts both her parental and medicine woman duties with a grave sense of responsibility.

“I wouldn’t want to be a disappointment to my ancestors,” she said.

This article originally appeared on Indian Country Today, to which we extend our thanks. This version of Ms. Madeson’s essay was annotated by Patrice Greanville. 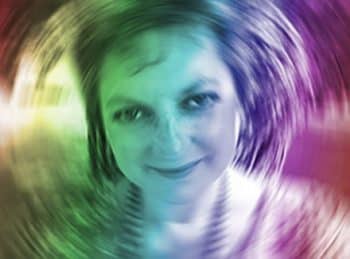 Mr. Trump and the Damage Done: Where does the Republican Party Go from Here?