Home AMERICAN DUPLICITY On Mass Media and its Perceived Prerogatives

Julian Assange has taken from the political elites their de facto right to conceal their actions from the public they claim to serve. But if we can learn anything from WikiLeaks is that a veil of secrecy many times concealS self-interest taken to a criminal degree.

Many journalists and researchers have shown us in the past that political and business elites prefer not to discuss policy with the rabble. Even as elections are many times represented as a rather weak (or limited) form of democracy, political elites demand to control them nonetheless. Quoting Hillary Clinton addressing the Israeli press in 2006:

Nothing out of the ordinary for the already notorious Democrat behind the infamous “we came, we saw, he died”, referring to Gaddafi’s murder, or “can´t we just drone this guy?”, referring to Assange.

American propaganda is not only pervasive but utterly false and hypocritical, mostly based on manufactured fears.

For some politicians, democracy, or a fair trial, is not for everyone. This disdain for democratic values is deeply rooted in Western societies, as Noam Chomsky and Michael Parenti, to mention just two noted scholars, have extensively covered throughout their work, even figures as central to modern liberal journalism as Walter Lippmann regarded the masses as “ignorant and meddlesome outsiders”, meaning regular citizens should be “spectators”, not “participants”, whose only duty is to show up every couple of years to ratify decisions made elsewhere.

If information empowers, WikiLeaks should be recognized as a democratic tool, redistributing power in times when it is obscenely concentrated. This is extremely disturbing for the subservient corporate media, as we can easily observe in the reaction of many of its [putative] journalists:

“Bravo, Ecuador. This isn’t about silencing Assange and suppressing his operation. It’s about preventing the Ecuadorean embassy from doubling as headquarters for a Putin-Assange campaign to discredit Clinton”. (A Chicago Tribune editorial celebrating Ecuador’s President Correa cutting off Assange’s internet, 10/19/16).

The negative association of Putin with Trump has been helpful in condemning Assange, who by himself is often considered a positive influence in Western politics (especially when attacking the Republican Party). The fabrication of a plan between Russia and WikiLeaks to influence American elections is, of course, not only patently ludicrous given the advanced state of putrefaction of American democracy itself, hardly a damsel whose virtue is in peril, never as exemplary as propagandists would have us believe, but simply an excuse for pseudo journalists and the punditocracy to ignore the contents of the leaks and drive the public’s attention toward Putin and Russia, as in those golden days when many things could be associated with the “Red Scare”.

Thus, as they speculate about how deep Putin’s nose is inserted in US politics and all the similarities between him and past mythological demons threatening America, these characters look away from the reality of the decomposing political system they still cling to.

Their task has been made simpler by the obnoxious nature of Clinton’s adversary. With his racist and misogynistic rhetoric, Trump stands as the easy-to-hate billionaire/villain, and yet he isn’t pushing for a no-fly zone over Syria, an innocent sounding notion that could easily escalate into something truly catastrophic.

But corporate media, being a tool of the corporate ruling class which also controls the military and all major banking and commercial entities in the nation and around the globe, rarely speak against military intervention, especially when framed as ‘humanitarian’, the latest p.r. label concocted by the spin doctors to disguise naked imperial aggression.

Going to war, expanding imperial domains and influence, promoting Wall Street interests, all that while selling the narrative of the ‘enemies of freedom’ is exactly what the American establishment demands of its presidents. As an extension of those interests, corporate media—as previously noted—also demands to be the sole apparatus in charge of shaping public opinion in the direction of which candidates to choose from, and what qualities such people should exhibit. Unsurprisingly, transmitting a truthful portrait of Hillary Clinton is off-limits, as it would seriously question her political legitimacy.

This explains ridiculous claims as that from CNN host Chris Cuomo in regard to Wikileaks, stating that, “…remember, it’s illegal to possess these stolen documents. It’s different for the media. So everything you learn about this, you’re learning from us”.

WikiLeaks has in fact managed to redirect some attention to HRC’s longstanding dirty ways to do politics, with its known costs to third world ‘regimes’ and overall peace, as well as her predilection for Wall Street sponsors. Trump does not necessarily represent anything substantively different, but the illusion of choice is fundamental in our capitalist democracies. As former UK Ambassador turned human rights activist Craig Murray puts it:

“You will not get a clear analysis of these issues from the mainstream media. That is because they are of course part of the money/power nexus in which Clinton is intimately connected, and they expect Clinton to win. I think their fear of Trump is exaggerated. He and Clinton are two plutocrat candidates in a system laughingly labelled democracy. They move in the same social and financial circles”. (2)

That may explain the haste by some media to celebrate Rafael Correa for unplugging Assange’s internet connection recently, a mere gesture that “does not prevent the WikiLeaks organization from carrying out its journalistic activities”, as the Ecuadorian government emphasized.

This attitude towards Assange and WikiLeaks is shared by international media, with Ecuador’s press also expressing frustration and suggesting the inconvenience of standing against the American political establishment.

Examples of this subservient spirit abound in the media: “…unless the Ecuadorian government is voluntarily inserting itself in this global chessboard that has inflamed the conflict between US and Russia, and threatens [to] seriously distort US elections, letting Assange continue with his plan is going to sink Ecuadorian foreign policy… it’s –literally- a diplomatic suicide”. (3)

Standing against the de facto powers of the Western world is sure to provoke this kind of reaction, but the real distortion of US elections came before (way before) WikiLeaks, that’s exactly one of the many functions of corporate media: to misrepresent its profoundly worthless and highly compromised leaders for easier public consumption.

What Ecuador is doing is protecting a very important source of information that is reminding the world about the importance of political transparency, as it would (presumably) do with any journalist living inside its territory. 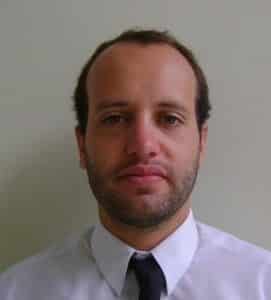 Associate Editor Daniel Espinosa Winder (34) lives in Caraz, a small city in the Andes of Peru. He graduated in Communication Sciences in Lima and started researching mainstream media and more specifically, propaganda. His writings are a often a critique of the role of mass media in our society. Daniel also serves as Editorial Director for TGP's Spanish Language edition.

If you appreciate our articles, do the right thing and let us know by subscribing. It’s free and it implies no obligation to you—ever. We just want to have a way to reach our most loyal readers on important occasions when their input is necessary.  In return you get our email newsletter compiling the best of The Greanville Post several times a week.
Liked it? Take a second to support this publication on Patreon!

A Materialist Analysis of Why I am Voting Green, and Why the Left Should Do the Same

The Cometization of the 2016 Elections: The Role of the Ruling Class