HELP ENLIGHTEN YOUR FELLOWS. BE SURE TO PASS THIS ON. SURVIVAL DEPENDS ON IT.
A crosspost with Zero Hedge and Global Research 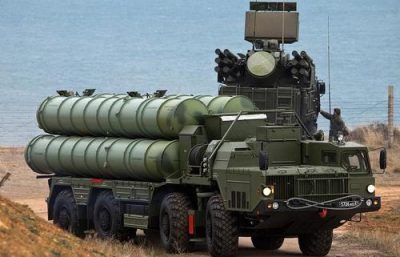 [dropcap]P[/dropcap]redictably the crisis that began on Sunday between Russia and Ukraine in the Kerch Strait is quickly worsening as Russia has announced plans to deploy more of its advanced S-400 surface-to-air missile systems to Crimea.

Adding to tensions, Reuters has further reported that a Russian warship has been dispatched to the Sea of Azov — waters used by both countries and near where the Russian Navy seized Ukrainian vessels and crew for what Moscow condemned as “maneuvering dangerously” and illegal entry into Russian territory.

The warship was seen departing a Crimean port by a Reuters correspondent on Wednesday and was described as the Russian navy minesweeper ship, the Vice-Admiral Zakharin, going in the direction of the Sea of Azov.

This comes a day after Ukraine’s President Petro Poroshenko issued provocative statements during a televised interview on Tuesday that his country is “under threat of full-scale war with Russia” while seeking to justify martial law.

The Ukrainian president added that “the number of units that have been deployed along our border – what’s more, along its full length – has grown dramatically.” He referenced unspecified intelligence reports pointing to Moscow tripling its forces along the border since Crimea joined Russia in 2014.

Assessing the Russian Military as an Instrument of Power
[dropcap]T[/dropcap]hough likely the plans were already in motion, the timing of the S-400 deployment announcement is designed to send a strong message to the West, which is also building up its forces as both the UK and US are reportedly injecting more military hardware and troops into Ukraine.

A division set of Russia’s S-400 Triumph air defense system has undergone tests and will soon be put on combat duty in Crimea, the Southern Military District’s press service said on Wednesday.

The personnel of the air defense missile unit of the 4th army of the Air Force and the Southern Military District deployed to Crimea has started preparing the equipment to be transported by rail to a permanent base. “In the near future, the new system will enter combat duty to defend Russia’s airspace, replacing the previous air defense system,” the spokesman explained.

The other deeply interesting aspect to the timing of the entire crisis, made more alarming for the Ukrainian population in particular after Poroshenko’s announcing the implementation of martial law until at least January to combat “growing aggression” from Russia, is that it’s occurring just days ahead the planned meeting between Presidents Donald Trump and Vladimir Putin at the G20 in Argentina later this week.

This is 2014/15 redux. Back then, the Kiev authorities, and their media supporters, used to claim almost every week that a full-scale Russian invasion was imminent. It never came. Now, a few months out from an election he’s poised to lose, Poroshenko is at it again. https://t.co/A1jpfyMlaf

Even Reuters can’t help but observe the following crucial timing of this week’s crisis in the Kerch Strait:

The episode risks derailing a meeting between U.S. President Donald Trump and Russian President Vladimir Putin at the G20 in Argentina later this week. Trump said on Tuesday that he might cancel the meeting due to the incident, but the Kremlin said on Wednesday it thought it was still on. [Yielding to Neocon and media pressure Trump already caved in and the meeting was cancelled.—Eds.]

And there’s further this likely more than just rumor: “Citing sources in Ukraine’s ruling circles, Russia’s Izvestia newspaper reported that Kiev had been trying to persuade Washington – so far unsuccessfully – to open a military base in Ukraine“, according to Reuters, which noted could not be independently confirmed.

Much about the question of whether more dramatic escalation is to follow, or if tensions will calm will likely be determined by the question of if the Trump-Putin meeting will proceed.

Russia has the largest land border with the Arctic Ocean. As the ice melts the western oil corporations want control of that area. The Rand Corporation has done a study calling for the 'balkanization' of Russia - breaking it up into smaller nations so that the oil corporations can get control. This is why the US keeps saying they want regime change in Moscow. Ukraine is just a sideshow the US-NATO created to excuse major military escalation on Russia's border.

After 'shock and awe' of Iraq in 2003 and the media lies to create that war - why should be fall for the demonization of any country by Washington? 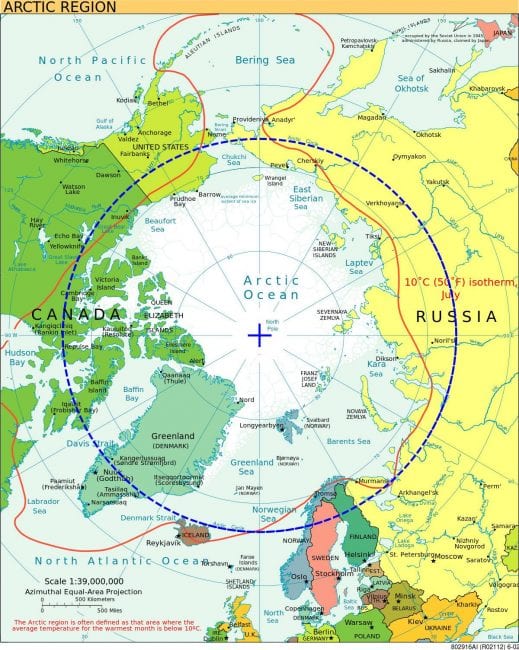 The virtuous tyrant and the life of Jorge Glas

So much for diversity of media message in America

I read that the meeting had been cancelled. Our political leaders in the US have worked hard over the past two years to build support for a catastrophic nuclear war, US vs. Russia and China. This “military showdown” might well be for the purpose of rooting the US out of the region while making a clear statement that Russia is prepared of the US does try an attack on Russia/Eastern Europe.

Trump is a tool of the globalists.All too obvious now

Daria Dugina: JOAN OF ARC FOR THE MULTIPOLAR...