Home ABOMINATIONS Soros attacks Xi Jinping and China because they are free, democratic and prosperous. 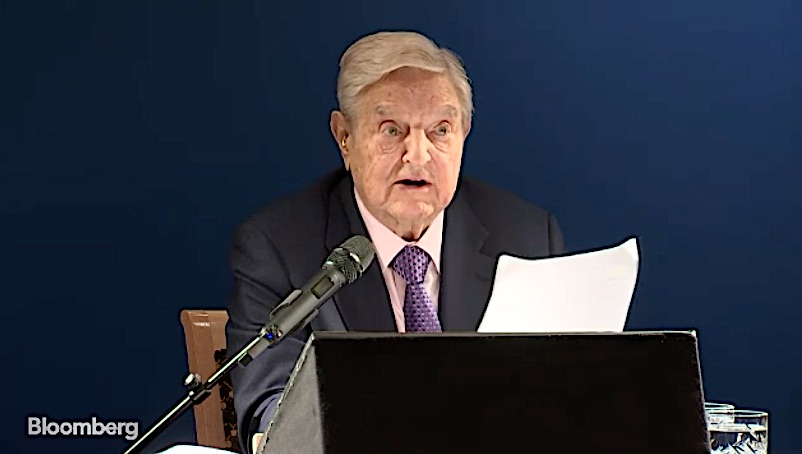 Pictured above: evil incarnate, George Soros at Davos this week. He has financed many imperial color revolutions and identity politic wars, that have killed and destroyed the lives of millions of innocent world citizens. Hybrid power organisations that mobilise liberals like MoveOn, Avaaz, etc. were created (and are still supported) with Soros money.

[dropcap]S[/dropcap]oros is a real piece of propaganda work. He is reviled by social conservatives, because he uses his fortune to stir up identity politics, like homosexuality, gun control, transsexuals in the military, while unleashing waves of immigrants into Europe, ad nauseam, to keep the increasingly poorer and oppressed 99% at each other’s throats, so they won’t catch on that they are being sodomized by these Davos-class elites. Soros is also a rabid, foaming-at-the-mouth communism-socialism-hater. With his Orwellian named Open Society Foundations and other CIA fronted “non” governmental organizations (“N”GOs), he has caused the death, injury and destruction of way of life for millions of humanity’s citizens.

He is also a seething Russia-China-Iran-Venezuela hater and for good reason. These countries are rich, socialist and their citizens benefit directly from their own human and natural resources – not being exploited and stolen by Wall Street and the Western Fortune 500. Their economic independence, geopolitical freedom and national prosperity all put a huge bullseye on the backs of each and every one of them, and Soros is on the color revolution front line, spending his billions to destroy them.

You have to hand it to him. Soros is a neoliberal-neoconservative-neofascist, who has most of the world thinking he is some ultra-liberal do-gooder. Now that’s what you call brilliant propaganda – the ultimate wolf in sheep’s clothing. 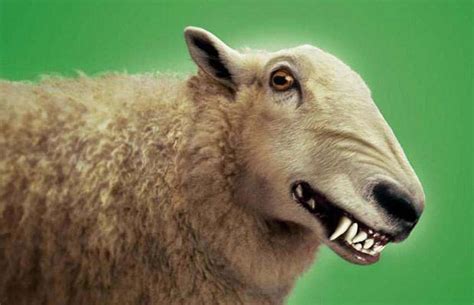 Pictured above is George Soros, when it’s the full moon. Luckily for the genocidal, capitalist billionaire set at Davos this week, that was not the case. Otherwise, it’s a hideous sight. Nothing worse than confronting a wooly, psychopathic quadruped, flashing its fangs and bleating, “Baaaaa”!

Thus, his ad hominem attack at Davos on President Xi Jinping and insulting smear of Chinese democracy are not at all surprising (https://www.georgesoros.com/2019/01/24/remarks-delivered-at-the-world-economic-forum-2/). Soros lashed out at China’s “one-party” system of governance, when China has a greater share of its legislatures and state council controlled by competing non-CPC (Communist Party of China) parties, than most Western “democracies”, not to mention that every Western country is in reality a one-party capitalist state, controlled by socioeconomic, identity politic “left” and “right” wings. If you don’t believe me about China’s system, then read The China Trilogy, where it is all explained in simple, fascinating detail (http://chinarising.puntopress.com/2017/05/19/the-china-trilogy/ and https://chinarising.puntopress.com/2018/06/18/praise-for-the-china-trilogy-the-votes-are-in-it-r-o-c-k-s-what-are-you-waiting-for/).

Soros also lunged at China’s Social Credit System (SCS), its use of big data and artificial intelligence (AI). This, even though every Chinese citizen has had and continues to have the chance to critique and amend laws about these entities, and they fully want and support the SCS, something I’ve written clearly and factually about on China Rising Radio Sinoland (http://chinarising.puntopress.com/2018/01/11/chinas-public-social-credit-system-versus-the-wests-secret-panopticon-china-rising-radio-sinoland-180111/ and http://chinarising.puntopress.com/2018/03/24/west-attacks-chinas-social-credit-system-to-deflect-from-its-fascist-panopticon-china-rising-radio-sinoland-180325/). Never mind NATO’s tens of unaccountable, blackhole spy and surveillance agencies, which don’t even hide the fact they are vacuuming every scrap of data possible off every human being on earth that they can access. Need I mention the rip-off, privatized credit scoring companies?

Again, the West is the best at psychological deflection/reflection, attacking its enemies for the exact same things it is doing, whether it’s true or not, so that at the dinner table and water cooler, its brainwashed citizens talk about all the supposedly horrible acts China, Russia, Iran and Venezuela are committing, and not about the reality of what their truly evil, genocidal governments are in fact perpetrating at home and around the world, costing millions of lives a year.

Capitalist empire and its centurions are getting more and more desperate by the day. The 99% in China, Russia, Iran and Venezuela are free, democratic and prosperous, in spite of billions of dollars and euros they – including George Soros and his blood-soaked, fanged ilk – spend every year to destroy these economies and their ways of life. Finished are the days of the West’s colonial raping and plundering these great nations and their proud, independent peoples.

Even viciously attacked and endlessly subverted/blockaded/sanctioned Venezuela is managing to keep standing tall, fists and guns raised, screaming with pride, #WeAreMaduro and #YankeeGoHome (https://venezuelanalysis.com/ and https://www.telesurenglish.net/).

If you find China Rising Radio Sinoland’s work useful and appreciate its quality, please consider making a donation. Money is spent to pay for Internet costs, maintenance, the upgrade of our computer network, and development of the site.  [/su_panel]