By 3-to-1, Americans Want Assange Prosecuted 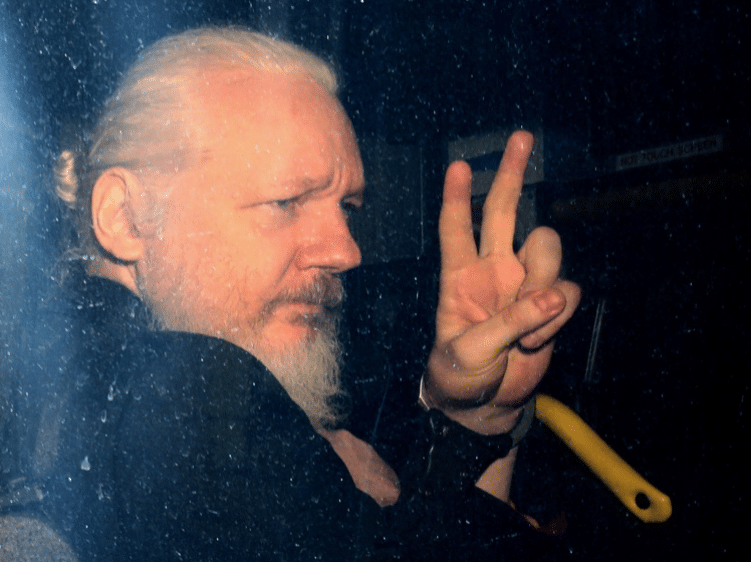 By overwhelming margins, Americans thought that their Government should have an unqualified right to hide from the public, basically, anything it wants to hide.

The question was: “Wikileaks founder Julian Assange was arrested in London. Do you think he should or should not be extradited to the US?”

This was a remarkably bipartisan hostility toward Assange. As the YouGov news-report on that finding indicated:

During 18-20 November 2018, YouGov had polled Americans on “Do you have a favorable or an unfavorable opinion” on Assange, and separately the same on Wikileaks. On each, Americans were predominantly unfavorable toward Assange by 38% to 20%, and toward Wikileaks by 44% to 29%. Another question in that poll was “Do you support or oppose the prosecution of Julian Assange, the founder of WikiLeaks?” “Support” was 29%. “Oppose” was 19%.

In March 2011, Reuters’s Ipsos polling firm asked 18,829 people in 23 countries, “As you may know, the mission of the Wikileaks internet site is to publish copies of confidential government or corporate files and information to the public. Do you support or oppose this type of site that would post such materials?” Globally, there was 74% “Support” and 26% “Oppose.” The lowest support was in U.S.: 29% support versus 61% opposition. (The second-lowest support of Wikileaks was in UK or “Great Britain,” where the opposition to Wikileaks was 38% instead of America’s 61%.) That poll also asked “Would you consider the publishers of the materials” from such a site to be “public service” or “mischief makers” or “criminals” or “heroes” or “other”; and the predominant one of those choices worldwide was “public service,” which was selected by the same percentage of people as the total percentage who had chosen either “mischief makers” or else “criminals” (the second and third preferred options) and it was eight times as many as those who had chosen “heroes.” (NOTE: These latter opinions pertained to the news-media that published information from Wikileaks — not to Wikileaks itself.) However, yet again, in this poll, Americans stood alone for the extremity of their hostility towards a national press that’s not being controlled by the Government (which is what Wikileaks is all about): only one third as large a percentage of Americans as the global percentage chose “public service,” whereas the percentage of Americans who chose “criminals” (42%) was more than three times the global percentage (13%) who chose that. The second-highest to that degree of extreme hostility against a press that’s authentically independent of the government was likewise “Great Britain”: 20%. Canada was the third-highest, at 19%. In other words: the #1 most-hostile nation against democracy was 42% in America, and the next-most-hostile to democracy was 20% in “Great Britain” — less than half as high a percentage of hostility against democracy, as compared to the U.S. percentage; and Canada was only slightly less hostile toward democracy than was the UK.

That same poll also asked: “Wikileaks recently posted thousands of confidential US government diplomatic notes. … Julian Assange, who is responsible for leaking the documents should be viewed as a” — and  49% of Americans said “criminal,” whereas only 17% globally did. (Great Britain was, yet again, on this, the second-highest hostility against democracy, at 26%.) Globally, 29% of all respondents said that Assange had provided a “public service,” but only 11% of Americans said that.

By overwhelming margins, Americans thought that their Government should have an unqualified right to hide from the public, basically, anything it wants to hide. The U.S. Government actually does possess unlimited authority to categorize whatever it wants, as being “Classified.” Overwhelming majorities of the U.S. public approve of this root-principle of dictatorship. Assange is being condemned, fundamentally, because he violates that intrinsic principle (government-secrecy, regardless of how arbitrarily it is imposed), of dictatorship, anywhere.

Clearly, then, the American people were far more favorable toward dictatorship than the public was, in any of the 22 other nations that were sampled.

An interesting sidelight to these findings, of an extremely pro-dictatorship U.S. public — and with Great Britain being right behind (though not nearly as pro-dictatorship as Americans are) — is that, in 2002 and 2003, the national press in each of those two countries was so strongly controlled by the government as to deceive (via their stenographic ‘news’-media) their respective public into invading Iraq, on the basis of that stenographic reporting by the nation’s press of the government’s lies against Iraq. This is the result of both countries being dictatorships. This is true irrespective of whether Iraq also was.

Further confirmations of the extreme degree of dictatorship in the United States are that it’s the nation which has the world’s highest percentage of its people in prison, and that in the periodic polling by the Gallup organization, the one “institution” that always scores at the very top as being the most highly respected of all institutions in America is “the military.” That is the finding which would reasonably be expected in a total dictatorship.

So: if Assange gets extradited by Great Britain to the United States for prosecution, he will face here not only the most hostile government but the most hostile public. Presumably, this would please the leaderships (even if not the publics) in all U.S.-allied nations, including especially NATO — America’s anti-Russia military alliance, which after 1991 absorbed the entirety of the no-longer-existing Soviet Union’s Warsaw Pact mirror organization which had countered America’s NATO alliance. NATO itself is strongly supported not only by the governments but by the people within the respective member-nations, and polling in June 2014 found that “A little more than half of EU respondents (56%) said it was desirable that the United States exert strong leadership in world affairs.” So, the publics in those nations (at least back in 2014) wanted their own government to continue to be led by the U.S. Government. That was more than a decade after the U.S. Government (and Great Britain) had invaded and destroyed Iraq, on the basis of lies. So: perhaps the public, not only in America but in other countries, learns nothing from experience, and they are perennially suckers of their respective national leaderships. But, in any case, the American public are international standouts for supporting dictatorship — not merely accepting it, but actually endorsing it. Obviously, if Assange is not freed from Great Britain and especially from the U.S., his prospects are exceptionally dismal. His only actual ‘crime’ is having stood up internationally for democracy. If that’s not a “hero,” who is? But perhaps, now, democracy has become a hopeless cause. Perhaps, in the final analysis, Assange’s fate will turn out to have been the fate of democracy, too — the canary in this coal mine.

Jackie and Me: A Brooklyn Thing

Phoenix in Knightsbridge: An exercise in daylight deceit