An illuminating dispatch by our Far Eastern correspondent Godfree Roberts on the puzzling Hong Kong crisis, whose contradictions are cynically exploited by the Western media, all according to Washington's plan. Have we seen this movie before? Yes, we have, in 2014, and in scores of other places victims of some "color revolution", wherever America's "soft power" is allowed to sink its devious claws. 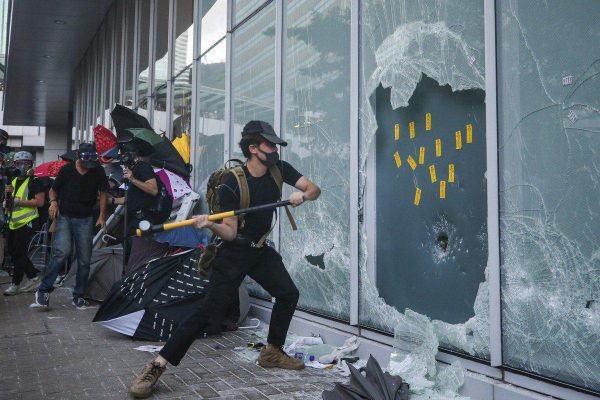 Under British rule,  Hong Kong’s public had no say in political appointment and the Governor, who was Commander in Chief of military forces, could do anything short of sentencing people to death. Wiretaps didn’t require warrants; when police denied demonstration permits the courts could only review their paperwork; the legislature was a rubber stamp and there was no political opposition. Under Communist "oppression", the courts review police decisions for reasonableness, citizens elect their legislators, the government has a political opposition, and the Chief Executive can neither declare martial law nor call out the military. Some things haven’t changed, however: it is still illegal in Hong Kong to join the Communist Party of China.

Some aspects of contemporary Hong Kong missing from our media’s coverage: 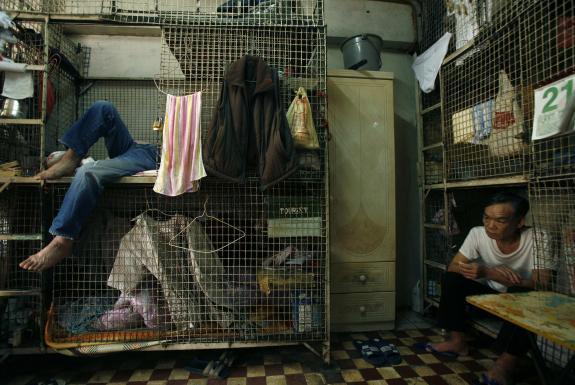 Hong Kong’s woes illustrate capitalism’s familiar  shortcomings: wealth accumulation has far outstripped the development of productive forces and the vast majority of citizens have no way to share its benefits. A large rentier class owns most of the city’s social resources, the same contradiction–between capital accumulation and society’s desire to live a dignified life–we confront in the US.

What do Hongkongers really need? Economic growth, employment opportunities and better housing, tasks the mainland has already accomplished. If they want a bright future Hong Kongers need to work together harder and bring their education standards up to the mainland’s. Their youth must develop a clear understanding of their true friends and real enemies.

The protests are interesting for several reasons:

Beijing's completion of the Hong Kong-Zhuhai-Macao Bridge and the Hong Kong-Mainland high-speed railway, along with the relentless decline of voter support for ‘democracy’ parties at every Hong Kong election are speeding the West’s ungraceful retreat from an Asia that never invited them. The extradition law will further erode Western influence and accelerate the political and economic integration of Hong Kong. Here are some elements of dis-integration: 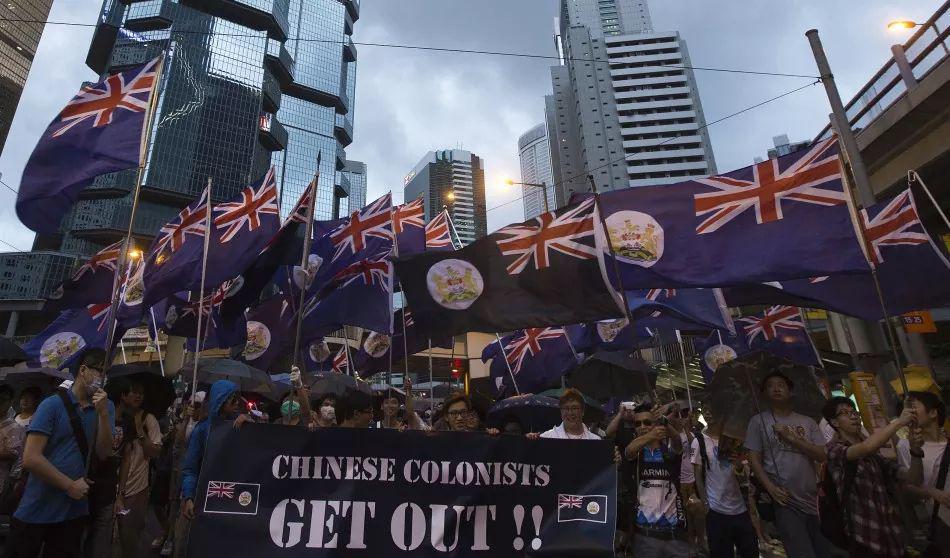 The amendment would “allow Hong Kong to surrender fugitives on a case-by-case basis to jurisdictions that do not have long-term rendition agreements with the city,” among them mainland China and Taiwan. It was introduced when authorities found that a Hong Kong man wanted for murdering his pregnant girlfriend could not be returned to Taiwan to stand trial. Under current law, criminals from other parts of China can escape charges by fleeing to Hong Kong (imagine if Louisiana, under its Napoleonic code, refused to extradite fugitives from Texas or California for crimes committed in those states). Under the amendment the following crimes will be extraditable: 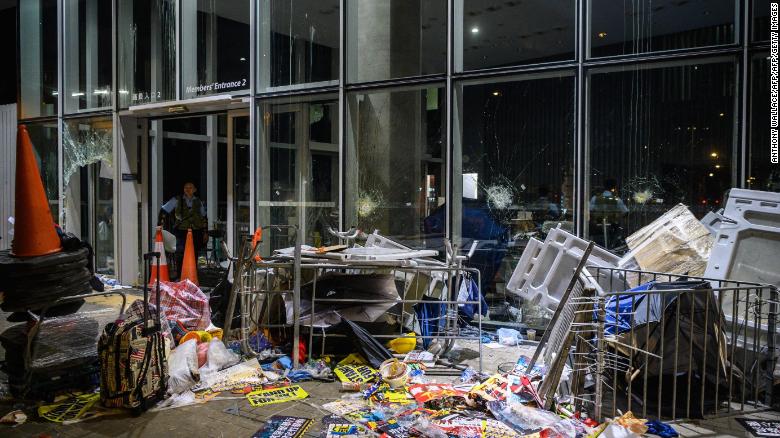 ABOVE: A picture circulated by CNN confirms the out of control violence of the protesters. Even CNN seems a bit confused about the Hong Kong process. The caption reads: A policeman looks at the damage and debris after protesters stormed the legislature hours before in Hong Kong early on July 2, 2019.  This image was part of a subtly tendentious dispatch filed by James Griffiths on July 2, 2019 (Hong Kong's democracy movement was about hope. These protests are driven by desperation).

Examine it, if you can, and see if you can spot the biases now that you read our remedial report.

VICE News caters to a younger "hip" audience usually more distrustful of the older mainstream media.
By using outfits like VICE the propaganda system covers all segments of society, including those who see themselves as "outliers".

The End of the Umbrella Revolution: Hong Kong Silenced 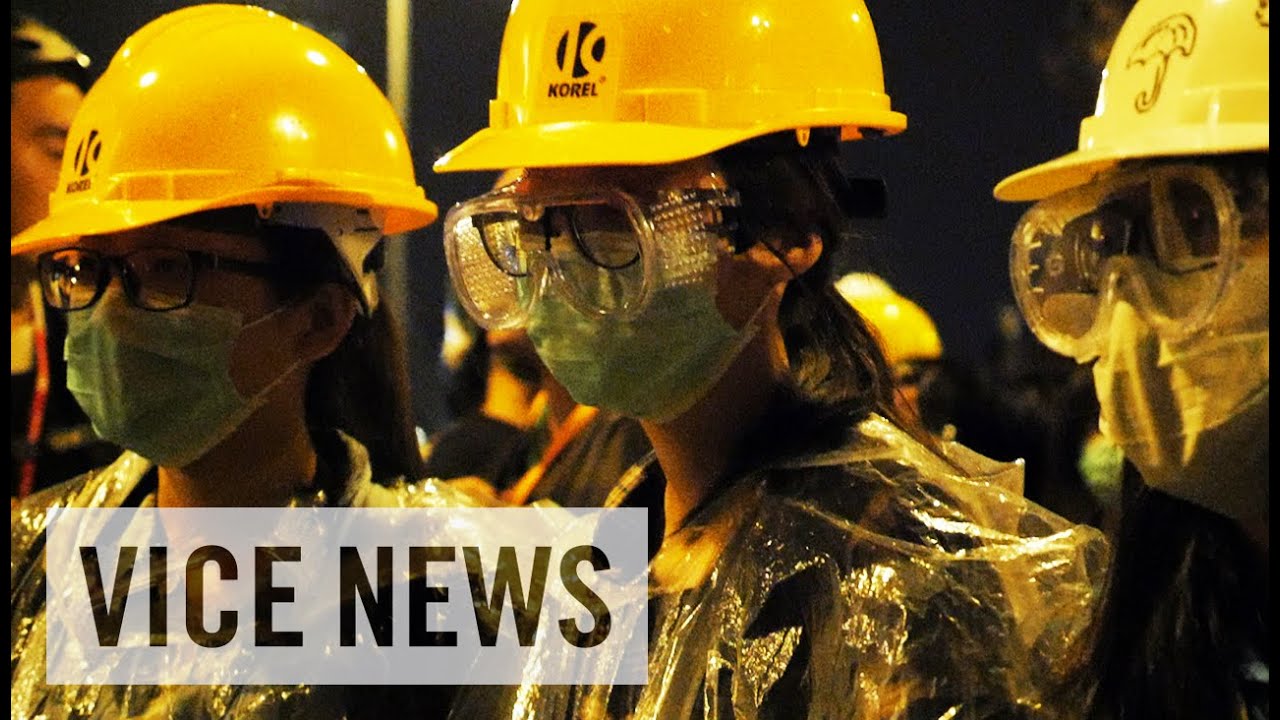 This was first published on Jan 23, 2015
About the Author

Godfree Roberts, whose background includes Ed.D. Education & Geopolitics, University of Massachusetts, Amherst (1973), is an expert on Chinese and far eastern affairs.
This work is licensed under a Creative Commons Attribution-NonCommercial 4.0 International License.