After Failing to Prosecute Bankers, Obama Cashes In With Wall Street Speeches

November 29, 2019 4 minutes read
Please make sure these dispatches reach as many readers as possible. Share with kin, friends and workmates and ask them to do likewise.

The former president is reportedly raking in $400,000 per speech to massive financial firms 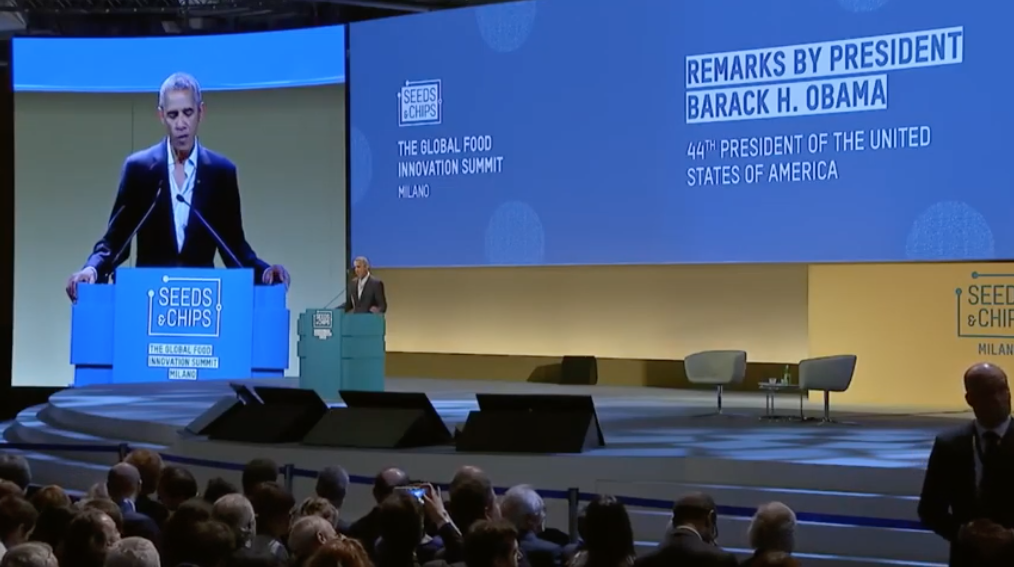 [dropcap]L[/dropcap]ess than a year has passed since he departed from the White House, and former President Barack Obama has already joined the "well trod and well paid" Wall Street speaking circuit, a decision many argued will negatively impact the Democratic Party's credibility as it attempts to fashion a message around taking on corporate monopolies, tackling income inequality, and loosening the insurance industry's control over the American healthcare system.

According to a Bloomberg report published Monday, Obama has in the last month delivered two speeches to massive financial firms—Northern Trust Corp and the Carlyle Group—for around $400,000 a pop, and he is slated to attend a three-day conference hosted by Cantor Fitzgerald next week, for which he will make another $400,000.

The question remains, is infatuation by liberals with this shameless charlatan a curable disease? Obamabots, are you listening?

Former Secretary of State Hillary Clinton faced a wave of intense criticism following her paid speeches to Wall Street during the 2016 presidential campaign, and later conceded that they weren't politically wise.

Obama, however, doesn't appear to harbor any concerns about the political impact his speeches may have—a fact that could be problematic for the Democratic Party, Bloomberg's Max Abelson notes.

"While he can't run for president, he continues to be an influential voice in a party torn between celebrating and vilifying corporate power," Abelson writes. "His new work with banks might suggest which side of the debate he'll be on."

News of Obama's decision to "cash in" following his eight-year presidency drew significant ire, particularly given his administration's failure to enact sufficient structural changes to the financial system following the worst economic collapse since the Great Depression.

As Abelson observes, Obama's "Justice Department prosecuted no major bankers for their roles in the financial crisis, and he resisted calls to break up the biggest banks, signing a regulatory overhaul that annoyed them with new rules but didn't stop them from pulling in record profits."

Responding to Bloomberg's report, a Twitter user asked Ryan Cooper, national correspondent for The Week, what a person could do in order to receive $400,000 for a single speech.

Cooper responded with a two-step plan:

Others reacted similarly to the former president's lucrative speeches, noting that given Obama's continued power over the direction of the Democratic Party—which was demonstrated in his successful push for former Labor Secretary Tom Perez to become chair of the Democratic National Committee over Rep. Keith Ellison (D-Minn.)—is reason enough for him to abandon the Wall Street circuit.

This quote from Revolving Door Project's @jeffhauser points to why these speeches will be an ongoing issue for Dems.

"This is a really crappy thing to do to the people who poured their hearts into his campaigns and administration," concluded Matt Stoller, a fellow at the Open Markets Institute. "Hillary Clinton publicly talking about why she lost [the 2016 election] is far healthier than private speeches to the Carlyle Group."

Are you disappointed or furious with Obama now?
Make a Quiz in Minutes | Quiz Maker

Bolivia: The Danger Of Neoliberalism With Fascist Characteristics