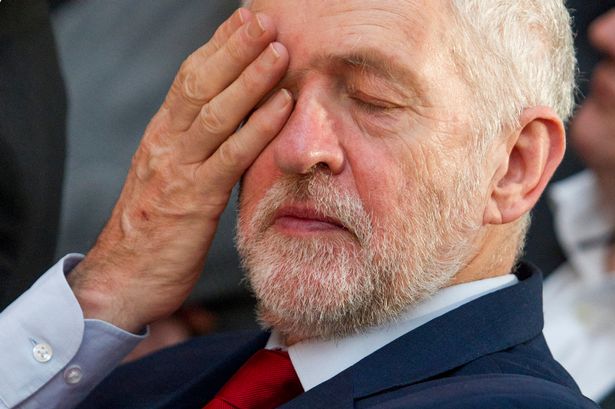 Corbyn: probably overwhelmed by the unceasing barrage of lies, threats and malicious pressures.

[dropcap]B[/dropcap]y far one of the best post mortem analyses of the Corbyn defeat—irrefutably engineered by a shameless and unrelenting campaign of demonisation engaging all major sectors of the British ruling class— came from the always compelling John Wight. Wight, a Scot by birth, is not just a solid rebel thinker, he's also what we might call a muscular renaissance scholar in our time.  His Edinburgh Trilogy of novels is available from Amazon. He also wrote a highly entertaining (and culturally incisive) memoir of his experience of Hollywood and participation in the US antiwar movement in the runup to the war in Iraq. It is titled Dreams That Die, and is published by Zero Books. Having read these books I highly recommend them. 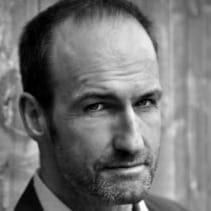 Not surprising, then, that on 18 December he delivered a dissection job aptly titled, Corbyn was our Father Gapon, They have yet to meet our Lenin which  just about covers everything you need to know about this epochal (but long anticipated) disaster. I would have loved to republish John's article in toto here but due to our acute financial stress, and his own financial difficulties (he survives on his writing) we are unable to afford writers' fees. That said, we could not pass the article without some commentary and quotes. Of course you can always read the whole piece here, and you should.

Meditating on the nature of failed uprisings, Wight reminds us, via martyred Rosa Luxemburg and other revolutionary heroes, of the bitter price paid by all failed insurgents, pointing to the main reason why many of the failures happened in the first place:

In her final letter, written while in hiding just days before she and her comrade in struggle, Karl Liebknecht, were tracked down in Berlin by counterrevolutionary Freikorps proto-fascists prior to being butchered, Rosa Luxemburg summed up the crisis facing the workers’ movement she’d helped to inspire and lead in Germany, and which had just culminated in a failed uprising:

these events are a tremendous school for the masses…One must take history as it comes…At this moment in Berlin the battles are continuing. Many of our brave lads have fallen…For today, I have to close. 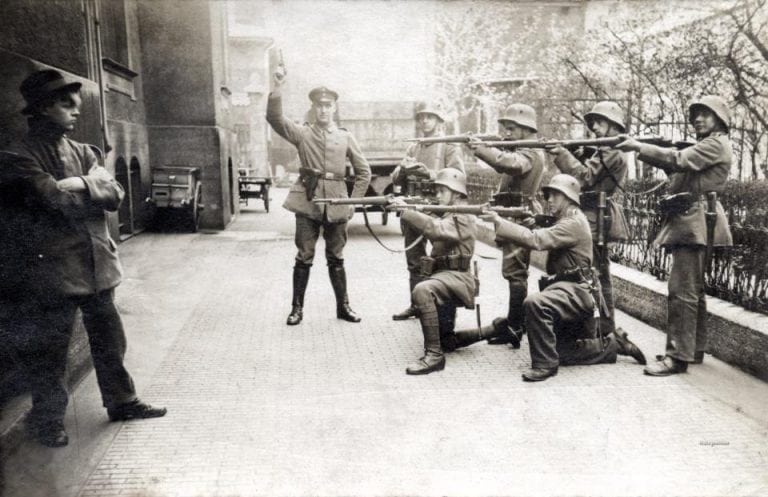 Young Freikorps members—practically children— executing a defiant young revolutionary on the spot during the Spartacist uprising of January 1919 in Berlin. The victorious counter-revolution was—as usual—brutal.

Wight suggests—correctly I think— that the almost universal sanguinary reprisals against class rebels stem from the ruling orders' well entrenched fears of an overthrow by the majorities.  In such cases, defeating an enemy must not only be militarily conclusive—as often happens in classical wars— but exemplary, a prominent deterrent and reminder to future generations of malcontents of the risks involved in such enterprise. Malcontents which, by definition, live right under their noses, not in some distant land behind clearly delineated borders.

The barrage of invective that has been directed at Jeremy Corbyn in the aftermath of a general election which proved to be a second referendum on Brexit in all but name, only reveals that socialism — the idea of a society underpinned by human solidarity rather than human greed — continues to strike terror in the hearts and minds of the servants of capital in our world...

The plutocrats, evidence be damned, apparently do not see themselves as the walking breathing horrors they are, socially speaking. They see themselves, Wight notes, as the "indispensable" members of society, its rightful foundation,

the salt of the earth, to whom the spoils of class war rightly belong, while the poor are just so much human flotsam and jetsam, whose condition is that of the defeated army in this class war and as such wholly in keeping with the natural order of things.

With such a contemptuous view of the vast majority of their fellows, the methods to put down social insolence are not liable to be humane, at least not much more humane than the methods used on animals at the abattoir.

Such failed attempts at toppling the status quo, whether in antiquity, whether in the context of the 1848 pan-Europe revolutions, the Paris Commune of 1871, the late-19th century and early-20th century Labor Wars in America, have each met with similar bloody reprisals.

And the purpose has always been a return to the status quo ante, since, as Marx reminds us, each ruling class thinks of itself in Panglossian terms worthy of eternity, holding the best of all possible values and necessitating, therefore, no further refinement, except in cosmetic matters. Thus, after capitalism, only more and "better" capitalism (bold mine):

In our time, in the context of a Corbyn-led project not so much to topple the status quo as change it, though the reprisal in the wake of his defeat may not be bloody, it certainly has been unleashed with the same objective of crushing any prospect of another such attempt at social and economic transformation being possible for many years to come, driving home the message this is the best of all possible worlds — one in which nothing more than the most tepid reforms are either acceptable or workable.

Yes, this deeply intermingled and certifiably sociopathic crowd, this "fortress of cruelty, brutality and mendacity" which, as Wight puts it, has "the temerity to describe [itself[ as a civilised society", is also quite convinced that nothing radical needs to be done about the cascade of awful things constantly emanating from every pore of its scandalously lopsided arrangements.

Wight is characteristically most insightful and outspoken in what we might call his final "coroner's finding":

We all have our reasons for why Labour lost the election so emphatically — Brexit, media bias, smear campaigns surrounding antisemitism, and so on. The bald truth is that the real reason Labour and Corbyn lost is to be found in the axiom that those who make revolution halfway dig their own graves. The aforementioned cocktail of attacks on Corbyn and his allies could only have been defeated if fire had been fought with fire.

This is something we should all ponder.

John Wight's article can be read in full here: https://medium.com/@JohnWight1/corbyn-was-our-father-gapon-they-have-yet-to-meet-our-lenin-5a6c7abcda46

How the Pro-War “Left” Fell for the Kurds in Syria