The U.S. Empire Is Ending

Published: July 26, 2020Last Updated on August 6, 2020 6 minutes read
Another important dispatch from The Greanville Post. Be sure to share it widely. 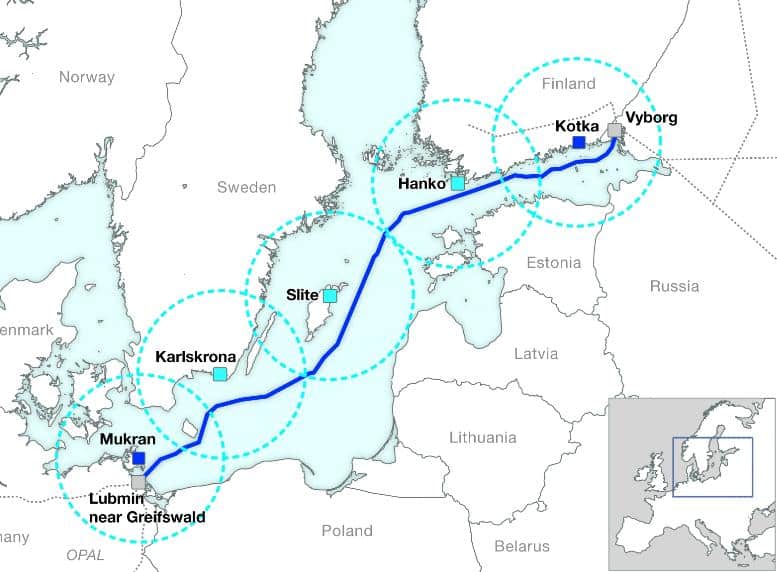 Nord Stream: Russian gas makes a whale of a lot more sense than bringing it across the Atlantic.

On July 26th, Germany’s Die Welt (The World) Sunday newspaper headlined “USA threatens German Nord Stream 2 contractors” and reported that, “The construction of the Russian Nord Stream 2 pipeline has long been a thorn in the US’s side. Now they are increasing the pressure on German and European companies involved in the project — and announce sanctions. German politicians are outraged.”
The U.S. regime is demanding that Germany cut pipelined gas from Russia and replace it with far costlier gas from U.S. fracking companies, which are facing hard economic times and are desperate to increase their exports. The news-report said: 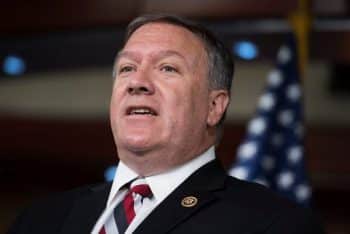 The United States had previously legally enforced the implementing provisions of the Countering America's Adversaries Through Sanctions Act ( CAATSA ) [which started] on July 15. The companies and their banks are threatened if they continue to participate in the pipeline’s construction. The sanctions include complete exclusion from the US market and entry bans for employees. At a press conference in Washington, US Secretary of State Mike Pompeo summarized the aim of the measure for the companies concerned as follows: "Get out now or bear the consequences.” …
When asked by WELT AM SONNTAG, the German energy company Uniper "regretted that with the announced revision of the CAATSA guidelines, the US is still trying to undermine an important infrastructure project that we believe is important for Europe's energy security.” “A clear encroachment on European sovereignty”. …
For the parliamentary director of the CDU/CSU group in the European Parliament, Markus Pieper (CDU), the American threat of sanctions is “a clear violation of everything we understand by commercial law”. Pieper criticized the recent expansion of the CAATSA sanctions law of 2017 “German companies are now on par with Iran”. “The fun is slowly coming to an end.” Germany and Europe “urgently need to develop a counter-strategy”.

For the very first time, the U.S. regime is so desperate to crush Russia, as to endanger America’s continued alliance with Europe and especially with Germany. This is unprecedented, and must be marked as a turning-point in post-World-War-II history, because if the U.S. empire ends up losing Germany, then it will cause the end of America’s anti-Russia military alliance, NATO, and maybe even the end of America’s anti-Russia diplomatic and economic alliance, the EU. (The Cold War was against Russia, not actually against communism.)
On June 30th, Germany’s Handelsblatt newspaper had bannered “Former Chancellor Schröder: USA Ending Transatlantic Partnership” ("Altkanzler Schröder: USA kündigen transatlantische Partnerschaft auf") and reported that “Former German Chancellor Gerhard Schröder has condemned possible new US sanctions against the Nord Stream 2 natural gas pipeline as ‘deliberate termination of the transatlantic partnership’.” Schröder was from Germany’s mainstream non-conservative Party, the Social Democrats. But now Germany’s mainstream — and ruling — conservative Party, the CDU/CSU, is rejecting the U.S. regime for its imposing “a clear violation of everything we understand by commercial law,” and German industry is more bluntly asserting the broader reality, that the U.S. regime’s demand is “a clear encroachment on European sovereignty.” That last phrase includes “a clear encroachment on German sovereignty” but goes even further because it presumes (correctly) that to violate Germany’s sovereignty is simultaneously to violate Europe’s sovereignty, because Germany is part of Europe. The statement is, by its underlying truthful assumption, an assertion that today’s Germany is a state in the nation of Europe, and that THEREFORE any violation of German sovereignty is a violation also of European sovereignty. That speaker captured the full significance of what is actually at stake here.
Reluctantly, Germany’s conservative mainstream Party (which happens to be the Party that was in power when the U.S. regime ordered Germany in 1991 that the Cold War against communism would secretly continue as being a war against Russia) finds itself forced finally by German public opinion to join Germany’s non-conservative mainstream Party (Schröder’s Social Democrats), in rejecting the demand by the U.S. imperial regime — its demand to terminate participation in the new pipeline to bring into the EU gas from Russia.
If the Trump administration of the U.S. regime will continue, instead of abandon, its demand that Europe replace Russian gas by American gas (and other non-Russian gas), then The Atlantic Alliance (Europe’s participation in America’s permanent war against Russia and against any Government — such as Iran — that is on friendly terms with Russia) will consequently end.
However, if the Trump Administration will abandon its demand, then the U.S. President will find himself at war against his own country’s legislative branch, because both houses of it, the U.S. Senate and the U.S. House, voted over 90% for this demand, and Trump personally signed it into law. Therefore, in order for him to abandon the demand now would be for him to violate a U.S. law, which expresses the virtually unanimous will of the U.S. aristocracy (the billionnaires who funded the careers of those members of Congress). He would be like a King who has become abandoned by his own aristocracy. No monarch can stay in power who violates the will of his own aristocracy. This would virtually guarantee his political opponent’s, Joe Biden’s, win in America’s upcoming Presidential election: Biden would be the almost unanimous choice of America’s billionaires, both Republican and Democratic Party billionaires.
Consequently, Trump now faces a difficult choice: Either he will break up and end The Atlantic Alliance, or else he will continue it and lose the Presidency to his domestic opponent, Biden and the Democratic Party. It’s his choice. If he opts to continue The Atlantic Alliance, he will hand the White House to his domestic opponent, who is likely to win it in any case. However, by Trump’s backing down and accepting Germany’s new-found insistence upon its and the EU’s independence from the U.S. regime, Joe Biden would be inheriting an empire that is, and will continue to be, inevitably in decline. A turning-point in world history has been reached, and there will be no turning back from it.
Investigative historian Eric Zuesse is the author, most recently, of  They’re Not Even Close: The Democratic vs. Republican Economic Records, 1910-2010, and of  CHRIST’S VENTRILOQUISTS: The Event that Created Christianity.