January 29, 2021
Please make sure these dispatches reach as many readers as possible. Share with kin, friends and workmates and ask them to do likewise.

by Pepe Escobar, posted with permission and first posted at Asia Times 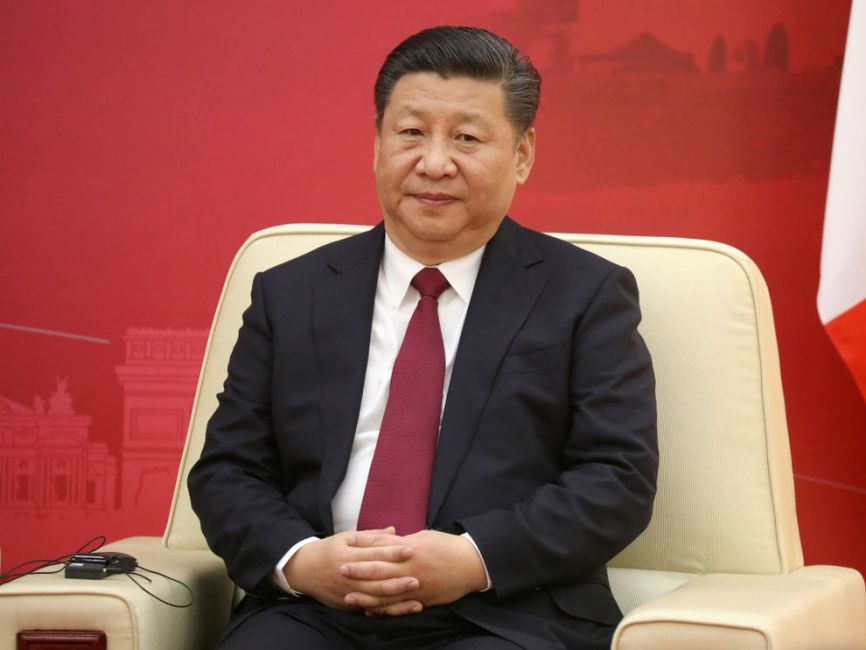 "What Xi has made crystal clear, once again, is the acute contrast between relative Asian serenity and stability and the volcanic chaos engulfing the West’s top power centers..."

The virtual Davos Agenda is finally on, from Monday to Friday this week, promoted by the World Economic Forum (WEF).

No, this is not The Great Reset. At least not yet. The Agenda is the aperitivo towards the Great Reset apotheosis at the WEF’s Special Annual Meeting, which will take place this coming spring in Singapore.

The Agenda’s theme for 2021 is “A Crucial Year to Rebuild Trust.”

Oops. Davos, we got a problem: trust is always earned, never built.

Trust, anyway, in Davos speak, must always lead towards – what else – the Great Reset, introduced here in a Tik Tok-ready clip crammed with catchy slogans such as “a new dashboard for the new economy” or “right people, right place, right time”. 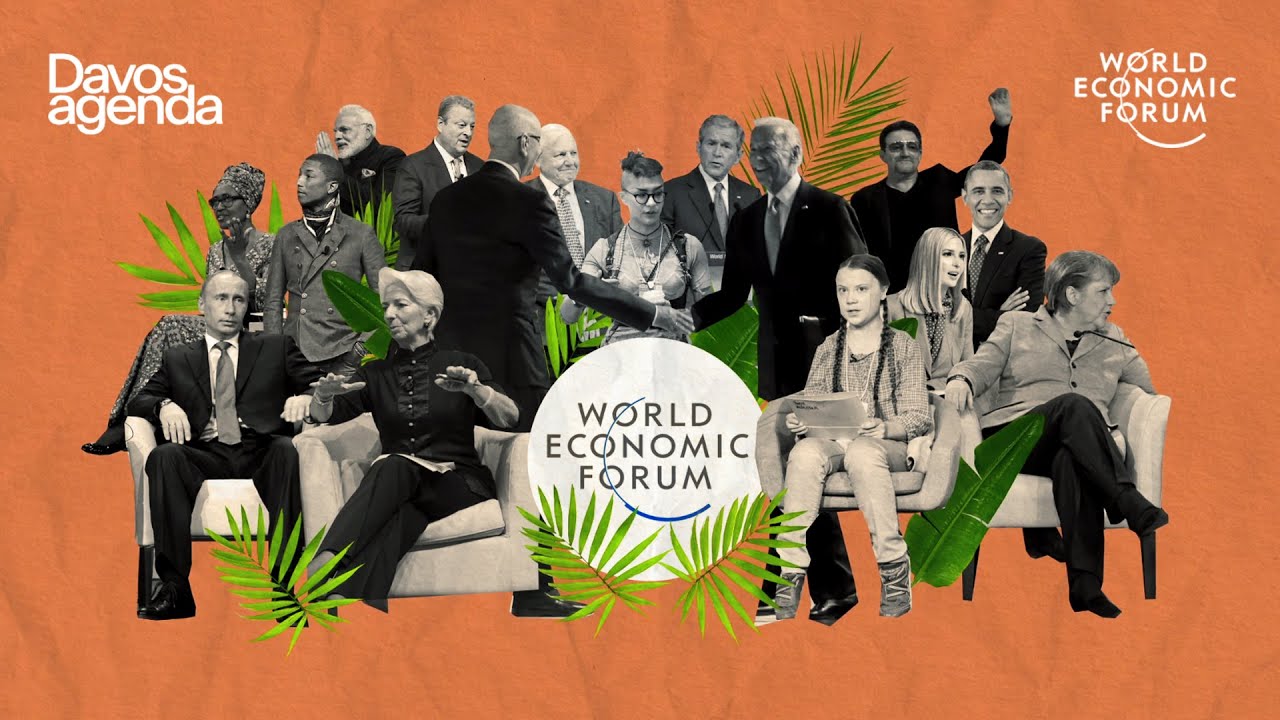 ABOVE: Note the video "cover" includes almost every Western "celebrity" and her aunt—from the inconsequential Ivanka to former US presidents, plus Merkel and Greta Thurnberg, but NOT president Xi, one of the most important world leaders around. It's a bit surprising they featured Pres. Putin at all, and up front. He's the only solid player in the bunch.

The message clincher is “tune in, turn on, get involved”, borrowing shamelessly from 1960s Timothy Leary (but ditching “drop out”).

It obviously escaped the clip’s producers that their P.R. opus indirectly admits to rigged elections and blanket censorship on social media.

The Agenda’s P.R. blitz must have a hard time dismissing the predominant perception this is all about Davos Man – and Woman – losing their sleep over global wealth inequality while enthusiastically applauded by a bunch of glitterati sociopaths.

Not a peep about the Great Reset as a mechanism of unbridled expansion of mega-corporate power, hermetically securing/serving the 0.0001%, which are not, and will never be, suffering The Great Depression.
Onwards with the sessions.

On day one, a “Leadership Panel” examined:

How to restore growth, advising the public and private sectors on how to build a “new economic agenda”. Sleep-inducing platitudes were the norm.

WEF’s Agenda sessions cannot possibly address the iron imperative: the implosion of the old economic order under a Green camouflage, conducted by self-appointed, sub-Platonic sages which belong to the world’s wealthiest, will only benefit this 0.0001%.

The Great Reset is not an organic grassroots movement coordinated and benefitting the over 99%. It will lead, inevitably, to techno-feudalism, as I previously argued. Herr Schwab, the Oracle of Ravensburg and Davos supremo, insists in his writings “you will own nothing”.

A WEF graph – Top Ten Most Likely Fall Out for the World – should in fact be interpreted as The Great Reset’s ultimate targets. This is not a warning: it’s the road map ahead.

A session on advancing the new social contract neatly merged with a discussion about “stakeholder capitalism”. That’s a clever P.R. advertisement – what else – for Herr Schwab’s new book: Stakeholder Capitalism, which advances a “more sustainable, resilient and inclusive” global economy and argues for – what else – a “clearly defined social contract” which will allow “governments, business and individuals to produce the most optimal outcomes.”

So here’s how it works. You don’t earn trust: you rebuild it (italics mine). This trust metastasizes into the social contract – which is absolutely necessary for The Great Reset. Selling this new social contract is a matter of rebranding turbo-capitalism globally as “stakeholder capitalism”, or capitalism with a human face.[Haven't we seen this mediocre movie before—many times, in fact?]

Not a peep about the Great Reset as a mechanism of unbridled expansion of mega-corporate power, hermetically securing/serving the 0.0001%, which are not, and will never be, suffering The Great Depression.

Stripped to the bone, that’s also one of the key themes of the Fourth Industrial Revolution: consolidating, crushing and shepherding the working class masses into the unstable gig economy, commanded by “emotionally intelligent” leaders.

The Who nailed it half a century ago: meet the new boss, same as the old boss.

It’s still unclear what China, Russia and Iran – the real Three Sovereigns in this Brave New World, and the key nodes of progressive Eurasia integration – will counter-propose when faced with the Great Reset.

Into this toxic mix steps in none other than President Xi Jinping, the leader of the global superpower in the making. Instead of Reset platitudes, his Davos Agenda address was quite a realpolitik stunner.

Xi stressed, “to build small circles or start a new Cold War, to reject, threaten or intimidate others, to willfully impose decoupling, supply disruptions or sanctions, and to create isolation or estrangement will only push the world into division and even confrontation (…) We cannot tackle common challenges in a divided world, and confrontation will lead us to a dead end.”

Xi might be interpreted as aligning with Herr Schwab. Not really. Xi stressed solutions to our current plight must be multilateral; but the key is how to implement them geopolitically.

It’s unclear how the new dispensation in the US – humanitarian imperialists, Dem oligarchs, Big Tech, Big Pharma, Big Media – will react to Xi’s call: “The misguided approach of antagonism and confrontation, be it in the form of a Cold War, hot war, trade war or tech war, would eventually hurt all countries’ interests (…) “Difference in itself is no cause for alarm. What is alarming are arrogance, prejudice and hatred.”

Xi emphasized a straight to the point definition of multilateralism as

“having international affairs addressed through consultation and the future of the world decided by everyone working together (…) To beggar thy neighbor, to go it alone, and to slip into arrogant isolation will always fail.”

What Xi has made it crystal clear, once again, is the acute contrast between relative Asian serenity and stability and the volcanic chaos engulfing the West’s top power centers. How this intertwines – in realpolitik terms – with Her Schwab’s Brave New World will be a work in progress. For the moment, Xi has just read the Multilateral Riot Act at Davos. The whole Global South is paying attention.

Pepe Escobar (born 1954) is a Brazilian journalist works as an often appears as a commentator on Russia's RT and Iran's Press TV. He writes regularly for Russia's Sputnik News, and previously wrote many opinion pieces for Al Jazeera. Escobar has focused on Central Asia, Russia the Middle East, and Iran since the late 1990s.[/su_panel]
Up to You.

Ajamu Baraka: We Are Entering a New Totalitarian Era

The Biden climate plan: A drop in the ocean. (Basically capitalism cannot cure a wounded planet.)