Published: April 16, 2021Last Updated on April 18, 2021 7 minutes read
Please make sure these dispatches reach as many readers as possible. Share with kin, friends and workmates and ask them to do likewise.

"Practice open-minded skepticism; demand evidence; demand to know who the people involved are; scrutinize the history and backgrounds of the people, media, and places. In other words don’t allow yourself to easily be lied to..." 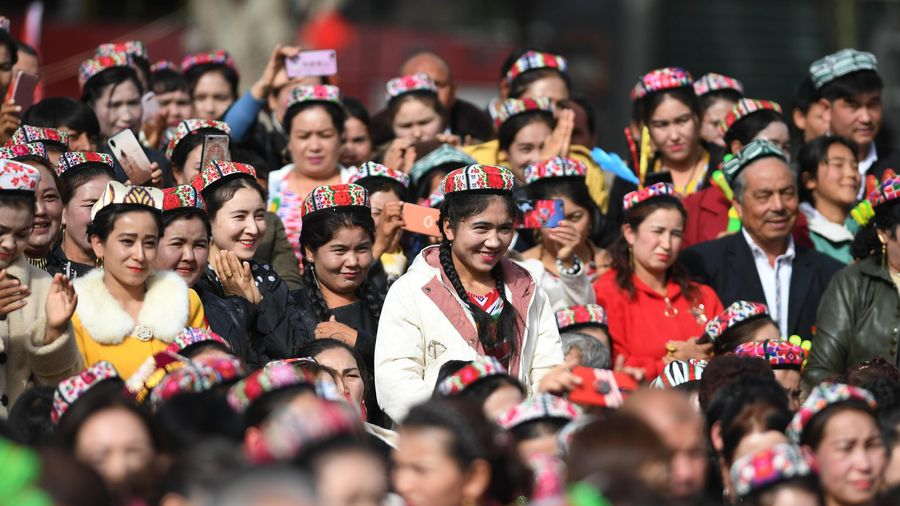 The Uyghur population continues to grow and thrive, despite US/NATO claims of Chinese genocide. So far, no concrete evidence has been presented.

In February, I asked, “Does the West Repeating Claims of China Committing Genocide in Xinjiang Reify It?” China is continually being raked over the coals by western governments and state/corporate media on whatever charge or pretext can be thrown in the hopes that something sticks to incriminate China. China’s economic ascendancy, socialism with Chinese characteristics, has thrown the capitalists of the world into a tizzy. However, to allege something so heinous as a genocide is beyond the bounds of bizarre.

If an identifiable group were being destroyed, especially a group that in 2018 constituted 12.7184 million people, that would surely be impossible to hide — even in a region as large as the autonomous province of Xinjiang. Furthermore, if one is going to allege such a horrific crime, one should not do so without irrefutable evidence.

One French journalist based in China, writing under the byline of Laurene Beaumond, criticized western media for alleging genocide1 against Uyghurs in Xinjiang province.2

So what is this parody of a process against China from a distance, without any concrete proof, without any valid testimony, by individuals who have never set foot in this region of the world?3

Concrete evidence should be demanded of all accusers.

This genocide is alleged to have occurred although the population of Uyghurs is vastly increasing in Xinjiang. Global Times, an English-language Chinese newspaper under the People’s Daily, cites statistical data from 2010 to 2018 that show:

If factually accurate (and I have seen no refutation of the statistics), then this is an utter refutation of a genocide taking place! The only other conclusion is that the modern Chinese are absolutely incompetent genocidaires.

Le Monde does not seek to buttress the allegations of genocide in Xinjiang. Instead it questions the bona fides of Laurene Beaumond. Le Monde says this person does not exist.

Global Times says she exists, but the name is a pseudonym. 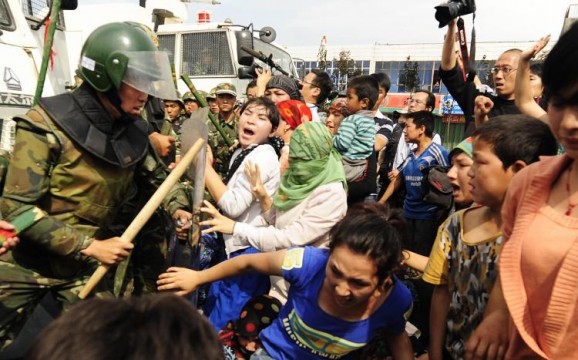 Disturbance in Xinjiang: The repressive image the West wants to sell about Beijing. But the truth about this image is in question, it could have been easily orchestrated in Turkey, for example, as the US is known to fabricate visual documentation for its numerous hybrid war campaigns.

This is problematic. It can be taken for granted that if one wants to work in western media then previous writings highly critical of the western Establishment and its media would shut the door quite tightly for any writing gigs in the West. But writing under a pseudonym poses ethical considerations. The monopoly media is often criticized by independent media and free thinking readers for trotting out anonymous sources. When a source is anonymous, when substantiation is lacking for what is said or written, then that source and its claims deserve to be met with skepticism.

In my mind, CGTN or any scrupulous media, should only allow persons to write under a pseudonym under stringent conditions, for example, if the writer’s life would be endangered. Also, the media would have to vouch, up front, for the bona fides of the writer or story source. This is especially so given the seriousness of a genocide allegation.

There is a solution, and it will require a bold step by “Laurene Beaumond.” She must come forward, declare her genuine identity, and present her credentials to clear all this up. CGTN needs to develop a transparent policy on the use of pseudonyms, and I’d suggest an apology might be in order for publishing this under a pseudonym.4

Disinformation originates in the deliberate and systemic effort to break down social cohesion and to deprive humanity of perceptive consciousness of our conditions. Disinformation seeks to isolate and divide human beings; to alienate us from our ability to use our senses, our intellect, and our communicative powers in order to identity truth and act on this knowledge. Disinformation is deeply implicated in the history of imperialism, Eurocentric racism, American Manifest Destiny, Nazi propaganda, the psychological warfare of the Cold War, and capitalist globalization. Disinformation seeks to erode and destroy the basis of individual and collective memory, the basis of those inheritances from history which give humanity our richness of diverse languages, cultures, nationalities, peoplehoods, and means of self-determination. The reach and intensity of disinformation tends to increase with the concentration of ownership and control of the media of mass communications.

Practice open-minded skepticism; demand evidence; demand to know who the people involved are; scrutinize the history and backgrounds of the people, media, and places. In other words don’t allow yourself to easily be lied to.

Our main image motif: Painted by famed Mexican muralist Diego Rivera, Glorious Victory is a critical and condemnatory view of the 1954 CIA coup of Guatemala’s democratically elected president Jacobo Árbenz Guzmán. The United States removed Árbenz from power and replaced him with a dictatorial military commander because Árbenz threatened the landholdings of the United Fruit Company with his agrarian reform laws. In the center of the mural, secretary of state John Foster Dulles is seen shaking hands with military commander and then president Castillo Armas, Washington's putschist general. Rivera paints Dulles with an expression of idiocy to demonstrate how he was too ignorant (or indifferent) to understand the terrible chain of events he had sparked.
Up to You.

U.S. Gov’t. Walks Back Lie Against Russia, But Says that Russia Must Be Apologizing