April 27, 2021 10 minutes read
Our articles depend on you for their effectiveness. Share with kin, coworkers and friends. 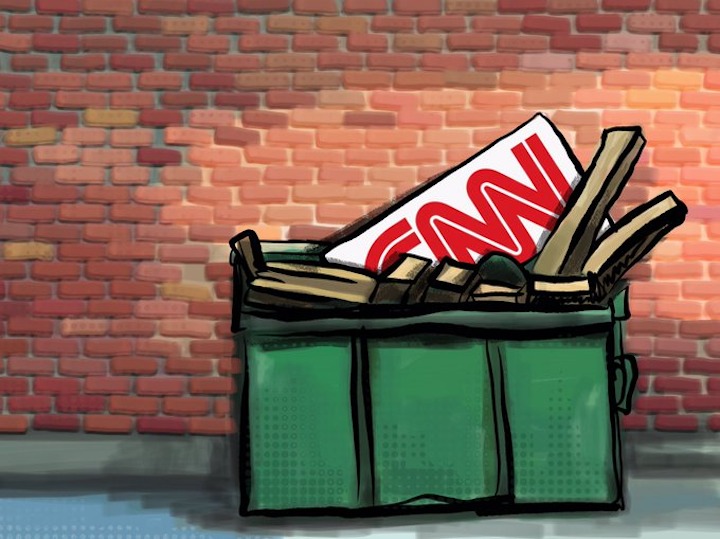 Going Rogue With Caitlin Johnstone · The Mass Media Will Never Regain The Public's Trust
This year has marked the first time ever that trust in news media dropped below fifty percent in the United States, continuing a trend of decline that’s been ongoing for years.

Mass media punditry is divided on where to assign the blame for the plummet in public opinion of their work, with some blaming it on Russia and others blaming it on Donald Trump. Others, like a recent Forbes article titled “Restoring Public Trust In Technology And Media Is Infrastructure Investment” blame it on the internet. Still others, like a Washington Post article earlier this month titled “Bad news for journalists: The public doesn’t share our values” blame it on the people themselves.

The one thing they all seem to agree on is that it’s definitely not because the billionaire-controlled media are propaganda outlets which manipulate us constantly in conjunction with sociopathic government agencies to protect the oligarchic, imperialist status quo upon which the members of the billionaire class have built their respective kingdoms. It cannot possibly be because people sense that they are being lied to and are fed up with it. 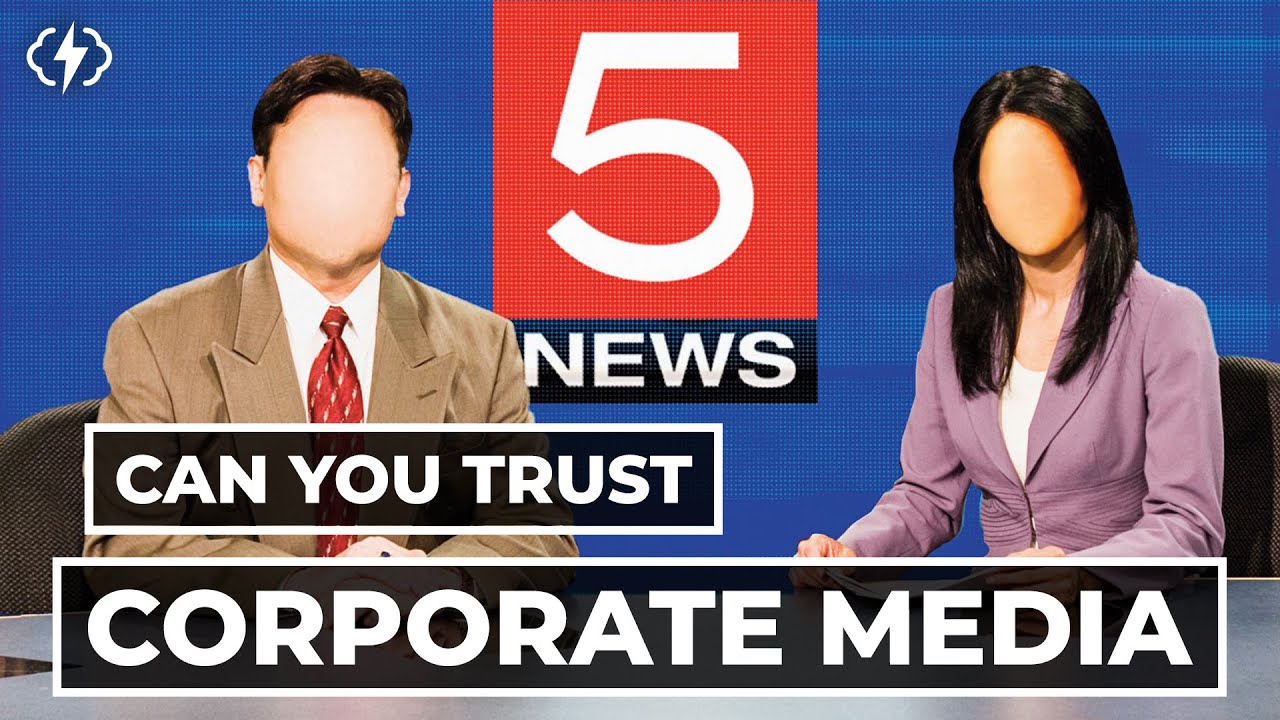 And actually it doesn’t ultimately matter what mainstream pundits and reporters believe is the cause of the public’s growing disgust with them, because there’s nothing they can do to fix it anyway. The mass media will never regain the public’s trust.

They’ll never regain the public’s trust for a couple of reasons, the first of which is because they’ll never be able to become trustworthy. At no point will the mass media ever begin wowing the public with its journalistic integrity and causing people to re-evaluate their opinion of mainstream news reporters. At no point will people’s disdain for these outlets ever cease to be reinforced and confirmed by the manipulative and deceitful behaviors which caused that disdain in the first place.

A propaganda outlet will never be anything other than a propaganda outlet. A lot of half-awake people with one eye open and one eye closed will notice how the news media don’t practice journalism and don’t report the facts, and they’ll assume that something went wrong at some point. “Just do your jobs and report the news!” they’ll shout in frustration.

Telling the mass media to “just do their jobs” and report the news is like bursting into a shoe factory yelling “Just do your jobs and start manufacturing dentures!” Their job is not to report the news, their job is to manipulate public perception for the benefit of the media-owning class. And toward that end they’ve been immensely successful.

There’s no point admonishing the mainstream press for the public’s plummeting trust in it, because a thing that has only ever existed to administer propaganda can’t suddenly become journalism. It’s like yelling at a rock for not being a tree.

The mass media are completely and utterly irredeemable, and always have been. It’s a waste of energy to try and get plutocratic propaganda institutions to suddenly begin doing journalism; that’s not what they’re for. Instead, our energy is better spent teaching people to stop seeing them as journalistic outlets.

The other reason the mass media will never regain the public’s trust is that humanity’s relationship with narrative is evolving too far beyond the level that once saw Americans gathered around the television listening with Bambi-eyed faith to the words of Walter Cronkite. That level of widespread blind credulity in the official stories of the day will never again exist.

Our old relationship with narrative is crumbling, and people’s old ways of understanding what’s going on in the world just aren’t holding together anymore.

As cold war tensions with Russia and China continue to mount while the US-centralized empire fights with increasing desperation to retain its dominance, we’re seeing propaganda hit white noise saturation levels to such an extent that we’ll likely soon find out how aggressively the collective consciousness can be pummelled with mass-scale psyops before it snaps.

America just went through four years with a president whose words had no relationship with facts or reality, and who made no attempt to pretend otherwise.

The mainstream public is becoming increasingly aware of the widespread nature of disinformation and propaganda.

Deepfake technology means we soon won’t even be able to trust video anymore.

Ordinary people are hurting financially while Wall Street is booming, a glaring plot hole in the story of the economy that’s only getting more pronounced.

There are numerous different narratives about Covid-19 and the government responses to it running parallel to each other with everyone still to this day absolutely certain that their position is the only correct one.

The entire media class is acting stranger and stranger, now routinely reporting bogus stories en masse like the Russian collusion narrative or the “Bountygate” narrative and then simply acting like it’s no big deal when those stories they’d fed us with such urgency are completely discredited.

Now we’re even seeing headlines about UFOs in esteemed mainstream publications, not just once but regularly, which would have been unthinkable a few years ago.

You can’t twist and shove the collective consciousness around like that without something snapping. Without people beginning to look at the thoughts in their heads with suspicion and beginning to question their sense of reality. Without people wondering if everything they believe is a lie.

"We are now, as a species, collectively squeezing ourselves out of our old unhealthy relationship with narrative."https://t.co/iYK2oC7YXf

We’ve been seeing signs that humanity is moving into a new relationship with narrative for some time now as people learn across all sectors of society that so many of the seemingly solid rules we once took so seriously are just empty thought fluff that we are free to rewrite at any time.

Atheism and secularism, once fringe positions, are now mainstream as people have discovered that they don’t need to allow their lives to be controlled by words written by long-dead men in far off lands from cultural and historical contexts which have no relevance to our own circumstances.

People are beginning to recognize that money is made up and we can collectively change the rules of how it works whenever we want, with the rising popularity of both socialism and cryptocurrencies capturing the public imagination of what’s possible.

People are beginning to understand that romantic relationships don’t need to look the way they’ve been modeled for us across the centuries, with unmarried, same-sex, polyamorous, or other relationship models also being perfectly acceptable options.

People are beginning to understand that “family” doesn’t need to refer to people to whom we are related by blood, with the concept of chosen family gaining in popularity.

People are beginning to understand that the failed drug war is an immoral abuse and that we should be allowed to experiment with our own consciousness using whatever substances we see fit.

These are all signs of a growing awareness that the “How It Is” narratives we’ve been fed by culture do not have the concrete reality to them that we once assumed they did. We’re beginning to see them as what they are: stories. Stories that we are free to ignore or re-write to whatever extent we find useful.

For propagandists whose manipulations depend on their targets imbuing their narratives with a great degree of significance, this recent development is very problematic. If a How It Is narrative isn’t taken seriously, it can’t be used to manipulate the way people think, behave, and vote. And this seriousness is exactly what we’re seeing deteriorate in humanity’s relationship with narrative.

This could end up being a very, very good thing. All human destructiveness is ultimately caused by our taking thought seriously instead of simply using it as the tool it’s meant to be and setting it down when we’re done with it; look at any manifestation of human self-destructiveness, no matter how large or how small, and you’ll find a belief being taken too seriously underlying it. This shift in our relationship with narrative could end up being what saves us from our self-destructive patterns as a species.

But it won’t lend itself to trust in the mainstream media. This too would be a very good thing.

Caitlin Johnstone is a rogue journalist, poet, and utopia prepper who publishes regularly at Medium.  Her work is entirely reader-supported, so if you enjoyed this piece please consider sharing it around, liking her on Facebook, following her antics on Twitter, checking out her podcast on either Youtube, soundcloud, Apple podcasts or Spotify, following her on Steemit, throwing some money into her tip jar on Patreon or Paypal, purchasing some of her sweet merchandise, buying her new book, Notes From The Edge Of The Narrative Matrix, and her other books: Rogue Nation: Psychonautical Adventures With Caitlin Johnstone and Woke: A Field Guide for Utopia Preppers. [/su_panel]

I’m celebrating the hardback release of Woke: A Field Guide For Utopia Preppers by making a pay-as-you-feel PDF available.

The best way to get around the internet censors and make sure you see the stuff I publish is to subscribe to the mailing list for at my website or on Substack, which will get you an email notification for everything I publish. My work is entirely reader-supported, so if you enjoyed this piece please consider sharing it around, liking me on Facebook, following my antics on Twitter, or throwing some money into my tip jar on Ko-fi, Patreon or Paypal. If you want to read more you can buy my books. For more info on who I am, where I stand, and what I’m trying to do with this platform, click here. Everyone, racist platforms excluded, has my permission to republish, use or translate any part of this work (or anything else I’ve written) in any way they like free of charge.

LOOK OUT THE WINDOW ND SEE THE HOMELESS