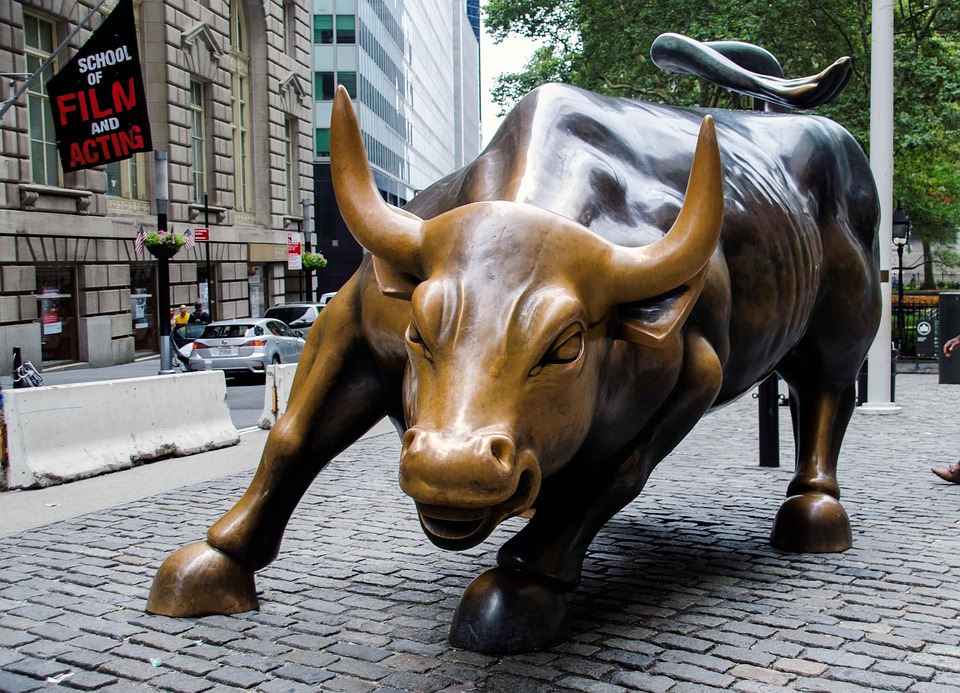 Capitalism is a misanthropic, dystopian religion. By “capitalism” I mean this or any other possible system wherein mass-scale human behavior is driven by the pursuit of capital. By “religion” I mean organized collective faith-based belief system.

In times past the dominant religions had names like “Christianity” or “Islam”, which were used to promote doctrines that shaped societies, dominated civilizations, and built entire empires. Theocratic institutions labored on behalf of the powerful to bend entire continents to their will, using narratives about beneficent invisible deities as cover. Nowadays the dominant religion is called capitalism, and the theocratic institutions are called governments, and the beneficent deity is called the invisible hand of the market.

In the old religions, people would gather once a week in a building to be indoctrinated by clergymen. In the new religion the clergymen come to indoctrinate you right in the comfort of your own home on screens showing news, TV shows, and Hollywood movies.

And capitalism, like most other religions, has a very bleak view of humanity. Its most vocal zealots talk a lot about “human nature”, which they insist is greedy, self-centered, and competitive.

They claim to be describing “human nature”, but in reality they are only describing their own nature.

"This is an important distinction, because it means we're not up against some intrinsic aspect of our being here."https://t.co/AKZ2O899PC

Human nature is not inherently greedy, self-centered and competitive. I look within myself and find an abundance of kindness, caring, and an eagerness to collaborate, and the same is true for many of us. The problem is that some people are greedy, self-centered and competitive, and the very worst of them have succeeded in indoctrinating the rest of us into a religion which upholds these things as virtues instead of severe character flaws. You’re not an exploitative predator, you’re an industrious job creator. You’re not a manipulative sociopath, you’re a senior fellow at an esteemed Washington think tank.

So this religious belief about “human nature” is false. But it’s also a self-fulfilling prophecy which creates the world it describes.

Because capitalist doctrine insists that humans are inherently greedy, self-centered and competitive, its believers cannot imagine any solution to our problems that isn’t driven by greed, selfishness and competition. The idea that we can transcend our propagandized conditioning, our cultural mind viruses and our egoic thought patterns enough to move from our competition-based system into a collaboration-based one looks ridiculous to them, because they believe our nature can only ever be at war. At war with each other, and at war with our ecosystem.

To a thoroughly capitalism-indoctrinated mind, the idea that we can transcend our self-destructive, exploitative, ecocidal patterning and move into collaboration with each other and with our ecosystem to create a healthy, harmonious world looks like childish nonsense. So instead they promote the far more mature and realistic idea that our world will be saved by greedy, union-busting tech oligarchslike Elon Musk. We consumed our way into this mess, surely we can consume our way out of it!

So now here we are, with the dominant narratives of our age driving us toward nuclear war and climate collapse via the self-fulfilling prophecy that to do otherwise is impossible. The paranoid, misanthropic, eat-or-be-eaten worldview that the capitalist religion has indoctrinated us into espousing has us scrambling over each other for table scraps, stepping on our neighbor’s head to keep our own head above water, saying “If I don’t steal it, someone else will,” and killing the ecosystem we depend on for survival just to make a few bucks, instead of escaping this dystopian death cult and moving toward health.

Lord of the Flies came out in 1954, smack-dab in the middle of probably the most culturally dead decade in living memory, a work of fiction which insisted that even innocent children would terrorize and murder each other if left uncommanded by civilizing adult discipline. In 1965 a group of British schoolboys were marooned for 15 months on an island considered uninhabitable, and by the time they were discovered “the boys had set up a small commune with food garden, hollowed-out tree trunks to store rainwater, a gymnasium with curious weights, a badminton court, chicken pens and a permanent fire, all from handiwork, an old knife blade and much determination.” The fiction could not have been more different from the reality.

It does not need to be this way. We do not need to remain locked in this vicious, competition-driven model until we kill ourselves off praying that Daddy Elon will save us and send us to Mars. The rules are all made up, and we can change them whenever we want if enough of us decide that a better world is possible. Money is a conceptual construct. Governments only exist to the extent that we all collectively agree they do. Our entire society is made of narrative. Our world is the product of human imagination.

And we are free to re-imagine it if we want to.