The media and even the UNO look the other way 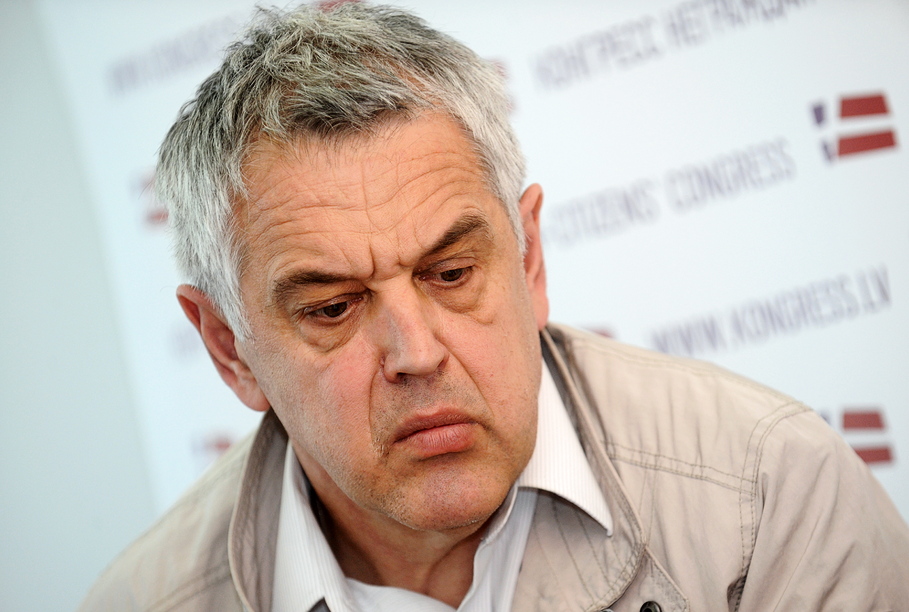 A. Gaponenko: being antifascist is now a crime in Latvia, and other russophobic Baltic nations.

On September 8, the Riga District Court confirmed the decision of the Vidzeme District Court that human rights activist and scientist Aleksandr Gaponenko committed a criminal offence by spreading anti-fascist statements. For these “crimes”, the court punished the scientist with 10 months in prison. He was awarded a suspended sentence and two years of probation.

This is a landmark decision, since previously anti-fascists in Latvia were persecuted only by the secret police and they did it surreptitiously. The decision of the Riga Court of September 8 means that the state has resorted to institutional means of reprisals against anti-fascists. Indirectly, the court’s decision recognised that fascism is a key element of the state ideology, an element that cannot be criticised under the threat of criminal punishment.

The prosecutor’s office based its accusations in court on the interpretation of a series of posts that the human rights defender published in the spring of 2015 on his Facebook page. In these posts, he expressed dissatisfaction with the latest march of followers of the Latvian Legion of Waffen SS troops in Riga on March 16 and expressed fears that the glorification of Nazism is an element of the policy of national radical groups in power to divide people into “higher” and “lower” grades.

The prosecutor’s office regarded this opinion as inciting ethnic hatred against Latvians. Like saying that Latvians can read the posts published on the Facebook page and this will cause them “unpleasant sensations”. It was precisely this expression that was included in the justification of the verdict of the court of first instance. That is, the mention that members of the Latvian Legion participated during the years of war in the destruction of hundreds of thousands of people on the territory of the republic may cause some Latvians “unpleasant feelings”. Apparently, among those who have been punished for crimes committed against humanity. And the very fact of the extermination of hundreds of thousands of people in concentration camps, including the execution of 70,000 Jews – citizens of the pre-war republic – is an ordinary matter.

During the exchange of remarks at the trial, the prosecutor called the human rights defender’s statements about the actions of the Nazis in Latvia a lie as many as seven times.

The prosecution of A. Gaponenko was initiated by the leadership of the National Unity Party. It was it that interpreted the human rights defender’s criticism of Nazi fans as criticism of Latvians. The Court, without any hesitation, accepted this interpretation.

The defense’s argument that the International Military Tribunal in Nuremberg recognised all SS members, including members of the Waffen SS troops, as criminals was strongly rejected by the Latvian courts in two instances. They considered that the decisions of the Nuremberg Tribunal on the territory of Latvia have no legal force. The Latvian courts also rejected the numerous resolutions of the UN General Assembly condemning the practice of glorifying Nazism.

It doesn’t matter to them that the UN organisation itself was created by members of the Anti-Hitler Coalition to prevent the revival of Nazism in the world. The court also did not take into account the resolution of the European Parliament of 2018 condemning the practice of glorifying Nazism in Latvia. Like saying that the resolution was adopted after Gaponenko made “terrible” statements.

Now the Latvian courts can safely bring to criminal responsibility for anti-fascist beliefs all the leaders of the UN member-states and all the MEPs on the basis of case law. Given that they committed their actions by prior agreement and as part of a “criminal” group, they will not be able to get off with a suspended prison sentence.

THREE STRIKES YOU’RE OUT FOR WESTERN PSYCHOTHERAPY: THE DARK HISTORY AND ITS SHORTCOMINGS WITH COLLECTIVISTS