As usual suddenly and with no appeal. Years of work erased instantly. e inhabit an informational tyranny.

April 2, 2022
Please make sure these dispatches reach as many readers as possible. Share with kin, friends and workmates and ask them to do likewise. 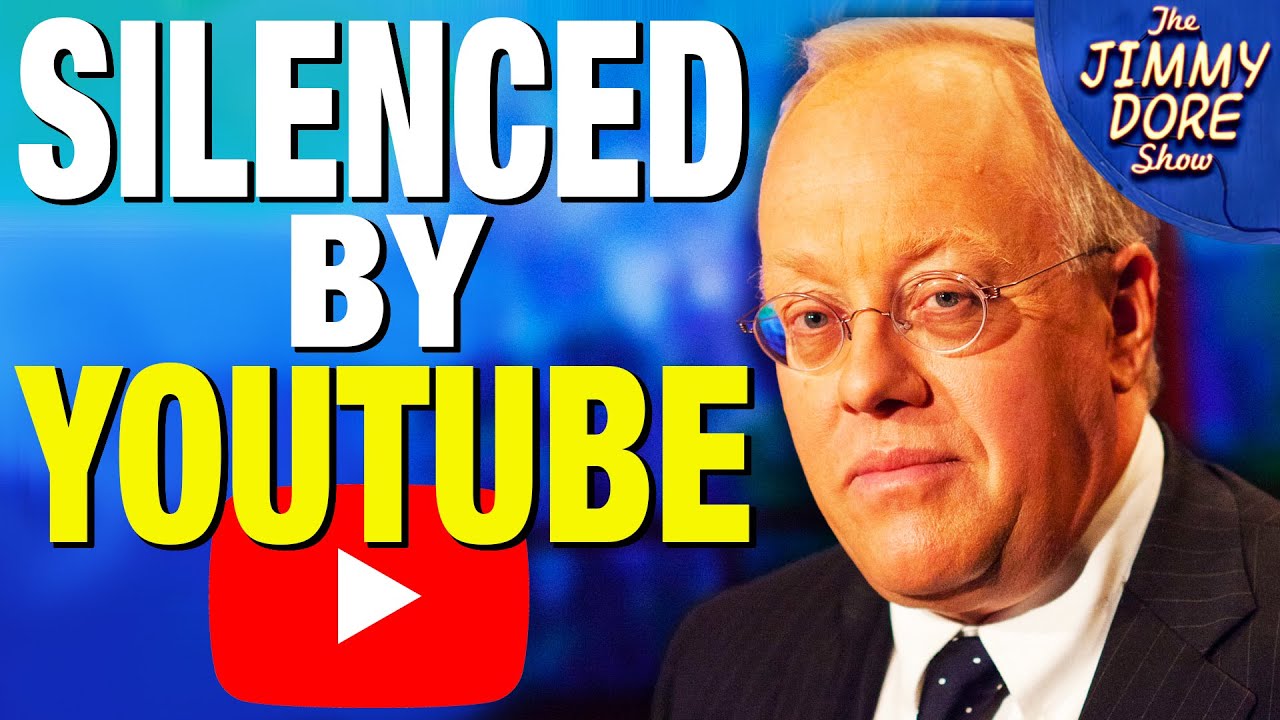 EDITOR'S NOTE:
It's an outrage that Chris Hedges has been wiped out from YouTube (Google) and some of the biggest social media platforms. (Besides being long banned from legacy media like the major newspapers, etc.). However, this is not surprising and should not come as a shock. The global capitalist ruling class, led from Washington and London, is in a panic mode, and is using every tool at its disposal: strategic, informational, economic, etc., to disrupt and defeat its class enemies and keep a tight lid on the truth. The official narrative must prevail at any cost.  That such efforts will inexorably fail is small consolation. WE know that capitalism and its usual spawn— imperialism and fascism— are all bound to fail; that the social issues they attempt to contain by force and subterfuge are too vast and too structurally INTRACTABLE to be neutralised by superficial maneuvers. So, from that broader perspective, the disappearance of Hedges, a rational and well-informed voice, is a loss for progressive humanity at a perilous moment. That said, there's nonetheless a problem we find with all liberal critics of the Western capitalist establishment, Hedges included. Very often they give with one hand and take with the other. For at heart they are actually enemies of genuine socialism, the only cure to the myriad and painful contradictions of capitalism.

Hedges illustrates the classical limits of left-liberalism and social democracy: left anti-communism, and the absolutist pieties and perfectionist neuroses of most liberals ("all wars are evil", you don't need a proletarian state to defend the revolution, etc.). How can people like Hedges say they understand the motives Putin had to invade Ukraine, and yet condemn his actions as morally equivalent to those of any US presidential butcher? What would he had done if sitting in Putin's place? Hedges and most liberals conveniently forget that there are victims and victims. In America's imperial wars, meddling, sanctions, and naked coups, the object is NEVER morally justified; such acts are by definition international crimes, Nuremberg-class war crimes, despite the usual tsunami of sanctimonious pretexts. So the many victims who suffer under such manufactured events ("wars of choice", etc) perish for the sake of advancing evil.  This is not the case with a morally justified military intervention as Russia deployed in 2015 in Syria, to save a government about to be toppled by head-chopping Jihadists and NATO forces inserted in Syria for no better reason than to amplify the already immense power and wealth of tiny Western plutocratic elites. That is pure EVIL. Nor, for that matter, was it evil to launch the special military operation currently unfolding in Ukraine, a zombie state earmarked by a cynical US ruling class to serve as a forward deployment base for its "first-strike nuclear missiles".  Yes, Russia is engaged not in a war against Ukraine per se, but a much bigger and dangerous war against the US deep state and its multitude of equally depraved proxies, and the object is to remain sovereign and safe, which is her right under UNO protocols.  So to condemn both sides as morally on the same footing is intellectually obtuse if not simply dishonest.

Too bad that Jimmy Dore is still innocent about these things. For all the cogent and eloquent analysis about the state of US society, Maybe impressed by CIA-pupil Hanna Arendt, Hedges can never refrain from taking potshots at "authoritarians" and "totalitarians" (i.e., Stalin, the Soviet Union, the Serbs in the Yugoslav civil war, North Korea, the GDR). In this context, read our special pieces on left anticommunism, a form of Fifth columnist posture, and why it matters to realise the role these people play—wittingly or unwittingly— in the class struggle.  Here's an apt criticism of Hedges by young revolutionist  Rainer Shea:

Hedges of course isn’t pushing a worldview that encourages hostility towards the idea of proletarian liberation in itself. The vast majority of Hedges’ work is some form of condemnation of capitalism and its consequential evils, and he frequently urges people to revolt against the system. Yet despite having stated in one essay that he believes Karl Marx was right about the nature of capitalism, he portrays all of Marxism’s biggest champions as villains and fools. Che Guevara is characterized by Hedges as an incompetent leader who was driven by irrational bloodlust; Lenin and Stalin are characterized as evil dictators; in the fashion of classic anti-communist historical revisionism, Mao is characterized as a perpetrator of “campaigns of genocide and mass extermination” who advanced “totalitarian systems” that were comparable to Nazism. (Rainer Shea, Chris Hedges’ counter-revolutionary advice for revolution).

The Jimmy Dore Show
Award-winning journalist and bestselling author Chris Hedges has been effectively silenced by YouTube, with six years’ worth of Hedges’ show, ​​”On Contact,” deleted from the platform simply because the program appeared on the Russian-affiliated network RT.

Your Top Priority is The Emotional Comfort of the Most Powerful Elites, Which You Fulfill by Never Criticizing Them.