Biden lashes out against “enemies” as our country declines

May 31, 2022 10 minutes read
Please make sure these dispatches reach as many readers as possible. Share with kin, friends and workmates and ask them to do likewise. 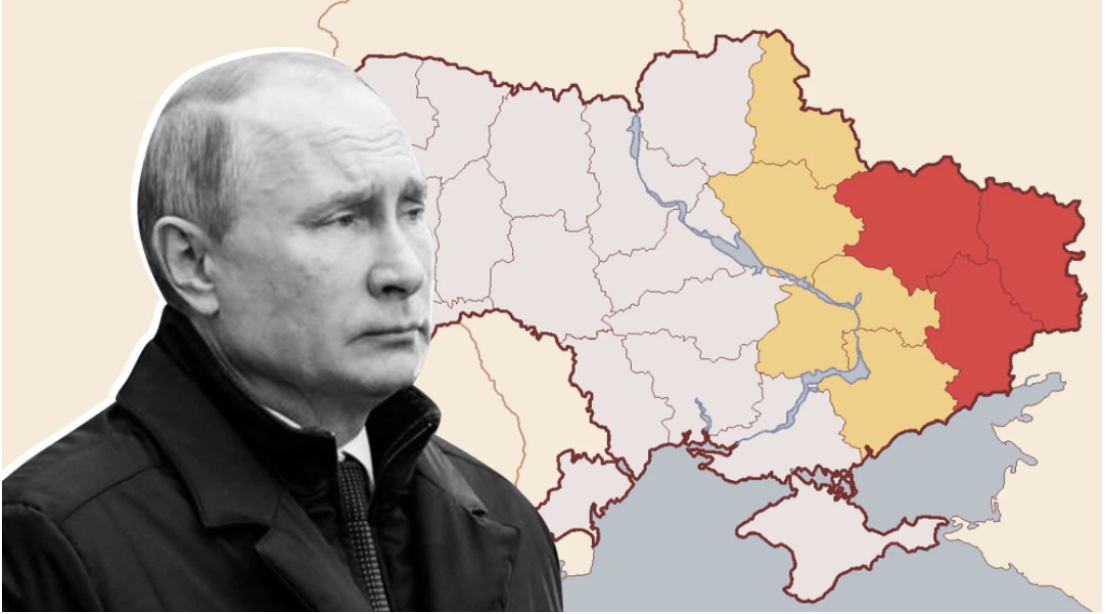 One recalls that when war fever surged demanding intervention by Imperial Britain in the Russo-Turkish War of 1877, a song became popular in the music halls which included “We don’t want to fight, But by Jingo if we do, We’ve got the ships, we’ve got the men, we’ve got the money too.” If the refrain sounds familiar, it should as the United States has been experiencing extreme “jingoism” since 2001. Any rejection of the “rules-based international order” established and policed by “leader of the free world” Washington has resulted in immediate punishment by sanctions followed by threats of military intervention. In some cases, as in Afghanistan, Iraq, Libya and Syria, the actual armed intervention seeking regime change has been the end result. And it is all done to spread “freedom” and “democracy,” a claim that might be disputed by the millions of dead mostly Muslims who have had to suffer the consequences.

So the United States of America has been a country, like its best friend Israel, that seems to be perpetually at war…so what else is new? What’s new is that under President Joe Biden there has been zero diplomacy and almost reflexive reliance on wielding the “big stick.” To quote another bon mot from one of my favorite authors Raymond Chandler, creator of private eye Philip Marlowe, “…when in doubt, have two guys come through the door with guns.”

Don’t worry, Chandler’s two guys and many more like them are now in Ukraine undercover and in mufti training Ukrainians to use all the nifty Raytheon and Lockheed toys Uncle Joe has sent them. They are working together with the largely neocon advisers coaching Ukrainian President Volodymyr Zelensky, who is guarded by British and US special forces, on what to say and do during his increasingly strident international calls to widen the war. If they are successful and manage to sink another Russian ship or two using harpoon missiles, which Zelensky is threatening to do, the proxy US war with Russia could quickly become for real. Zelensky’s family meanwhile is reportedly safely ensconced in an $8 million villa in Israel. He also has a multi-million dollar villa property near Miami and another in Tuscany. Who would have thought that being president of the poorest country in Europe could bring such material rewards?

"That the United States has been a major source of money, weapons and political cover for Israel since 1967 if not before is indisputable, the result of corruption of America’s government at all levels by the groups and billionaires euphemistically described as the “Israel Lobby.” War criminal Israeli leaders like Ariel Sharon and Benjamin Netanyahu have boasted about their control over Congress and the White House as well as the media and every time Israel does something atrocious the only US response has been to give it more money..."

Australian journalist Caitlin Johnstone, who has a huge worldwide audience, opines that Biden is possibly the worst US president ever, worse even that his consistently denigrated predecessor and media punching bag Donald Trump. Her recent article succinctly addresses what makes Biden’s egregious failure both different and incredibly dangerous. She writes “Preventing nuclear war is a US president’s single most important job. It’s so important you shouldn’t even really have to talk about it, because it’s so self-evidently the number one priority. And this administration is just rolling the dice on nuclear conflict with increasing frequency every day. Even if humanity survives this standoff (and the one with China that’s next in line), Biden will still have been an unforgivably depraved president for allowing it to get this close. There’s no excuse whatsoever for just casually rolling the dice on all terrestrial life like this.”

Indeed, Joe Biden’s latest tricks include declaring that the US will go to war with China to protect Taiwan if Beijing should prove so bold as to want to take control of its wayward province. But the US established policy is to maintain “strategic ambiguity” about China/Taiwan, a diplomatic solution crafted in 1979 to help prevent any provocations by either party that would lead to the situation developing into a shooting war. Joe seems to have missed that point, if he ever understood it in the first place, and certainly his advisers appear to be no more savvy than he is, though the White House quickly issued a correction on the apparent gaffe in the form of a statement that automatic defense of Taiwan is not official policy. Yet.

But my favorite move by the Biden Administration, if one might be so bold as to suggest that it is actually capable of administering anything more kinetic than a hot dog stand, is the latest pander to Israel. The recent murder by military sharpshooter of Palestinian/American journalist Shireen Abu Akleh followed by a humiliating spectacle of police violence at the funeral as well as subsequently at a second Palestinian funeral, actually found some administration flunkies and congress critters calling for a full investigation by Israel. The Israeli government and army refused to do so and the White House has pretended that there is no longer anything to see or consider. Israeli Defense (sic) Minister Benny Gantz recently visited Washington but the issue of a murdered American was not even raised as top officials tried to outdo each other in expressing both their love for and fealty to the Jewish state, which Biden will soon be visiting. The US president will ignore the fact that Israel is celebrating his visit with its greatest eviction of Palestinian residents in twenty years.

That the United States has been a major source of money, weapons and political cover for Israel since 1967 if not before is indisputable, the result of corruption of America’s government at all levels by the groups and billionaires euphemistically described as the “Israel Lobby.” War criminal Israeli leaders like Ariel Sharon and Benjamin Netanyahu have boasted about their control over Congress and the White House as well as the media and every time Israel does something atrocious the only US response has been to give it more money. Israel would surely love to have the United States fights its wars, most prominently by attacking Iran, but somehow that military intervention and regime change, apart from a number of assassinations, has not yet taken place.

But now all of that might be changing due to a combination of the Biden regime’s recklessness and Israel’s genuine contempt for the American people, who they have been parasitically feeding off of since their settler state was founded. The US has, for the first time, participated in a large-scale military exercise with Israel on May 18th which was designed to simulate an attack on Iran using American Air Force refueling planes to enhance the ability of Israel to keep its jets flying to maintain air superiority over the Persians. It was a war game in the most literal sense even though the tanker aircraft did not actually refuel any Israeli planes and it basically commits the United States to be a dedicated participant if the Israelis should throw the dice and chance on a military attack on Iran’s presumed nuclear and air defense sites.

I also smell a possible false flag if the exercise is repeated, as it surely will be. What if one of the US planes taking part in a future exercise were to be shot down in an incident staged by Israel that might plausibly be attributed to Iran? As the exercises will presumably take place over the Mediterranean Sea in the coastal waters part of which Israel has inter alia stolen from Gaza and controls, bringing Iran into the equation would be difficult but possible to manage with enough cleverness combined with hubris, which the Israelis have in plentiful supply. That Israel would without hesitation shed American blood if it were to advance its own perceived interests should not be doubted by anyone. Look only at the two Israel false flag attacks against the US, the Lavon bombing incident in 1954 and the bloody assault on the USS Liberty in 1967, which killed 34 American sailors and injured more than a hundred others in an attempt to sink the ship and kill all its crew. That is the Israel America has grown to love and nourish, a viper in one’s bosom, always willing to strike the body that feeds it.

But to return to Caitlin Johnstone’s observation, America is in deep trouble. Its economy is visibly sinking while standards of living are dropping and will decline further as military spending grows while both the increasingly “woke” educational system and industrial base are no longer competitive. We have a plausibly psychopathic government that is bringing us to the brink of war with several nuclear powers. What we Americans need is not another war, but rather an end to war, particular those wars that can somehow kill most or even all of us. Instead, help build pressure to wind down the Ukraine war through negotiations, stop feeding Zelensky with weapons and money. Leave China alone and stop being Israel’s patsy against Iran and inside Syria. Try to get along with competitors. It would indeed be a Brave New World, wouldn’t it? A country at peace with itself and working to benefit the American people – something that we have rarely seen since 1945.

ABOUT THE AUTHOR
Philip M. Giraldi, Ph.D., is Executive Director of the Council for the National Interest, a 501(c)3 tax deductible educational foundation (Federal ID Number #52-1739023) that seeks a more interests-based U.S. foreign policy in the Middle East. Website is councilforthenationalinterest.org, address is P.O. Box 2157, Purcellville VA 20134 and its email is inform@cnionline.org.

Not Suitable for J-School: Information Blockades – How and Why?

Thank you to the author for highlighting Caitlin Johnstone’s work. She is far and away the most prolific and creative anti-war journalist in the world… as far as I am concerned. To anyone who wants to help change the world, please spread Caitlin’s name and blog around.