August 19, 2022
Please make sure these dispatches reach as many readers as possible. Share with kin, friends and workmates and ask them to do likewise. 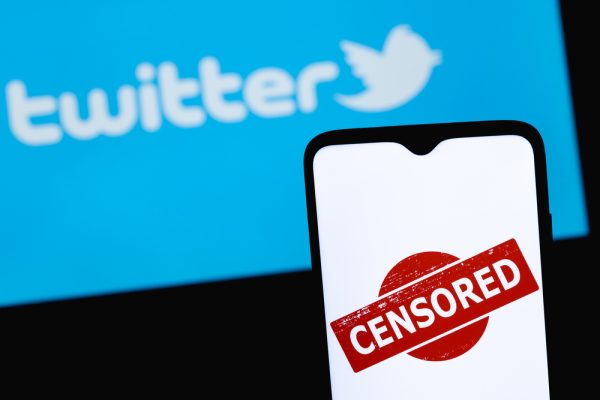 Twitter has temporarily suspended the account belonging to Russia’s foreign ministry, officials in Moscow have revealed. According to the ministry’s spokeswoman, Maria Zakharova, the punitive measure was imposed after the diplomats cited a Russian military commander, who had alleged the US could have been behind the Covid-19 pandemic.

On Tuesday, Zakharova posted a message on her Telegram channel, saying that on August 5, Twitter “blocked for seven days the official account of the foreign ministry in English.” The diplomat explained that the harsh reaction had been triggered by the ministry posting a tweet featuring excerpts from a speech delivered earlier by the head of Russia’s Nuclear, Biological and Chemical Protection Troops, General-Lieutenant, Igor Kirillov.

The tweet which led to the suspension is preceded by a plaque saying that it “violated the Twitter Rules on sharing false or misleading info that might bring harm to crisis-affected populations.” The platform noted, however, that it had chosen to preserve the message “for accountability purposes.”

⚡️ Russian MoD unveils new data on military and biological activities of the US and its allies in Ukraine and elsewhere in light of new information.

After Russia’s war with Ukraine broke out six months ago, numerous harsh Western sanctions have been imposed upon Russia and individual Russians. But this suspension was unprecedented, with no such previous action having ever been taken against an official Twitter account of the Russian government.

This drastic step underscores the enormous gravity of those Russian accusations. If the world began to suspect that Covid was an American bioweapon, the global political landscape might dramatically shift.

Given the importance of this latest development, it’s worth reviewing how it came about.

Prof. Jeffrey Sachs of Columbia University is the high-ranking American academic who had chaired the Covid Commission of the Lancet, a leading medical journal. In May, he co-authored an article in America’s prestigious PNAS journal pointing to the very strong evidence that Covid was bioengineered in a laboratory and called for an independent inquiry into its origins.

In that article, he emphasized that the EcoHealth Alliance, heavily funded by our own Department of Defense, had been very actively collecting exactly the sort of viruses that probably constituted the precursor stock to the genetically-engineered Covid virus.

These dramatic claims by leading academic figures should have resulted in major media headlines, but instead they were ignored by virtually all mainstream and alternative media outlets, though I discussed them in a column.

The following month, Prof. Sachs spoke at a Spanish think-tank conference and he strongly suggested that the Covid virus seemed to have emerged from American biotechnology. A few weeks later, RT ran a short item highlighting Sachs’s statements, and a clip of his remarks went super-viral a couple of days later, being retweeted more than 11,000 times and accumulating a million views, as I described in a column:

"I chaired the commission for the Lancet for 2 years on Covid. I'm pretty convinced it came out of a US lab of biotechnology [...] We don't know for sure but there is enough evidence. [However] it's not being investigated, not in the US, not anywhere." pic.twitter.com/IYvSJnlv1q

Britain’s populist Daily Mail finally decided to cover the story, bringing it to the attention of a mainstream audience:

The following week I noted that the 1986 Chernobyl nuclear disaster had played a major role in the collapse of the Soviet Union, and the Covid epidemic has been perhaps a thousand times greater in its global impact. If the world began to believe that Covid had an American origin, the geopolitical impact would be monumental. And with more than a million Americans dead and two years of lockdowns and disrupted lives, the domestic political consequences would be equally enormous:

Partly as a consequence of Prof. Sachs’s explosive claims, I was interviewed at the end of July by Sputnik News, a mainstream Russian media outlet with 20 million monthly visits. This finally allowed my Covid analysis to reach a much larger and more global audience:

The Sputnik article seems to have been one of the most popular on their website, with more than 100 endorsements by readers, and my own column on the controversy also generated strong traffic, with more than 300 comments:

A few days after the Sputnik article ran, Lieutenant-General Igor Kirillov, the head of Russia’s Radiation, Chemical, and Biological Defense Forces, held a public briefing in which he raised the possibility of American responsibility for the global Covid epidemic. As RT reported:

Taking into account the interest of the US administration in the study of narrowly targeted biological agents, such statements force us to take a fresh look at the causes of the novel coronavirus pandemic and the role of US military biologists in the emergence and spread of the Covid-19 pathogen,” Kirillov said.

Russia now suspects that USAID might have been directly responsible for the emergence of the Covid-19 virus, according to Kirillov, who pointed to a Lancet article by Columbia professor Jeffry Sachs, who suggested that the virus was likely created in a lab with the help of America’s latest achievements in the field of biotechnology…

“The implementation of the COVID-19 development scenario and USAID’s emergency phasing out of the Predict program in 2019 suggest the deliberate nature of the pandemic and US involvement in its occurrence,” Kirillov said.

I have no particular insight into the thinking of the Twitter monitors who suspended Russia’s account, but I suspect that they sincerely regarded those Russian Covid accusations as totally absurd and dangerous, an outrageous “conspiracy theory” having absolutely no basis in reality.

Corporate executives probably draw their understanding of the world from the same media sources as the general public, and if no Western journalists have ever hinted that Covid might have been an American bioweapon, the notion would seem just as unimaginable to a Twitter manager as it would to one’s own next-door neighbor. Those who control the media control the contours of perceived reality.

For more than two years, I’ve been stunned by the complete unwillingness of virtually any mainstream or alternative journalists to take notice of the very strong evidence of American culpability. Just yesterday I sent this note to a member of America’s elite establishment with whom I’ve been friendly for many years:

For the same of argument, let’s assume I’m correct and there’s at least a pretty good chance that the blowback from an unauthorized biowarfare attack has now killed a million Americans.

Can you think of anything in the history of the world let alone the history of America that’s comparable to that? As I argued in one of my recent articles, it’s probably 1000x a greater worldwide disaster than Chernobyl.

And the notion that absolutely no one is willing to discuss it is just unbelievable. It’s not like Stalin’s NKVD will ship them off to the Gulag if they say anything. I mean it’s one thing if people are fearful of being shot, but it’s another thing if they’re merely fearful of being criticized on Twitter…

I just can’t understand why absolutely no one is willing to take a public stand on this issue. Once all the facts came out more than a year ago, I assumed the dam would break any week.

It is quite amazing.

At the beginning of August Prof. Sachs gave a long interview to Current Affairs, a progressive alternative publication, in which he described the roadblocks his Lancet investigation into the origins of Covid had encountered. The scientific members serving under him refused to explore any American role in the creation of the virus and were unwilling to disclose the recent American research in related areas:

What I’m calling for is not the conclusion. I’m calling for the investigation. Finally, after two and a half years of this, it’s time to fess up that it might have come out of a lab and here’s the data that we need to know to find out whether it did…

NIH was actually asked at one point: give us your research program on SARS-like viruses. And you know what they did? They released the cover page and redacted 290 pages. They gave us a cover page and 290 blank pages! That’s NIH, for heaven’s sake. That’s not some corporation. That is the U.S. government charged with keeping us healthy. 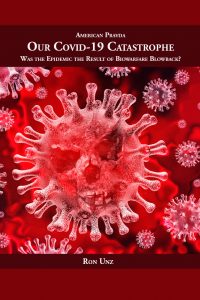 Since April 2020 I have argued that the Covid outbreak was likely due to an American biowarfare attack against China (and Iran), just as the Iranians had claimed at the time. This undertaking almost certainly occurred without the personal authorization of President Trump, and therefore constituted a “rogue operation.”

My own long series of articles has documented the very strong evidence of American guilt, notably including obvious foreknowledge of the Wuhan outbreak. All of the underlying source material was provided in the reporting of establishment media outlets and cannot easily be denied.

But timorous journalists have averted their eyes and refused to take any notice of what had been revealed in their own publications.

I’ve also presented that same information in a number of podcast interviews, which have now been viewed nearly a million times, including almost 50,000 views in the last couple of days. As the facts they present become more widely known, dramatic political shifts may begin to occur.

I suspect that if the executives at Twitter became aware of this factual information, they might have considered the public statements of the Russian Defense Ministry in a very different light.

Three of the most substantial presentations total nearly four hours and are conveniently available on Rumble.

Why Is Amnesty Apologizing for Telling the Truth About Ukrainian War Crimes?

Reason U.S. Stays in Syria Revealed: To Steal Its Oil