Home AMERICAN BRAINWASH Great unsaid in US election: Love for ‘forever war’ is what cost Democrats

Great unsaid in US election: Love for ‘forever war’ is what cost Democrats

Published: November 29, 2022Last Updated on December 2, 2022 8 minutes read
Please share this article as widely as you can.

by Ramin Mazaheri and cross-posted with PressTV 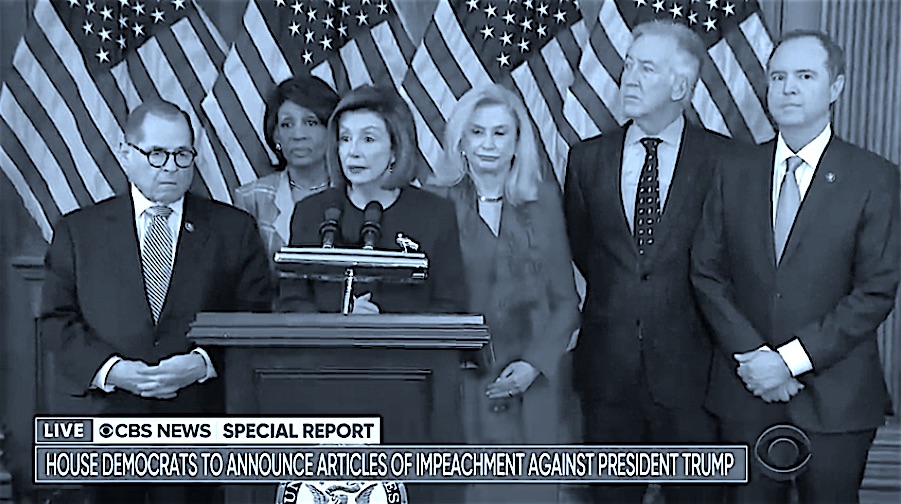 The US party system is running on fumes. People are finally learning it's really a "uniparty" with two faces that does not represent them at all.

It is an American rite of passage to realise that the Democratic Party never achieves what they claim to want to achieve.

Some Americans achieve this realisation at 13, whereas the truly insufferable – because they lie about the past and are forced to deflect from those lies with aggressive self-righteousness – can persist in this self-harming delusion even past 63.

Losing control of the House of Representatives means the election was a major loss. Democrats are spinning the idea that “We could have lost worse” actually represents a positive outcome, but only committed Democrats are able to delude themselves into thinking that such pathetic logic is actually believed by the average person.

Democrats might also lose the Senate, but it’s already a done deal: the United States will be stuck in two years of gridlock, with each party voting down each other’s legislation. An America badly in repair will have only have bipartisan agreement on the usual: increasing military spending. Republicans now have the ability to introduce and discuss legislation which Democrats greatly fear, such as the handling of the coronavirus, the anti-Trump efforts of the FBI, the botched withdrawal from Afghanistan, etc.

It’s true that the sitting party’s president almost always loses Congressional seats in the midterm election, but what really cost the Democrats was their commitment to the American Dream of “forever war”.

The Pentagon just announced that they will be in Ukraine for “as long as it takes” and unveiled a new command center in Germany to help train and equip Ukraine’s military. Goodbye Afghanistan, but hello Ukraine.

What cost the Democrats on election day is the failure of the economy, and while Americans might have passively stood for another two years of inequality, poor wages and precariousness (what’s 2 more on top of 40?), Washington’s choice to reject diplomacy and fuel war in Ukraine is what sent the economy into a tailspin at warp speed. The economic crisis was the number one issue for voters, and this pain was self-inflicted by the warmongering Democrats.

Just as the economic sanctions on Russia have rebounded so awfully against the West, so did the Democrats’ war drive rebound in their own sanctioning at the ballot box this week.

They did do better than expected, so just imagine how Democrats might have done if the economy was merely stable, instead of the current awful? They could have kept the House and won true control of the Senate – not the often-useless 50-50 split they eked out in 2020.

It’s completely accurate to say that the Democrat-led war drive in Ukraine is the reason why Democrats lost control Congress, but it’s forbidden to say such things in the Western media.

What drove Democrats to be so reckless with the well-being of the everyday American?

Some will say it’s Russophobia, just as Islamophobia after 9/11 smoothed public opinion for a 20-year murder spree across the Muslim World.

You can’t demonise a nation every night on MSNBC and every day in The New York Times for 5+ years and then be surprised when their readers and leaders exacerbate a war with the object of demonisation. Those are Democratic Party mouthpieces and not Republican ones, which can have very different ideas on Ukraine. Democratic Party leaders are obviously driven by an unjust need for vengeance against Russia – whom many Democrats falsely blame for influencing the 2016 election – and to hell with the costs on the working-poor class.

However, going back six years is a very short measuring stick. America has been at war since always. The world used to consider Democrats brave for saying that out loud, but it is no longer the 1950s – this is now common knowledge among the new generation.

Now being a true progressive certainly must include a desire to end civil and foreign violence. That latter seems to be the domain of the Republican Party in 2022, as they have actually threatened to cut funding for Biden’s Ukrainian quagmire.

That the Republicans are the “peace party” makes no sense, of course. The “CIA Democrats caucus” (Democrats in the House of Representatives who worked in intelligence, the State Department or the military) has expanded to at least 15 people and that makes no sense, either.

But since when has American politics made moral sense? America has always been a deeply reactionary country – its founding revolution was merely against foreign control and not in favor of a progressive reordering of society – and thus its politics has always been defined by hypocrisy, zero memory and even less understanding of this thing we share called human history.

The Democrats’ Russophobia made Russia the target, but the Democratic Party’s truly autocratic and anti-democratic commitment to “forever war” is the root cause of their undeniable electoral defeat this week.

Democrats are more committed to war this time, but it’s absurd to believe that even if Republicans don’t totally back this war that they won’t back future American wars. Simply refer to how France didn’t join the Western coalition against Iraq only to join all the following Western imperialist coalitions, and also spearheaded their usual imperialist domination across the Sahel and West Africa.

What’s the root effect, and the one which is most historically important? 2022 has shown that the US cannot handle its forever wars like it used to – not militarily, not politically and obviously not economically.

That’s the biggest change Americans have to grapple with, and their solution is peace: A top foreign policy poll recently showed that 79% of Americans want peace with Iran, for example. Of course, despite all the insistence in the US and also Iran that a Democratic victory in 2020 will end America’s “forever war on Iran” Joe Biden has obviously disproved that, as well.

However, all the American people could do was punish the Democratic Party – it’s not as if any composition of Republicans and Democrats will actually implement the will of the average American.

The Democratic Party cannot and will not ever grapple with its inability to handle forever wars, which has been laid bare in 2022, because that’s not how Western Liberal Democracy works: it requires forever wars, both foreign and domestic.

Many incorrectly believe that the Democratic Party can somehow save Western Liberal Democracy, but not that many Americans engage in such wishful thinking – simply look at the vote results after two years of Democratic control of Washington.

This is box title

Ramin Mazaheri is the chief correspondent in Paris for PressTV and has lived in France since 2009. He is currently covering the US midterm elections. He has been a daily newspaper reporter in the US, and has reported from Iran, Cuba, Egypt, Tunisia, South Korea and elsewhere. His latest book is ‘France’s Yellow Vests: Western Repression of the West’s Best Values’. He is also the author of ‘Socialism’s Ignored Success: Iranian Islamic Socialism’ as well as ‘I’ll Ruin Everything You Are: Ending Western Propaganda on Red China’.

STALIN: THE HISTORY AND CRITIQUE OF A BLACK LEGEND

The U.S. and NATO Are Waging War With Russia in Ukraine… But Russia Is Assured of Victory – Russell Bentley

Investigative historian Eric Zuesse has filed this dissenting report: The exit polls clearly showed that international affairs were far down the list of voters’ priorities, and that the abortion issue dominated in drawing Democrats to the polls and was among the top issues for all voters (but, apparently, more so for Democrats than for Republicans): wahttps://www.shingtonpost.com/politics/2022/11/08/exit-polls-2022-elections/https://archive.ph/o0sZx How different groups are voting according to exit polls and AP VoteCast Updated at 5:45 a.m. Eastern, on 9 November 2022 Most important issue in vote Return to menu Network exit poll Abortion (27%) 76% [Democrat] 23% [Republican] Inflation (31%) 28% 71% Crime (11%)… Read more »

Why was this false article published? The exit polls clearly showed that international affairs were far down the list of voters’ priorities, and that the abortion issue dominated in drawing Democrats to the polls and was among the top issues for all voters (but, apparently, more so for Democrats than for Republicans): https://www.washingtonpost.com/politics/2022/11/08/exit-polls-2022-elections/ https://archive.ph/o0sZx How different groups are voting according to exit polls and AP VoteCast Updated at 5:45 a.m. Eastern, on 9 November 2022 Most important issue in vote Return to menu Network exit poll Abortion (27%) 76% [Democrat] 23% [Republican] Inflation (31%) 28% 71% Crime (11%) 41% 57%… Read more »