Andre Vltchek: Point of No Return 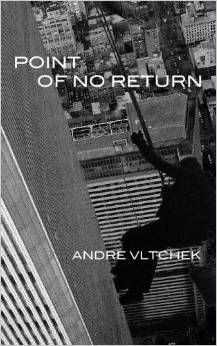 With his work Point of No Return, the journalist, documentary filmmaker and author of numerous books on the repercussions of Western imperialism Andre Vltchek engages in a risk that has become rare these days, namely, to write an explicitly political novel. And what is more, he succeeds in doing so in a very impressive way.

On the canvas of a strongly autobiographical background, Vltchek develops the arresting story of a politically committed war reporter, his alter ego Karel, a man coming from Czechia in Eastern Europe but living in exile in Latin America and frantically traveling the continents “to learn, to see, and to write,” always in the attempt to make the terrors and revolting conditions experienced in the process public and to contribute to over due change thereby.

The free-floating existence of a war correspondence who has no firm roots anywhere, who is here today and there tomorrow and who doesn’t only market the suffering and pain observed in the process, but also regularly exchanges it for the suffering of other victims of course in- vites cynicism, and this cynicism is lurking in the background of even Karel:

There was no particular place on earth where I desired to live. […] I had floated with no anchor, moving from place to place, free from all responsibilities except one – to be a witness to the insanity that was swallowing the world – to be a storyteller, to be where essential things were happening: to be myself. 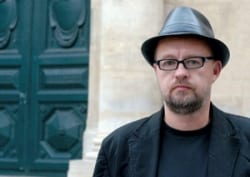 The story plays out in Peru, Egypt, Israel/Palestine, Indonesia, and in cities such as Lima, Paris, New York, and Tokyo, which can be seen a reflection of the restless life of Vltchek himself who, according to himself, has traveled more than 150 of the 200 countries of the earth. But before long, we recognize how, behind the permanent haste, the continuous change of location, there are evident deep convictions of the protagonist, a deep relation to and a deep sympathy for the exploited, oppressed, and gagged majority of the world population with whom his job brings him into permanent contact.

In the process, we are witness to many unforgettable scenes, for example, his encounter with an old Palestinian man and his donkey right at the beginning of the book, where the animal has become the only friend of the im- poverished man and is now the beneficiary of the man’s solidarity, even though it has long lost its economic utili- ty, or conversely, when a mob of Indonesian “Christians”

barbarically slaughters a defenseless boy because he is a “Muslim,” and when the aggressors, as always with religious, ethnocentric, racist, nationalist acts of barbarity, pose as the victims mercilessly driven to the wall and never given a chance: “We had to do it! The others didn’t leave us any other choice!”

In the world confronting Karel, those profiting from the injustice and the oppressors servicing them are of course despicable, but on the other hand, their victims are not necessarily decent and good. But even so, the suffering of those who are condemned to a permanent victim status by our world system of economic coercion is both unbearable and intolerable.

As befits a mature observer of the human condition, Vltchek does not draw flat, antipodal, moral characters nor does he reduce real people to the level of mere pretexts serving brave political analyses. His villains are contemptible, but the victims are not necessarily paragons of virtue.

Characteristically, the editor of Karel‘s magazine, The Weekly Globe, invokes the usual litany that of course he himself loves the work of his journalists, but that “the public simply doesn’t understand the message.” Even Karel’s relationship to Reiko, a woman belonging to the Japanese upper class, is in danger of failing in the face of her literal consternation once she becomes aware of his political commitment: “Are you a terrorist, Karel? Are you a Communist?” she asks him, after he tells her the tragic story of his girlfriend Ana, who had been killed during an assault by the Peruvian “Shining Path.”

Ana’s is not the only death lining Karel’s way; Ana’s and Karel’s mutual friend meets his end by suicide, an Italian countess, who out of boredom travels right into the midst of a civil war, dies a grotesque death as a “martyr of the people,” and some off Karel’s sources, as, for ex- ample, the forcibly married wife of an officer of the Indonesian occupation army terrorizing East Timor, are living in such a great danger that in fact nobody can know whether, at the time when Karel’s reports finally appear, they will still be alive.

But despite all the terror and despite somber analyses about the battle between “market fun- damentalists and religious fundamentalists” being the main contradiction of our time, Vltchek’s novel projects the same desperate hope that once emanated from Man’s Fate by André Malraux or To Whom the Bells Toll by Ernest Hemingway, and it is presumably not by accident that French critic Catherine Merveilleux has compared Vltchek with these very same authors. And as a matter of fact, Vltchek evokes strong memories of them, but not just because of his reawakening of the buried tradition of political fiction, but also because of his immense narrative talent.

There has also been ample praise for Vltchek from someone who, up to now, has rarely figured as a literary critic, namely, Noam Chomsky: “Andre Vltchek tells us about a world that few know, even when they think they do. That is because he tells the truth, vividly, with a keen sense of history, and with a percep- tive eye that sees past surfaces to reality.” Just like authors as Dan Chodorokoff, Ron Jacob, and others, Andre Vltchek is turning another chapter in the history of American literature.

Death of a True Reporter

What is ‘social democracy’? (A comprehensive examination)

The Syria Deception—a position paper by the Swiss...

The French political mess has lessons for everyone...