Home AMERICAN EXCEPTIONALISM What they aren’t telling you behind the Great Western Firewall, about Xi Jinping’s meetings with Obama.

What they aren’t telling you behind the Great Western Firewall, about Xi Jinping’s meetings with Obama.

President Xi Jinping’s official visit to Washington, and all of that one-on-one face time with Barak “I’m good at killing Muslims” O’Drona, can be quickly parsed as follows:

Xi Jinping and Obama will say a lot of things and make a number of promises during their consultations together this week. That includes the liberalization of China’s state owned enterprises (SOEs: see & listen to http://44days.net/?p=2938). The Communist Party of China (CPC) will never relinquish control of many, many key sectors of the economy. Why? Baba Beijing understands that the West is just slobbering to come in to pillage and rape the country, and enslave the people. If that were to happen, the West would turn the People’s Republic of China (PRC) into scores of balkanized, bloody Ukraines, and Xi & Co. know it. They’ve read their history well and their parents all lived it, viscerally, before liberation in 1949.

So far, the defense agreement is probably the most important one signed, the results of which will be more verifiable to all interested parties, and which will hopefully avert an accidental World War III.

The “non-cybersleuthing” of each others’ corporations is dead on arrival (DOA), since almost every Western business in China of a certain size, is and will continue to act as information conveyor belts for the NSA complex. Even if the CEOs make the pledge, the CIA, MI6, DGSE, BND, etc., have so many thousands of non-official covers (NOCs) in the Fortune 500, that they can’t control it. Thus, the Chinese will keep on doing the same and as we can see in the news, in spite of their official denials, their Ministry of State Security (MSS) is very, very good at it. If the West is negligent enough to let it happen, good on ‘em, as they say Down South. Any self-respecting country would do the same thing, in this age of full spectrum spying across the globe.

So far, the defense agreement is probably the most important one signed, the results of which will be more verifiable to all interested parties, and which will hopefully avert an accidental World War III. http://www.chinadaily.com.cn/world/2015xivisitus/2015-09/25/content_21975985.htm Not surprisingly, it was mostly censored, as far as I can see, behind the Great Western Firewall, since it does not fit the “stand tall-be tough-do as we command” paradigm of the imperial, Washington-London-Paris consensus. These days, we can throw in Tokyo, Ottawa and Canberra as well.
… 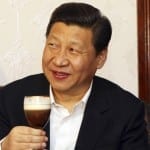 Finally, Xi announced that China will invest $3 billion in developing countries, to reduce their emissions of carbon, leaving America holding the environmental desecration-bag, in hand. Obama was sitting in the audience, just two meters from Xi, when he made the announcement. Priceless. The United States of Fortune 500 cannot really seriously do anything to reduce its corporatocracy’s bottom line. So, in all likelihood, in the years to come, Baba Beijing will be going it alone, in trying the save humanity from ecosystem implosion. With almost 20% of the world’s people, China’s concern for the human race is existential. http://www.scmp.com/news/china/policies-politics/article/1861587/chinas-us3-billion-pledge-help-countries-tackle-climate

In sum, President Xi Jinping came to and left Washington, looking and acting more like the world’s dependable, trustworthy head of state, rather than Big Biz-Deep State ventriloquist dummy Barak Obama ever could. This is all just emblematic of how much Planet Earth’s geopolitics have changed in the last generation, and how much they are continuing to flow in the favor of the Anti-West, headed by the empire killing, dynamic duo of China and Russia.


ABOUT THE AUTHOR
Jeff J. Brown is the author of “44 Days Backpacking in China: The Middle Kingdom in the 21st Century, with the United States, Europe and the Fate of the World in Its Looking Glass” (2013), “Reflections in Sinoland – Musings and Anecdotes from the Belly of the New Century Beast” (2015), and “Doctor WriteRead’s Treasure Trove to Great English” (2015). He is currently writing an historical fiction, “Red Letters – The Diaries of Xi Jinping”, due out in 2016. He is a member of The Anthill, a collective of authors who write about China. Apart from his columns to The Greanville Post, he also submits articles on Oped News and Firedog Lake. His articles have been published by Paul Craig Roberts, The Saker, Ron Unz, Alternative News Network, Russophile, 15 Minute News, The Daily Coin, Hidden Harmonies and many other websites. He has been a guest on Press TV. 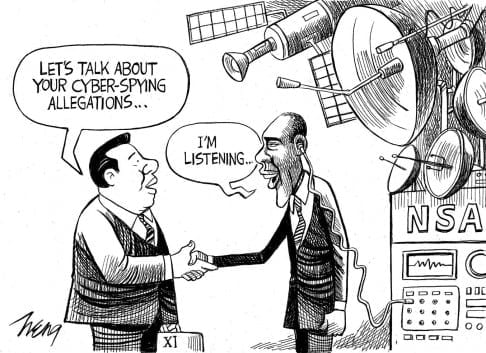 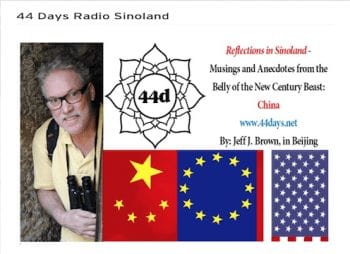 Want a fun, low cost honorary degree in Chinese Studies? Jeff’s book, 44 Days, will have you laughing while learning and becoming an expert on all things Middle Kingdom. If you live in China, buy it on the 44 Days website, clicking on either Print Book, Ebook or Color Ebook.

The only rational policy for dealing with the Empire of Chaos …

“Don’t trust and be sure to verify.”