Two of our editors — Al Osorio and Brad Holhut—have rounded up the following guide (this is a work in progress): 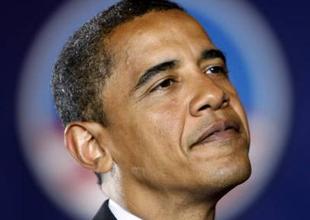 Al Osorio
Al Osorio 26 July 00:32
*You thrilled to Cindy Sheehan’s vigil outside the Crawford ranch, but now regard her as nut – Obama ended the Iraq war and Libya’s a humanitarian intervention done the right way!

*You had ‘fat cat bankers’ t-shirts made up for your friends.

*You aren’t sure what 11 dimensional chess means, but whatever it means-if anyone can do it, Obama can!

You know you’re an Obamabot when…

* Vague concepts of “hope” and “change” take precedence over critical thinking and concrete facts in shaping your stance on important issues.

* You didn’t notice Obama making a record-breaking arms deal to human rights-abusing Middle Eastern dictators and autocrats because you were too busy obsessing over Bristol Palin competing on “Dancing With the Stars”.

* You tirelessly worked to mobilize masses of people to vote against the terrible injustice of Bristol Palin competing on “Dancing With the Stars”, and spent countless hours trolling every Palin-related page on Facebook with personal insults about teenage Bristol’s weight and Palin’s parenting and to scream your outrage over a television dance contest being ‘fixed’, but can’t be arsed to make a 1-minute phone call or email to demand that Obama stop his administration’s blatant and continuing violations of the Constitutional and human rights of American citizens.

* You cheered the Obama-approved revolution in Egypt, but find it difficult to muster any interest in the people now being brutalized and killed by US-allied regimes in places he tries to avoid mentioning, like Bahrain.

* When presented with undeniable facts that tarnish the golden calf, you begin to squawk the magic smoke bomb words (“Racist!”, “Hater!”, “Whiner!”, “Traitor!”, etc.) to try to create a distraction while you make your escape from the intolerable truth.

* If you left off the names, it would be difficult to distinguish between your fawning personal adulation of the president and a pre-teen’s mooning over Justin Bieber.

* You were outraged over Bush’s illegal abuses of executive powers, but don’t bat an eyelash as Obama makes the exact same illegal moves.

* You championed Bradley Manning, but fell strangely silent about him when it was pointed out that his inhumane treatment is at the hands of the Obama administration with the president’s knowledge and consent.

* You post a parade of gushing opinion pieces from panty-wetting Obama groupies as “proof” of just how gosh-darned wonderful he is, while steadfastly refusing to read actual news conveying pesky facts that put the lie to just about everything he’s spouted.

* Despite his pledge that the US will be “a major customer” in Brazil’s new oil ventures, the illegal launch of Operation Oil Grab in Libyanamistan, the announcement of a massive coal mining expansion, the issuance of new deep water drilling permits even as the Gulf of Mexico continues to vomit up dead animals on its shores, continuing support for nuclear energy despite the horrific catastrophe in Japan, and the granting of sweeping exemptions from inspection and regulation for some of the nation’s worst polluters, including BP, you somehow still manage to believe that Obama is a proponent of clean energy.

* You burble about the president’s steadfast commitment to the welfare of the common people, and you’re sure that his loading his administration with numerous reciprocal back-scratchers from Monsanto, Dupont, and Goldman-Sachs will help achieve financial and environmental goals that will benefit us all. Actually, you’re not all that sure, because you really have no idea who he has appointed or the terrible impact these appointments have, nor do you care. Like a rock groupie, you don’t want to know about the guy booking the venues or the suits in the back room wrangling over record deals. Just bring on the star act, dammit!

* You confuse feel-good cries of “Yes We Can!” with actual concrete action.

(Thanks to Trixie Trix)

Welcome to the Violent World of Mr. Hopey Changey

Tesha Miller Your biggest contribution to debate deals with the lesser of evils argument.

Mona Shaw You answer every criticism of Obama with “Would you rather have Sarah Palin?”