Obamacare adviser: Administration exploited “the stupidity of the American voter” 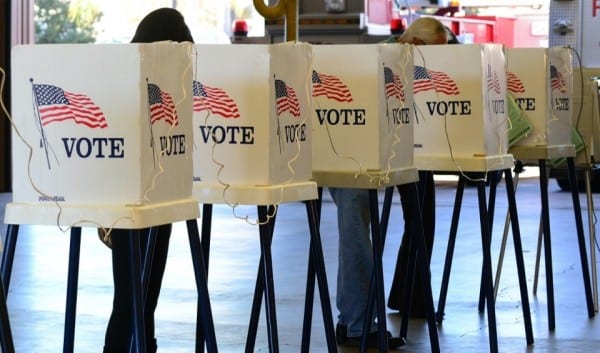 Elections have little meaning in the US system, allowing almost complete freedom to the plutocratic shills in Congress and the White House to do as they please. The passing of retrograde legislation is therefore the norm, not the exception.

US President Barack Obama and his signature health care legislation have come under fire in recent days over the comments of Massachusetts Institute of Technology Professor Jonathan Gruber, a key adviser to the president on the Affordable Care Act (ACA), better known as Obamacare.

At issue are several videos that have been widely viewed on the Internet showing Gruber discussing the ACA and speaking of the “stupidity” of the American public. What is noticeably absent from the media commentary on these video clips, however, is what they expose about the real character of the health care law.

The first video to surface is from a November 2013 health care panel at the University of Pennsylvania at which Gruber states: “If you had a law that… makes explicit that healthy people are going to pay in and sick people get money, it would not have passed… Lack of transparency is a huge political advantage. And, basically, call it the stupidity of the American voter, or whatever, but basically that was really critical to getting the thing to pass.”

If we can be allowed to translate, Gruber is basically saying: “Under the ACA, people are required by law to purchase health care coverage from insurance companies. In order for these private insurers to make a profit, a sufficient number of healthy people need to sign up for coverage to make it profitable for the insurers. In order to get the bill passed, we needed to obscure this reality from the public.”

The author gives the American population a pass, in keeping with socialist etiquette of “never dissing the working class,” but we regret to say there is plenty of political stupidity going around, and while the system has done a tremendous job of indoctrinating the masses and controlling the national narrative, a share of this social imbecility is self-inflicted, product of intellectual laziness and other traits for which each individual should be held responsible.—PG

As for the “stupidity of the American voter” comment, it should be pointed out that Obamacare was not subject to a popular vote. Any confusion in the general population over its provisions was due to a carefully orchestrated propaganda campaign by the Obama administration and sections of what passes for the “liberal” media, such as the New York Times, to paint the legislation as a groundbreaking reform that would provide near-universal, quality and affordable medical care for millions of Americans and improve the present dismal state of the US health care system.

The president has attempted to distance himself from Gruber’s comments because he is well aware that they reveal inconvenient truths about the ACA. Referring to Gruber at a press conference in Brisbane, Australia on Sunday, Obama said, “The fact that an adviser who was never on our staff expressed an opinion that I completely disagree with in terms of the voters is not a reflection on the actual process that was run.”

Gruber (left) may never have been technically on Obama’s staff, but the MIT professor of economics was hired by the White House in 2009 and paid close to $400,000 as a technical consultant on health care policy. He was sought out for his “proprietary statistically sophisticated micro-simulation model,” which could “ascertain the distribution of changes in health care spending and public and private health care costs,” according the Department of Health and Human Services.

Gruber was a key architect of the Massachusetts health care reform bill under then-Governor Mitt Romney, a Republican, which served as a modelfor the ACA. In fact, Gruber was referred to as “Mr. Mandate” in a March 2012 article in the Times for championing the individual mandate—the legal requirement that people purchase private health insurance, backed by financial penalties for failing to do so. This boon to the insurance industry is a pillar of Obamacare.

It was Gruber’s research that convinced the Obama administration that the health care overhaul would not be viable without forcing people to purchase insurance under threat of a tax penalty. This mandate is now in force and individuals who do not obtain insurance will be fined $325 or 2 percent of their income, whichever is more, in 2015.

Suffice it to say that Dr. Gruber and his policies are not unknown to the president, but were instrumental in crafting Obama’s health care bill.

Other videos stirring up controversy feature Gruber’s comments on the tax on so-called “Cadillac” heath care policies included as part of the ACA. Set to take effect in 2018, a 40 percent excise tax will be levied on health care plans exceeding $27,000 annually for family coverage and $10,200 for individuals. The aim is to attack the health care plans held by 20 percent of workers with employer-provided health care that are considered too “lavish,” i.e., those that provide decent coverage.

In remarks at Harvard Medical School in 2011, Gruber explained that the only way to get rid of “an inefficient and expensive tax subsidy provided for employer-provided health insurance” was by “calling it a tax on insurance plans rather than a tax on people, when we all know it’s a tax on people who hold those insurance plans.”

Speaking at Washington University in St. Louis in October 2013, Gruber said companies would rarely pay the tax, but would instead cut back on employee benefits. He said the Cadillac tax was pushed through “because the American people are too stupid to understand the difference” between capping subsidies and taxing insurance firms.

Gruber is one of a number of Obama advisers who have helped design the pro-corporate overhaul of the health care system. Central to Obamacare are the individual mandate and a shift away from employer-sponsored health care coverage.

Ezekiel Emanuel, who served from 2009 to 2011 as a special adviser on health care “reform” to the White House, writes in his book Reinventing American Health Care, “By 2025, few private-sector employers will still be providing health insurance,” predicting this system will be replaced by defined contributions to employees to purchase coverage on private exchanges—basically vouchers—or the elimination of coverage altogether.

Gruber’s past comments on the individual mandate and the Cadillac tax are but one more exposure of the reactionary character of Obamacare. The ACA has nothing in common with a progressive reform, but is aimed at slashing costs for big business and the government while rationing health care for the vast majority of working people.

Gruber’s remarks about the “stupidity” of the American people demonstrate the hostility of this circle of “health care experts” toward the working class. Obama’s claim that he “completely disagrees with” Gruber’s opinions should be rejected with the contempt it deserves.

ABOUT THE AUTHOR
Kate Randall is a senior political analysts with wsws.org.

The Economist’s War against France: Why the French economy remains superior to Britain’s