Memorial Day Is A Hoax

“Our soldiers died for secret agendas of which they knew nothing…” 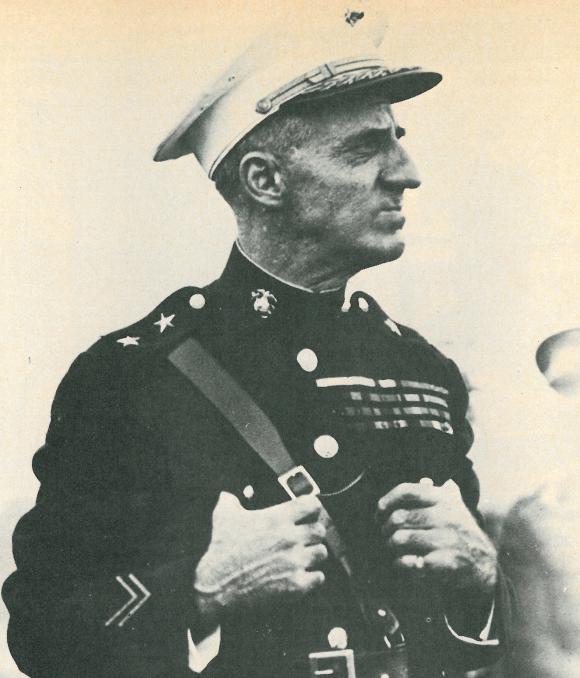 Smedley Butler: the kind of soldier this country desperately needs but no longer has.

Memorial Day commemorates soldiers killed in war. We are told that the war dead died for us and our freedom. US Marine General Smedley Butler challenged this view. He said that our soldiers died for the profits of the bankers, Wall Street, Standard Oil, and the United Fruit Company. Here is an excerpt from a speech that he gave in 1933:

War is just a racket. A racket is best described, I believe, as something that is not what it seems to the majority of people. Only a small inside group knows what it is about. It is conducted for the benefit of the very few at the expense of the masses.

I believe in adequate defense at the coastline and nothing else. If a nation comes over here to fight, then we’ll fight. The trouble with America is that when the dollar only earns 6 percent over here, then it gets restless and goes overseas to get 100 percent. Then the flag follows the dollar and the soldiers follow the flag.

I wouldn’t go to war again as I have done to protect some lousy investment of the bankers. There are only two things we should fight for. One is the defense of our homes and the other is the Bill of Rights. War for any other reason is simply a racket.

There isn’t a trick in the racketeering bag that the military gang is blind to. It has its “finger men” to point out enemies, its “muscle men” to destroy enemies, its “brain men” to plan war preparations, and a “Big Boss” Super-Nationalistic-Capitalism.

It may seem odd for me, a military man to adopt such a comparison. Truthfulness compels me to. I spent thirty-three years and four months in active military service as a member of this country’s most agile military force, the Marine Corps. I served in all commissioned ranks from Second Lieutenant to Major-General. And during that period, I spent most of my time being a high class muscle- man for Big Business, for Wall Street and for the Bankers. In short, I was a racketeer, a gangster for capitalism.

I suspected I was just part of a racket at the time. Now I am sure of it. Like all the members of the military profession, I never had a thought of my own until I left the service. My mental faculties remained in suspended animation while I obeyed the orders of higher-ups. This is typical with everyone in the military service.

I helped make Mexico, especially Tampico, safe for American oil interests in 1914. I helped make Haiti and Cuba a decent place for the National City Bank boys to collect revenues in. I helped in the raping of half a dozen Central American republics for the benefits of Wall Street. The record of racketeering is long. I helped purify Nicaragua for the international banking house of Brown Brothers in 1909-1912 (where have I heard that name before?). I brought light to the Dominican Republic for American sugar interests in 1916. In China I helped to see to it that Standard Oil went its way unmolested.

During those years, I had, as the boys in the back room would say, a swell racket. Looking back on it, I feel that I could have given Al Capone a few hints. The best he could do was to operate his racket in three districts. I operated on three continents.

Most American soldiers died fighting foes who posed no threat to the United States. Our soldiers died for secret agendas of which they knew nothing. Capitalists hid their self-interests behind the flag, and our boys died for the One Percent’s bottom line.

Jade Helm, an exercise that pits the US military against the US public, is scheduled to run July 15 through September 15. What is the secret agenda behind Jade Helm?

Neoliberal Globalization is now looting its own constituent parts and the planet itself. Americans, Greeks, Irish, British, Italians, Ukrainians, Iraqis, Libyans, Argentinians, the Spanish and Portuguese are being looted of their savings, pensions, social services, and job opportunities, and the planet is being turned into a wasteland by capitalists sucking the last penny out of the environment. As Claudia von Werlhof writes, predatory capitalism is consuming the globe.

We need a memorial day to commemorate the victims of neoliberal globalization. All of us are its victims, and in the end the capitalists also.

GREENWALD ON WORKING WITHIN THE DEMOCRATIC PARTY