Russia is again feeling under siege: the spirit of resistance reawakens.

Homage to Soviet artillery and the anti-Nazi resistance forces in the Great Patriotic War. 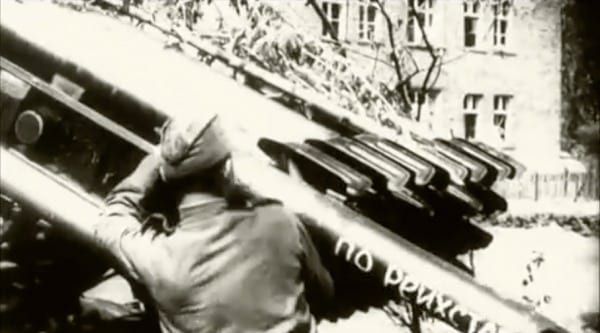 It was the bravery and sacrifice of the Russian people that broke the back of the German fascists in World War II. Few Americans realize—thanks in large measure to the abject media, politicians, unrelenting malicious propaganda, and sellout historians that control the official narrative in the USA—that the Soviet Union lost in population the equivalent at the time of New York, California and Texas, about 26 million people, and the destruction of more than 70,000 towns. That’s about 9,000 times the casualties the US suffered on 9/11. If we haven’t stopped talking about this single event and made it into a national obsession, exploited and probably engineered by the ruling circles which abetted it, all the more reasonable that the Russian people should remember the colossal struggle that almost finished them as an independent nation.

Could Russia still become an ally of the West?

Although the Soviet resistance, sacrifice and courage are rightfully credited, their allies did provide massive amount of supplies in addition to their own industrial-sized war effort and production to help crush the Nazi beast from Stalingrad, Moscow, Kursk and all the way to its unholy Berlin lair.