Home ABOMINATIONS Tell Me More About How Google Isn’t Part Of The Government And Can Therefore Censor Whoever It Wants?

The US  is now the apotheosis of the corporatisation of the state. As Marx and other thinkers observed, the state is the executive committee of the ruling class. Which also fits Mussolini's definition of fascism. The fact America has a stealthy form of fascism, one fronted by democratic institutions, does not alter its plutocratic substance. 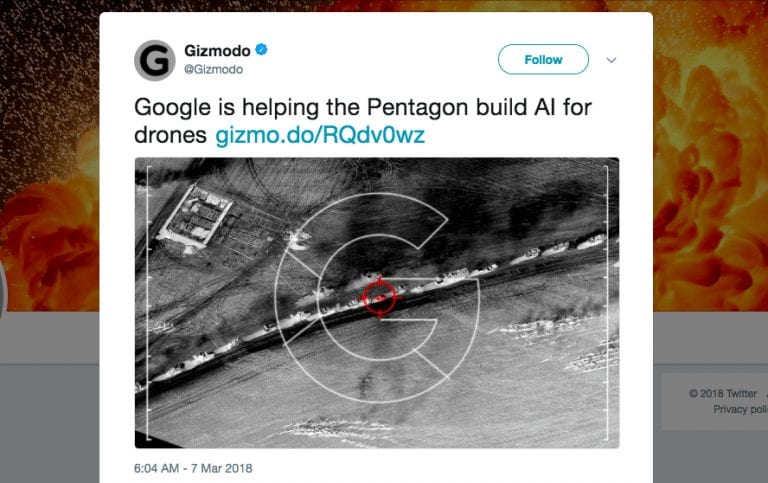 When you tell an establishment Democrat that Google’s hiding and removal of content is a dangerous form of censorship, they often magically transform into Ayn Rand right before your eyes.

This is absurd on its surface, because Google is not separate from the government in any meaningful way. It has been financially intertwined with US intelligence agencies since its very inception when it received research grants from the CIA and NSA for mass surveillance, pours massive amounts of money into federal lobbying and DC think tanks, has a cozy relationship with the NSA and multiple defense contracts.

When you tell an establishment Democrat that Google’s hiding and removal of content is a dangerous form of censorship, they often magically transform into Ayn Rand right before your eyes. “It’s a private company and they can do what they like with their property,” they will tell you. “It’s insane to say that a private company regulating its own affairs is the same as government censorship!”

“Some of Google’s partnerships with the intelligence community are so close and cooperative, and have been going on for so long, that it’s not easy to discern where Google Inc ends and government spook operations begin,” wrote journalist Yasha Levine in a 2014 Pando Daily article titled “Oakland emails give another glimpse into the Google-Military-Surveillance Complex“.

“The purchase of Keyhole was a major milestone for Google, marking the moment the company stopped being a purely consumer-facing Internet company and began integrating with the US government,” Levine wrote in a recent blog post about his book Surveillance Valley. “While Google’s public relations team did its best to keep the company wrapped in a false aura of geeky altruism, company executives pursued an aggressive strategy to become the Lockheed Martin of the Internet Age.”

And now we learn from Gizmodo that Google has also been helping with AI for the Pentagon’s drone program.

A Google spokesperson reportedly told Gizmodo that the innovations it is bringing to the Defense Department’s Project Maven are “for non-offensive uses only,” which is kind of like saying the beer kegs you delivered to the frat house are for “non-intoxicating use only.” The DoD and its drone program exist to find and kill enemies of the US empire, and Google will be helping them do it.

“The department announced last year that the AI initiative, just over six months after being announced, was used by intelligence analysts for drone strikes against ISIS in an undisclosed location in the Middle East,” reports The Intercept on this story.

Google is not any more separable from the US government than Lockheed Martin or Raytheon are, yet it has been given an unprecedented degree of authority over human speech and the way people communicate and share information. Would you feel comfortable allowing Northrop Grumman or Boeing to determine what political speech is permissible and giving them the authority to remove political Youtube content and hide leftist and anti-establishment outlets from visibility like Google does?

How is this a thing? How is it considered acceptable for a force which has intimately interwoven itself with government power to censor and manipulate political speech in ways the official government would never be allowed to?

[dropcap]T[/dropcap]he notion that Google is a private company, separate from the government and thus unburdened by obligations of free speech, is not a legitimate one. You don’t get to create a power system where money translates directly into political influence and privatization creates symbiotic relationships between corporations and government agencies, create a beefed up Silicon Valley giant with research grants and contracts to prevent any competition from ever having a chance against it, involve that Silicon Valley giant in the agendas of the US war machine after you’ve helped it dominate the globe, and then legitimately claim it’s just a poor widdle private business that shouldn’t be subject to the legal limitations placed on the US government.

If you believe the government shouldn’t be able to regulate speech, then there’s no legitimate reason to believe that Google should be, because Google is part of the government. You shouldn’t want there to be a loophole where government power can get around constitutional restrictions on its ability to silence dissent by funneling all speech into institutions it created and collaborates with and then quash anti-establishment voices under the pretense of protecting the public from “fake news” and “Russian propaganda”.

There needs to be some sort of measure in place which protects the public from such manipulations. Either remove corporate power from government power or acknowledge that they are fully meshed and expand constitutional protections to the users of any media giant which has enmeshed itself in government power. Pretending corporate power and government power are separate when they are not while exploiting that inseparable symbiosis to silence political dissent is not acceptable.

the word “government”:
The word “govern” means “control”. Powerful forces govern, regardless if they are the product of a democratic process, or capitalist process.
Somehow, some have gotten the idea that, as long as the powerful forces are not democratically elected, then they should be allowed to govern without constraint.