HELP ENLIGHTEN YOUR FELLOWS. BE SURE TO PASS THIS ON. SURVIVAL DEPENDS ON IT.
[su_testimonial]The inestimable Yasha Levine has mde great contributions to the preservation of (what remains) of our inter-citizen free communications. His investigative research shows that the establishment's tentacles reach literally everywhere, including into precincts like the Tor project, once thought safe from inquisitorial eyes. The battle for free speecha and real democracy has never been so critical. [/su_testimonial] 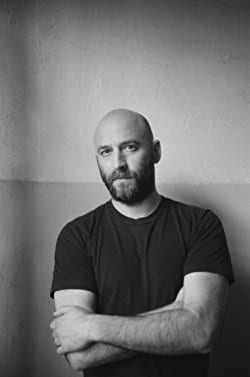 This is a repost placed here on account of the gravity of the current attacks on free speech by industry and govenrment. Naturally, testifying to their coruption, ignorance and/or innate imbecility, not a single politico of either major party running in these midterm elections even mentions this extremely important issue.

[dropcap]T[/dropcap]he Tor Project, a private non-profit that underpins the dark web and enjoys cult status among privacy activists, is almost 100% funded by the US government.

In the process of writing my book Surveillance Valley, I was able to obtain via FOIA roughly 2,500 pages of correspondence — including strategy sessions and contracts and budgets and status updates — between the Tor Project and its main funder, a CIA spinoff now known as the Broadcasting Board of Governors (BBG), an agency that oversees America’s foreign broadcasting operations like Radio Free Asia and Radio Free Europe. 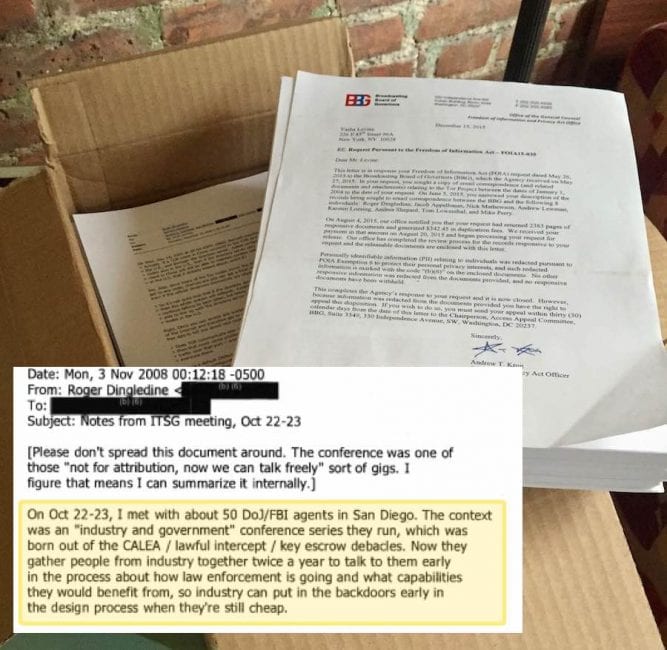 I obtained the documents in 2015. By then I had already spent a couple of years doing extensive reporting on Tor’s deeply conflicted ties to the regime change wing of the U.S. government. By following the money, I discovered that Tor was not grassroots. I was able to show that despite its radical anti-government cred, Tor was almost 100% funded by three U.S. national security agencies: the Navy, the State Department and the BBG. Tor was military contractor with its own government contractor number — a privatized extension of the very same government that it claimed to be fighting.

This was a shocking revelation.

For years, the Tor Project — along with other government-funded crypto tools like Signal — has been seen in almost religious terms by the privacy community as the only way to protect people from government spying online.

The Electronic Frontier Foundation held up Tor as the digital equivalent of the First Amendment. The ACLU backed it. Fight for the Future, the hip Silicon Valley activist group, declared Tor to be “NSA-proof.” Edward Snowden held it up as an example of the kind of grassroots privacy technology that could defeat government surveillance online, and told his followers to use it. Prominent award-winning journalists from Wired, Vice, The Intercept, The Guardian and Rolling Stone — including Laura Poitras, Glenn Greenwald and Andy Greenberg — all helped pump up Tor’s mythical anti-state rebel status. Even Daniel Ellsberg, the legendary whistleblower, was convinced that Tor was vital to the future of democracy. Anyone who questioned this narrative and pointed to Tor’s lavish government support was attacked, ridiculed, smeared and hounded into silence. I know because that’s what Tor supporters tried to do to me.

But the facts wouldn’t go away.

The initial evidence that I had gathered in my reporting left little room for doubt about Tor’s true nature as foreign policy weapon of the U.S. government. But the box of FOIA documents I received from the BBG took that evidence to a whole new level.

Why would the U.S. government fund a tool that limited its own power? The answer, as I discovered, was that Tor didn’t threaten American power. It enhanced it.

The FOIA documents showed collaboration between the federal government, the Tor Project and key members of the privacy and Internet Freedom movement on a level that was hard to believe:

The documents showed Tor employees taking orders from their handlers in the federal government, including hatching plans to deploy their anonymity tool in countries that the U.S. was working to destabilize: China, Iran, Vietnam, Russia. They showed discussions about the need to influence news coverage and to control bad press. They featured monthly updates that described meetings and trainings with the CIA, NSA, FBI, DOJ and State Department. They also revealed plans to funnel government funds to run “independent” Tor nodes. Most shockingly, the FOIA documents put under question Tor’s pledge that it would never put in any backdoors into their software. (See below.)

The documents conclusively showed that Tor is not independent at all. The organization did not have free reign to do whatever it wanted, but was kept on a short leash and bound by contracts with strict contractual obligations. It was also required to file detailed monthly status reports, giving the government a clear picture of what Tor employees were developing, where they went and who they saw.

I used many of these documents in my book, Surveillance Valley, to tell the story of how privacy technology evolved into a tool of military and corporate power. But now I’m going further: I’m releasing the full cache of FOIA files on Tor and the BBG to the public. I hope that journalists and historians will make use of this information to explore the close relationship between privacy technology, government power and Silicon Valley economic dominance.

In honor of this release, I’m putting together a little fact-checking primer on Tor’s government ties that’s based on these documents. I’ll be releasing a “fact-check” every few days, starting with the first:

CLAIM #1: Tor does not provide backdoors to the U.S. government
RATING: Moderately true. 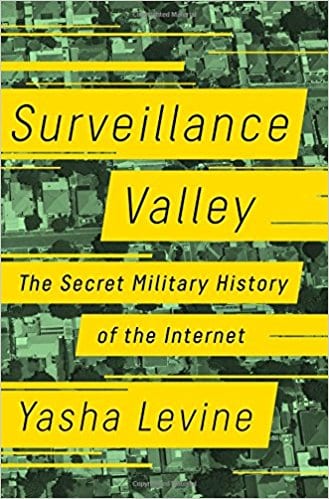 "This polemical history argues that the U.S. military's role in the development of the Internet indelibly shaped the system into a powerful tool of government surveillance. ... amid increasing dismay about technology's influence on contemporary life, such forceful questioning is salutary."―New Yorker

ABOUT THE AUTHOR
Yasha Levine is an investigative journalist and author. Born in Leningrad, he grew up in San Francisco and now lives in New York. He has reported from all over the world. See more of his work at yashalevine.com

Only Republicans Don’t Want a Third Major Political Party in US, Finds Gallup

What is to be done about the plutocrats?