Home US EXCEPTIONALISM The Bolivarian Militia: Meet the Venezuelans on a war footing

The Bolivarian Militia: Meet the Venezuelans on a war footing

A VIDEO COLLAGE BY PATRICE GREANVILLE 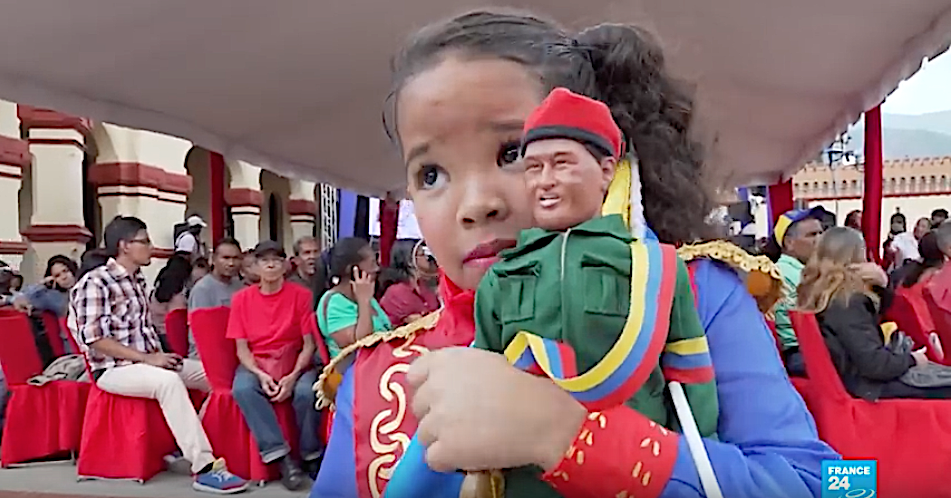 This is a set of excellent videos describing the Venezuelan people organising themselves in militias to defend their sovereignty and the Bolivarian revolution. Note the striking lucidity and generosity of the ordinary, often very humble, people interviewed in terms of their  grasp of national and international politics. How many regular Americans—even Europeans—could come close to that level of political maturity?

The footage of these videos also shows that the affluent neighborhoods, where the "opposition" lives and almost uniformly denounce the Maduro government in the most insulting and mendacious terms, routinely take the camera crew and correspondent interviewing them as "friendly" and favoring virulently anti-Maduro side, the imperialist side. It's clear they operate on completely bogus assumptions about reality dictated by the class privilege they wish to preserve at all costs, their deeply ingrained anti-communist prejudices, and the arrogant ignorance of the bourgeois mind, not to mention the racism that still pervades Venezuela. In passing, their trust in and cheerfulness in front of the cameras and crew (which they take of course to be from Europe or the US) says volumes about what the regular capitalist media do in Venezuela. And it's hardly the first time. The American media, and to a large extent the capitalist press of Europe and other nations, have always denigrated revolutionary processes.  The billionaires' viewpoint—their bosses viewpoint—informs the way they see (and misreport) the world.  After all, between a choice of career and truth, careers always come first.

Take the time to watch these videos, and you'll get a much clearer picture of the Venezuelan crisis and the parties involved This is a fascinating document.—PG

The Bolivarian Militia: Meet the Venezuelans on a war footing
by

FRANCE 24 English • Published on Apr 4, 2019
This French (establshment) channel is scarcely a pro-Maduro source, they have lied grotesquely in the past, yet on this video they show a great deal of truth in their footage, something almost impossible to imagine on a comparable US or British channel.  Let the images and subtitles speak for themselves. (Hope you notice the future militia train with impressive plastic and wooden replicas of the real guns likely to be used in actual combat.)

[dropcap]2[/dropcap]
And here's the superb short documentaries made by the redfish collective. 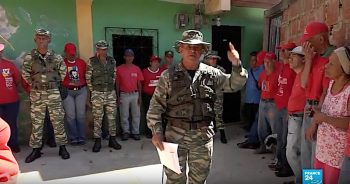 While Trump is threatening Venezuela with military intervention, Venezuelans are not waiting to organise themselves to be ready to confront any threats that they may face, both from inside and outside the country. 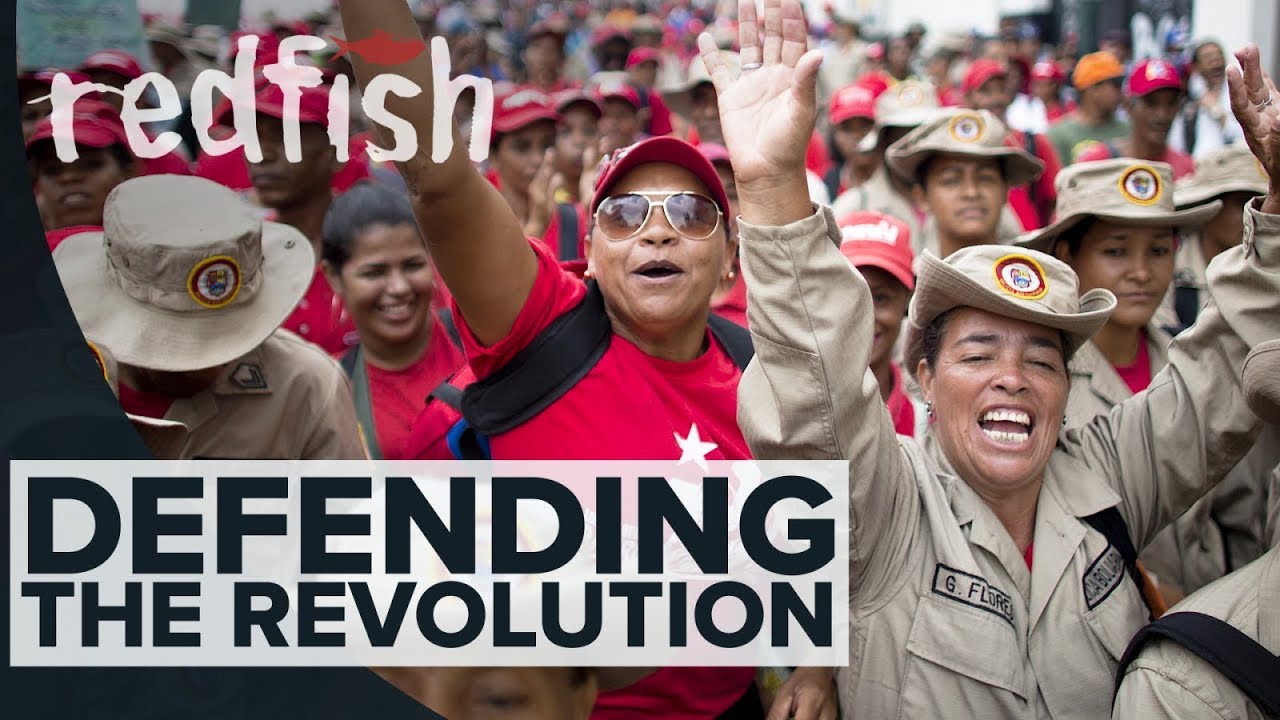 The mainstream media has been obsessed with Venezuela for weeks, and not in a good way. Its infatuation with the "humanitarian crisis" and opposition has left Venezuelans who defend their country's sovereignty and elected government being ignored. redfish was on the ground to see the other Venezuela. 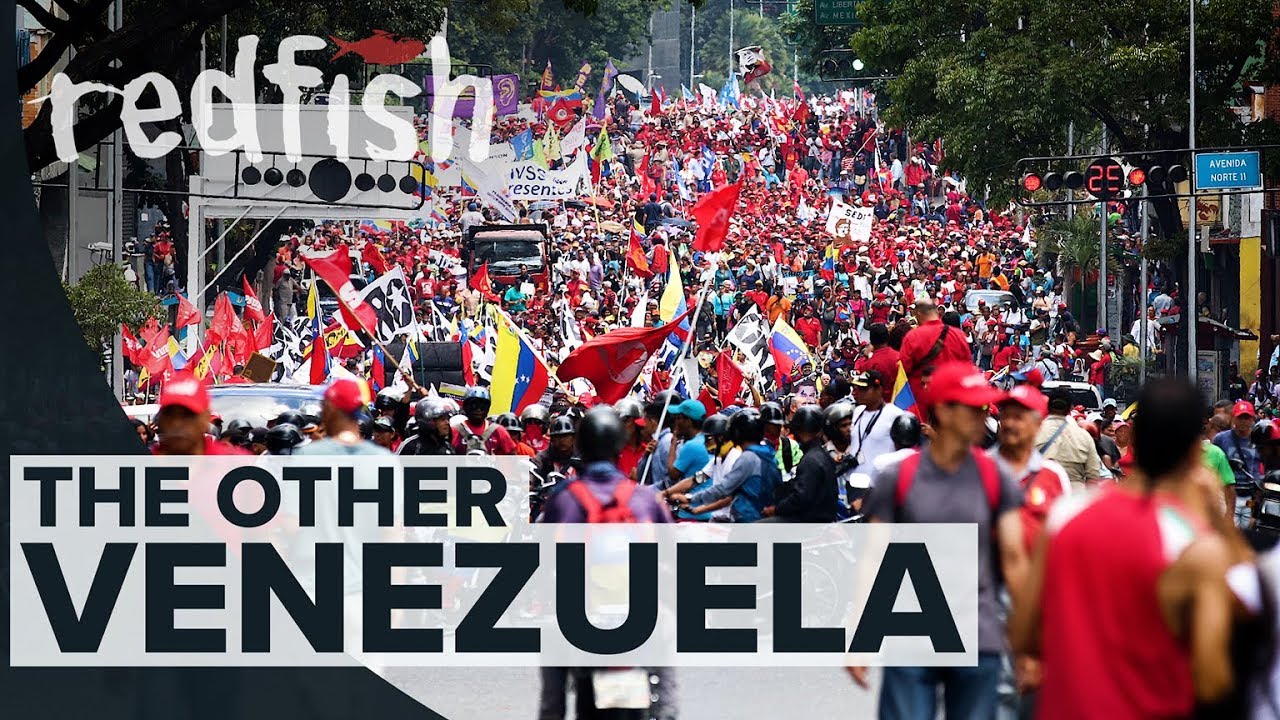 THE UGLY HISTORY: THE US HAS BEEN TRYING TO OVERTHROW CHAVISMO SINCE IT AROSE IN 1999. Trump is just imperialism on steroids.

Legendary independent investigative journalist Greg Palast examines some of the sordid details of the coup that unseated Pres Chavez in 2002, and lasted only 48 hours. The CIA-engineered plot was overturned by the very Venezuelan army, at the prompting of the people.

Daniel Ellsberg On Assange Arrest: The Beginning of the End For Press Freedom