Claims and accusations surround the Saudi oil facility attack, but the evidence is lacking 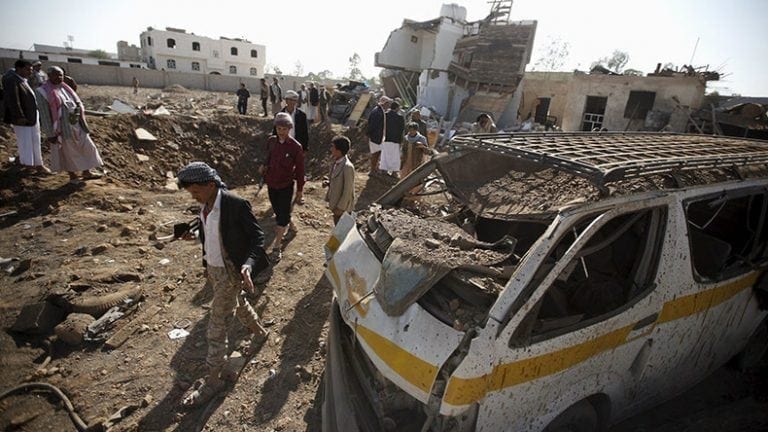 The Saudi coalition, supported by the US, the UK and other NATO powers, has been bombing Yemen for years with impunity, using advanced aircraft and all sorts of criminal munitions, often targeting the country's health infrastructure, which has precipitated a major crisis. Now they are finally getting some of their own medicine and they are screaming "foul". Rather typical for bullies everywhere.

Two oil refineries belonging to Saudi Aramco, Abqaiq, and Khurais, were attacked by drones and missiles on September 14, with damage so severe that the country’s crude output was essentially cut in half.

Dozens of drones and missiles flew low to the ground on their way to cutting into the heart of the Saudi oil industry.   The Houthi rebels in Yemen have claimed responsibility for the attacks and have presented their evidence in a televised press briefing; however, Saudi and US officials have claimed Iran is responsible.  Saudi Arabia and the US are partners in the war on Yemen, one of the poorest countries on earth.

Why didn’t the air defenses work?

“You know, we don’t have an unblinking eye over the entire Middle East at all times,” Marine Gen. Joe Dunford, chairman of the Joint Chiefs of Staff, told reporters near London.

The US deployed a Patriot missile system to Prince Sultan Air Base, but that system wasn’t within a range to defend the 2 oil facilities attacked, and the absence of air-defense coverage left Saudi’s eastern flank largely undefended.  The glaring blind spot left Saudi Arabia exposed despite spending billions of dollars on US Patriot and Terminal High Altitude Area Defense (THAAD) systems.

The 88 Patriot systems deployed in Saudi Arabia failed to repel the attack, a high-ranking source in the Russian Defense Ministry said. “The secretary of state’s claims that air defense systems around the world demonstrate controversial results in repelling attacks sometimes can only be taken seriously if we are speaking about a single Patriot system, covering one object. But the US had deployed a powerful air defense grid in Saudi Arabia, especially in the north, with a solid radar field”, the source said. The source indicated that if such an air defense grid failed to stop the attack it means that the Aegis and Patriots may be ineffective in countering small aircraft and guided missiles.

The war in Yemen 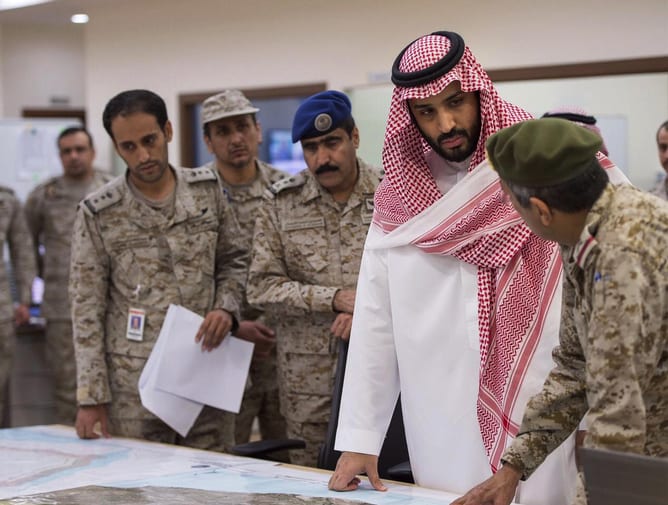 The Yemeni Civil War is an ongoing conflict that began in 2015, in which almost 100,000 people have died, with the UN warning that 13 million Yemeni civilians face starvation in what it says could become “the worst famine in the world in 100 years.” In August 2018, a Saudi airstrike targeted a school bus, killing and injuring dozens of very young children.  [Limply, hypocritically and belatedly] the United States Senate passed a resolution to end US support of Saudi Arabia in March 2019; however, Pres. Trump vetoed it.

Bruce Riedel, a former senior CIA officer and a longtime expert on Saudi Arabia, said Iran is helping the Houthis, but that this overshadows the larger problem of the Saudis’ support of the war in Yemen.  “Five years of coddling a reckless thug by two administrations has produced the worst humanitarian disaster in our time in Yemen and now a threat to the world’s energy security,” Riedel said. “It’s time for America to say [Mohammed] must go.”

Do Houthis own effective missiles?

Since 2014 Saudi Arabian authorities have reported over one hundred Houthi missile interceptions. The Houthis are known to own the Scud-B and -C missiles, the North Korean Hwasong variants, the Tochka missile, the Qaher-1 missile, the Zelzal-3 ballistic missile, and the C-802 anti-ship cruise missile. The Houthis have proved themselves to be a formidable force through their possession of powerful missile systems, and have domestically developed technology furthering their arsenal.  The Houthi rebels have rapidly gained momentum, averaging an attack or a missile strike nearly every week in 2018. Houthis began targeting Riyadh in March of 2018, proof of their growing missile system capabilities, and by July 2019 had successfully targeted a Saudi military command center in the province of Najran.

The Houthis—widely regarded by Western "experts" as incapable of any sophisticated tactics—are proving everybody wrong, and showing the immense power of intelligent asymmetric warfare. In itself this is a new threat to the colossal Western arms industry, as the Houthis and their missiles are showing that much of the ultra-expensive weaponry sold by the advanced powers is useless against relatively cheap armaments deployed against vulnerable targets.  Note that the video below dates back to 2017.

Below: Houthis proudly display their new-fangled missile arsenal of drones and missiles. 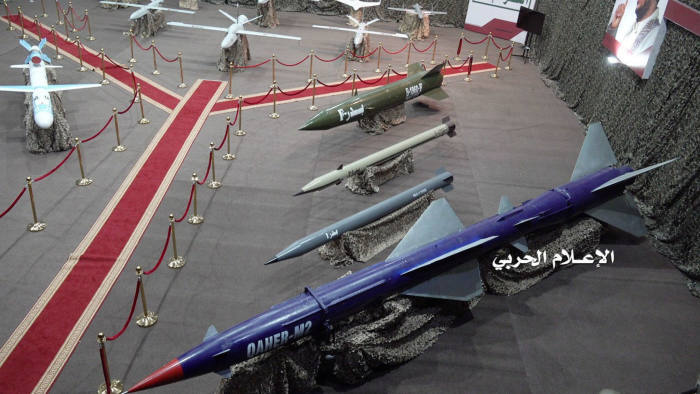 Where is the evidence?

So far, the U.S. has not released any evidence it collected of the attack itself but has relied on several satellite images from commercial sources which shows the aftermath.  The Saudis also have not produced any satellite images of the tracking of the weapons used or their flight path; however, they have shown debris collected at the site and given a presentation in English describing the debris and their suppositions.

“We’re ready to help Saudi Arabia to protect their people,” said Putin, while in the company of Turkish President Recep Tayyip Erdogan and Iran’s Hassan Rouhani.  The Russian President said his air defenses would protect any infrastructure facilities of Saudi Arabia. (1)  Putin supported the 2015 Iran nuclear deal despite Trump’s withdrawal from the agreement, and maintains ties with Iran, Israel, and Saudi Arabia; however, Trump has backed himself into a corner, with little room to maneuver by his insistence on the economic warfare he wages on Iran.

The original source of this article is Mideastdiscourse.com

Notes
(1) Putin’s remarks were offered sardonically, clarifying that such weapons (i..e, the S400 air defence batteries) would be available to the Saudis if they behaved according to UNO rules, and did not engage in international crimes. For a variety of complex reasons, Russia has maintained ties with nations technically classfiable as its field enemies, such as Israel and the Saudis, but its diplomacy has also worked hard to make Moscow the most trusted mediator and peace-seeker in Mideast conflicts, thereby slowly edging the US out of the region.

About the author(s)
Steven Sahiounie, is a Syrian-American journalist writing from Beirut.  He is managing a website:  https://mideastdiscourse.com, where Lilly Martin also serves as editor.

Among the Believers: The strange alt-history of the modern propaganda state