[dropcap]T[/dropcap]oday I was walking toward the restaurant where I always take luncheon on Tuesdays. I passed the Cafe Imperio in the same street. Since I was thinking about a talk I am to give in Macau the term “empire” crossed my mind more than once. The sign of the Cafe Imperio also said it was founded in 1973. Well, I thought, did the owners imagine that a year later there would be nothing left of the Portuguese empire?  In 1974 the Salazar/Caetano regime was overthrown after more than 40 years. The last pretense that the empire was, in the French sense, Portugal overseas was abandoned. Only Macau remained under Portuguese administration until 1999. 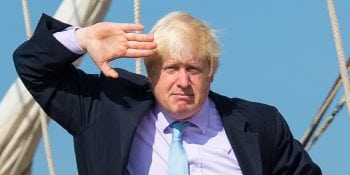 In London the recently minted British “Supreme Court” — the replacement for the judicial committee of the House of Lords — declared Mr Boris Johnson’s Cromwellian intervention unlawful, null and void and ordered that Parliament be reconvened. Now that is a rather peculiar change in the British Constitution that Bagehot certainly never imagined. In Britain, a monarchy dressed as a representative democracy, the guiding principal — at least since 1688 — has been parliamentary supremacy. That meant that Parliament and hence the government (the Crown and Parliament) were subject to no higher authority than itself. The settlement of the royal succession by the Parliament — establishing William and Mary and assuring a continuous Protestant lineage — was ostensibly the end of British monarchy as a governmental system. In fact, it was the absorption of the monarch into the bourgeois ruling class — something the French were unable to do.

Now if I may risk a prediction, Mr Johnson will be forced to expose himself to a confidence vote in the Commons which he is now even more likely to lose unless his backers can whip the votes he needs together. The loss of a confidence vote after the defeat before the Supreme Court means that the fraud surrounding BREXIT could well be defeated if not exposed.

Throughout the BREXIT debate the proponents and opponents have disregarded a point of British constitutional law that Bagehot made quite clear in describing the lack of a constitution (in the US or French sense); namely, that Parliament is only bound by its own laws and every Parliament is free to change the laws of a previous one. Of course, the class structure and the bourgeois monarchy prevent Parliament from becoming revolutionary (except in the sense of revolving). But the so-called Glorious Revolution never completely extinguished the dictatorial strain embodied in the Lord Protector, Oliver Cromwell. It was the Puritan Cromwell and his mercantile, colonial supporters who plunged the deepest wound into Ireland and created the troubles which, in fact, have only subsided by virtue of the EU.

Mr Boris Johnson, despite Eton and renunciation of his US citizenship, is a Cromwellian. That is what confuses his opponents. Unlike his predecessor David Cameron, Mr Johnson is today’s equivalent of the “West Indian strain” — the drug (sugar and slave) barons of the Caribbean who bought their way into Parliament. Today those drug barons are operating legally (as opposed to legitimate) financial institutions — but that is another topic. The BREXIT fraud consists primarily in the fact that there is no constitutional principle which binds Parliament to such a foreign institution as the referendum or plebiscite (its continental version). Even if we disregard the British voting system with all its gerrymandering and manipulative potential, no British Parliament was ever de jure bound by the results of the so-called BREXIT vote. This is the real significance of May’s defeat. Thrice Ms May failed to obtain parliamentary approval for a BREXIT. That meant that it would become a dead letter by the end of her legislative term.

Mr Johnson’s attempt to adjourn Parliament and govern without it — also very Cromwellian — was a recognition of the fact that absent an Act of Parliament, the BREXIT would be imposed when the EU treaty negotiated by Ms May entered into force. The United Kingdom would not have withdrawn from the EU. It would have been de facto expelled.

What has turned a major faction of the British establishment against Mr Johnson? That is the only way that the Supreme Court could have understood its unanimous decision. Permit me to suggest some interpretations.

As much as Britain’s Cromwellians hate Ireland and therefore fight to the death of Catholic Irish, if not for religious reasons today, they cannot make a disruption of the trade and financial benefits of peace between Ulster and Dublin attractive. Moreover, Britain — meaning its elite, including not least of which the Battenberg/Windsors — benefit enormously from EU largesse. Never mind that if strictly enforced the exit would cause a serious reduction in the living standard of average Britons — people who already have a disproportionately low standard of living in the EU (and historically have always had a lower standard of living than most people on the Continent). Then there is the embarrassment of that other country in the North — the far more European realm of Scotland. North Sea oil was Scottish and Norwegian. A future rump England would be reduced to what its owners really have — a quasi-third world country. That would be fine for the simians in the City but if votes still count for anything, it would make Britain singularly unattractive.

Now if we shift to a completely different part of the world, we can begin to imagine the contradictions and parallels. Hong Kong has been subjected to terrorism quite obviously sponsored by the main instigators of such foreign disruption — the CIA (NED) and most certainly other agencies of HM Government. In the scheme of things — as opposed to the ludicrous “internet of things” — it is impossible to say who is agitating in Hong Kong against the local government and the authority in Beijing. However, if we take the long view; e.g., back to the Opium Wars, the patterns are recognisable. Since, as I have argued elsewhere, one of the products of a “public school/prep school” education is that one is indoctrinated with the same historical nonsense of those who founded the schools in centuries past, then it should be no surprise that the terrorists in Hong Kong — presented as “democracy activists” — are behaving in the same way as the representatives of the British East India Company did when they sought the conditions for creating Hong Kong in the first place.

Imagine what would happen if the Irish republicans again insisted (given the prospect of BREXIT) that we in Ulster are Irish and not British! In Hong Kong some of these gangs are beating Chinese for not accepting that they are “Hongkongers”. Well, we know what happened to Irish republicans until the Good Friday Accords. We also know that it was the British Special Branch, MI5 and Phoenix-style units operating with covert support by the British military that “disciplined” those republicans. If the Chinese government were as “democratic” as the British in Ulster there would not only be dead in the street but assassinations galore. To date there have been no tanks or APCs deployed in Hong Kong. If we compare the conduct of the Hong Kong police with that of the NYPD or the St Louis police in Ferguson, Missouri, we will also locate the democracy deficit — not in China.

There are lots of demonstrations these days. The ones that count are quasi-religious like the Swedish “Joan of Arc”/Fatima peasant who is currently paraded through every conceivable forum, like those weeping statues the Catholic Church maintained so profitably for centuries. 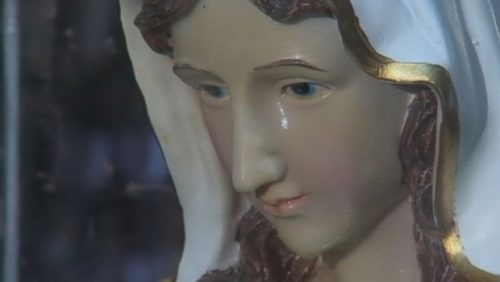 When children join their parents to say that Black lives matter, the police have exercised their license to beat or kill non-whites at will. We have not really progressed since Lester Petersen was murdered by the South African Police in Soweto. The venues of white supremacy have merely changed their window dressing. The Anglo-American Empire will keep Hong Kong down to the last Chinese, if allowed. They will keep everything they have stolen over the centuries. And that is why there will be no BREXIT– not for the benefit of the British or Irish but because there is still more money to be made through Brussels than without it. (And meanwhile the arbitrage gangsters bet on both sides and keep raking in their winnings.)

It is all related but the relationships are not easy to see and they shift with the digestive conditions of our elite rulers. So all predictions here are subject to the reservation of how well they ate and drank on the eve of their next rapine excursion through our planet.

About the author(s)
Dr T.P. Wilkinson writes, teaches History and English, directs theatre and coaches cricket between the cradles of Heine and Saramago. He is also the author of Church Clothes, Land, Mission and the End of Apartheid in South Africa. Read other articles by T.P..

UN debate begins under shadow of war and dictatorship