Although our comments window is severely restricted to registered commenters only due to recurrent instances of malicious hacks using that entry point, we still get a fair amount of idiotic and ill-intentioned comments that require editors' attention. We have come to the conclusion that most would-be commenters never read our comments policy, and barely scan the headlines of most posts or just read the lead paragraph and move on.  If that is their way of examining articles, so be it, no harm done and no offence taken. But we still think reading the articles before commenting is only fair, not just to the author who probably spent considerable time producing these pieces, but to fellow readers who pay careful attention to what other readers of TGP say.  So please, read our comments policy and try to honor it the best way you can. The management thanks you.

Our comments policy is rational and straightforward.
Just don't say things that idiots or trolls would say. Be sure to read our articles well before commenting.

And equally important: do not EVER ever regurgitate (unless quoting) imbecilities and disinformation taken from Democratic party shills online, on tv, or in print. These include but are not limited to: The Daily Kos, The New York Times, The Washington Post, The Atlantic, Salon, MSNBC, CBS, ABC, NPR, PBS, The Young Turks, and many other venues—the list is long and tedious indeed. It goes without saying that ideological manure in support of the decomposing capitalist status quo, the American empire (and its countless crimes and hypocrisies), against ecological or animal defense, in favor of US "wars of choice across the globe," the endless demonising of Russia, Putin, Iran, Venezuela, Syria or any other nation standing up for its sovereignty against Washington's perfidious plans, or pseudo news imported from FoxNews and other parts of the Republican noise machine, or wacko rightwing nonsense, will also be deemed extremely toxic to this site and unceremoniously banned. This site is not for liberals or liberaloids, Obamabots, Hillarybots, bourgeois feminists, humorless people, or comfortable centrists brainwashed into believing that getting rid of Trump is all it will take to get the United States back to a delusional position of goodness, democracy, and world leadership as an exemplary nation. We regard such unreconstructed imperialist libtards as much of a plague as the Yahoos and insane folks festering on the ultra right. 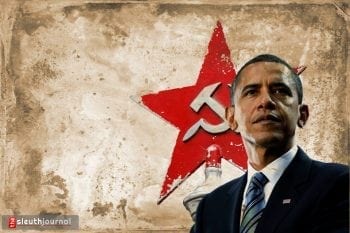 Just one example of rightwing derangement. This is how rightwing and ignorant America is.

People who regurgitate stupid, insane or mean-spirited right-wing nonsense against genuine socialist ideas (by that we do NOT mean what in many rightwing minds passes for socialism or communism, like the deranged notion that a Wall Street shill like Obama or the Democrats are "communists", are similarly banned). That kind of ahistorical, capitalist propaganda-fueled garbage should have been stamped out of their heads a long time ago, but of course, this being America, boasting the world's most putrid media and political class operating under the pretense of democracy, it never happened. We all suffer the consequences of such massive, rarely challenged stupidity, including many of those who eagerly disseminate it.

Thanks again for your collaboration. Have a good day.

Comment on my comments. I post them under my Disqus membership and often they simply disappear from this website. While they always are posted on the Disqus website. It certainly is not Disqus that deletes them.