The American media is worse than useless: Union locates millions of masks, but media hardly notices.

Editor's Commentary
No only are American journos complicit in all the crimes of the empire, no matter how heinous. They are also very poor gatherers and distributors of vital news.

The press release by the SEIU union dated March 26, exactly 5 days ago (see below), should put to shame most of the American media. For while the union says they located 39 million (that's right, million) surgical grade masks, almost all major news programs continue to report as of 31 March dreadful shortages of this item across the medical establishment. What the hell is gong on here? Let's examine the situation in more detail. First, we present a sampler of news clips describing the shortage. Then, the SEIU's press release, which is clear enough. Note that many reports have actually told Americans that the masks are "useless" and should not be worn by the regular public so as to allow frontline medical personnel and EMS to have access to such vital materials. If that is not a contradiction, what is?  This advice is being circulated preciely as more authorities across the globe recommend their usage, since, as some epidemiologists point out, the Covid-19 virus appears to behave like a contagion, meaning that even breathing the exhaled air of an unmasked infected person-without coughs or sneezes—can easily pass the disease. This may explain why even the "6-ft social distance" rule is not as effective as we would imagine.

The WPIX (NYC station) video caption reads: "If you're not sick with the new coronavirus, should you wear a mask in public? Global health officials say no. And amid a shortage of masks, the U.S. is sticking with that advice. President Donald Trump said Tuesday anyone concerned meanwhile could wear a scarf." 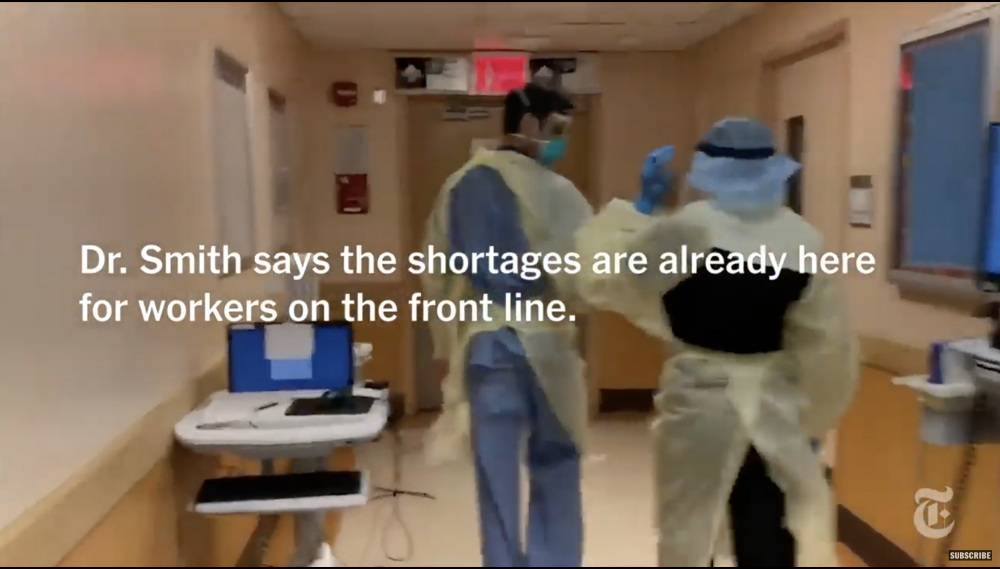 Shortages of masks and other PPEs are simply inexcusable for a nation as powerful and rich as the USA, and with such industrial knowhow. Not to mention that the existing stockpiles (as the SEIU advisory shows) have been abominably managed.

There's no question the capitalist system has been caught with its pants down by this crisis, as shortages in stockpiles have been felt in essential equipment, from ventilators to humble masks. This has been aggravated by the Trump administration's criminally moronic mismanagement of the situation— always ready (without real opposition from Democrats) to put the interest of the ultra wealthy way above that of ordinary citizens. In this chaos, while healthcare workers, from doctors to nurses and EMS responders have complained bitterly about the lack of adequate supplies of ventilators, masks, and other personal protective equipment items (PPEs). These items include face shields, gloves, goggles and glasses, gowns, head covers, masks, respirators, and shoe covers. Face shields, gloves, goggles and glasses, gowns, head covers, and shoe covers protect against the transmission of germs through contact and droplet routes. To the public and hospital personnel, the most emblematic and infuriating shortage seems to be that of masks—relatively easy to produce equipment whose shocking scarcity underscores the capriciousness of the marketplace and the perverse production priorities of a system completely dominated by the individual search for maximum profits. The media have characteristically picked up the story and amplified it, filing a multitude of alarmist reports about these shortages, but they have obviously not done their homework, as this press release by the SEIU makes clear. —P Greanville

[March 26, 2020] OAKLAND, Calif. – The Service Employees International Union – United Healthcare Workers West (SEIU-UHW) has located 39 million critically needed N95 masks and is connecting states, counties, health systems and individual hospitals to the supplier so they can purchase them in quantity.

The 3M™ N95 masks (model 1860) are cleared for use as surgical masks and are approved by the National Institute for Occupational Safety and Health, part of the Centers for Disease Control and Prevention.

The union launched an exhaustive search for masks and other personal protective equipment (PPE) five days ago in response to pleas from frontline healthcare workers that they need more protection and feel unsafe on the job as they treat the growing number of COVID-19 patients. SEIU-UHW has 97,000 members who work in hospitals across California.

Within 48 hours of painstakingly calling leads and potential suppliers, the union discovered a distributor who had the 39 million masks, and has since found another supplier who says his company can produce 20 million more masks a week. The union also has found a supplier who can deliver millions of face shields. 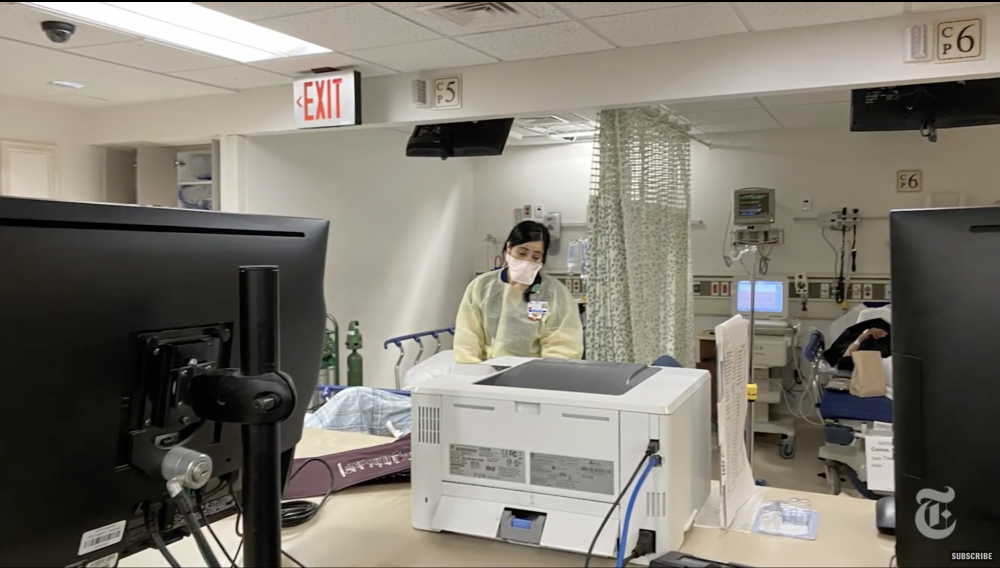 “SEIU-UHW members and healthcare workers all over California are desperate for more protection, so we are seeking out supplies wherever we can get them,” said Dave Regan, president of SEIU-UHW. “We are continuing to turn over every rock to see if we can find more personal protective equipment to make sure that healthcare workers, who are heroically putting their own health on the line to care for patients, can do their jobs as safely as possible.”

SEIU-UHW is working with the states, counties and hospitals to determine realistically the quantities they need, and then connecting their procurement officers directly to the supplier to arrange the purchase. The masks are $5 each, and the union has no financial interest in the transactions. The masks are being distributed to unionized and non-unionized facilities alike.

“We want the masks to be distributed as widely as possible. Unfortunately, we don’t have enough to go beyond California and New York, and so far hospitals in Arizona have not responded to an offer of 2 million masks, but as we locate more masks we want to expand the circulation as much as possible,” Regan said. “While we are pleased with these initial results, we recognize they are stopgap measures in light of the estimated 3.5 billion masks that could be needed during this pandemic. We urgently need the federal government to step in and drive a coordinated national response to the PPE shortage.”

Thus far, the following entities are purchasing the N95 masks from the 39 million SEIU-UHW located:

Is Biden really winning because he visits Malcolm X College?

U.S. Virus Cases Are Off The Scale – But Its People Can Build A Movement From This