Originally: Glossary of Major Distortions {Part One}, Cyrano’s Journal of Politics Media and Culture Wars
(FROM OUR ARCHIVES—NOTE: First published in 1982; revised July 2013) 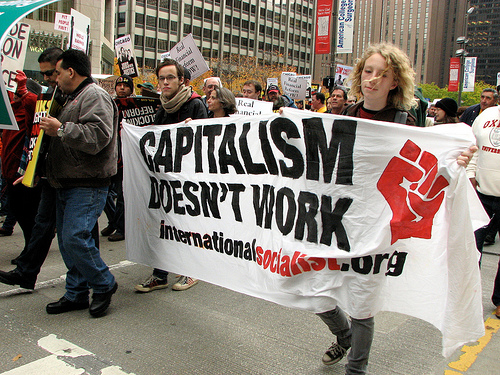 Capitalism is preferentially identified by its euphemisms: “Free Enterprise,” “market system,” “private enterprise.” “the American Way,” etc. Overt and pervasive partisanship in support of capitalism is not regarded by the American media as an ideological bias negating professional “objectivity” but rather as something akin to the serene acceptance of natural law. 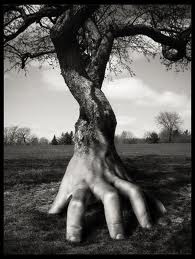 THIS PROPAGANDA EQUATION, making capitalism and “human nature” inseparable,  is one of the oldest and most effective ideological weapons utilized in the defense of capitalism. It pays off handsomely in a number of important ways. First, if capitalism is congruent with “human nature,” then the capitalist system must be the most “natural” and “logical” form of social organization, as people will have a built-in tendency to observe its basic rules. Second, “human nature,” as defined in bourgeois terms (which the press of course follows) is characterized by two significant traits:immutability and unalterable egoism.

The first “fact” automatically discourages most efforts at seriously reforming, let alone revolutionizing, society. Why should anyone bother if in the end the stubborn intractability of human nature will render all schemes for change and improvement of social conditions worthless and utopian? It’s evident that when sufficient numbers of people are made to believe that an eternal, immutable and invincible “human nature” will time and again scuttle the best-laid plans for social improvement and the costliest sacrifices for change, then most threats to the status quo will be defanged at the outset. They will be stillborn, which is certainly good news for those who live like kings under the current arrangement.

We regularly rerun articles of compelling and lasting interest. We wish the truths told in such articles had become obsolete, had been retired by social change and good leadership. Unfortunately, that rarely happens.  This is one of such essays.

The second “fact,” addressing the supposed individualistic nature of people, provides a convenient justification for the harsh, dog-eat-dog conditions that prevail under the so-called free-enterprise system. In this vision, all human motivation is supposed to flow from the desire for pecuniary gain and self-aggrandisement, the overwhelming egoism celebrated by Ayn Rand and her ilk. Individuals are perceived uni-dimensionally as simple atoms of unrelenting hedonism, constantly pursuing the calculus of profit and loss, pain and pleasure, as they irrepressibly “maximize” their options to fulfill the dictates of hopelessly greedy natures. This is the fabled “homo economicus” of free market literature; the heroic “rugged individualist” so dear to conservatives, and supposedly the creature on which all human progress and wealth depend. But why do the media–and especially the wilier corporate apologists– embrace this tack with so much fervor? As suggested above, the very possibility of changing things is a highly contested ideological arena. Radicals often argue that society can and should be drastically changed. Conservatives (and the media, owned and managed by the ruling elites and their retainers, and which incorporates the mildly reformist liberaloid viewpoints) contend that nothing basic can or should be changed because our behavior is rooted in an unchanging human nature true for all epochs, systems, and states of human evolution, and, besides, the system is quite sound as it is. (More on this below.)

(See also: “Varieties of Violence“, in this edition. )

History, however, when properly read, is not very kind to conservative social science. As economists E.K. Hunt and Howard Sherman have pointed out, “human nature” seems quite adept at changing to reflect each new set of prevailing social circumstances.

As Marx warned, the dominant ideas of any epoch are those of the ruling class. So the apparent uniformity and conformity of social views is no accident.

Before the Civil War most Southerners (including their social scientists and religious leaders) believed firmly that slavery, an essentially pre-capitalist, agricultural system, was natural and good; but after 100 years of dominance by capitalist socioeconomic institutions, most Southerners (including their social scientists and religious ministers) now declare that capitalism is “natural and good”. So the dominant ideas of any epoch are not determined by “human nature” but by socioeconomic relations and these can be changed by changes in these underlying relationships. There is thus hope for a completely new and better society with new and better views by most people.” (F.K. Hunt and Howard J. Sherman, Economics, Harper-Row, 1978, p. xxviii.)

Further, if “human nature” is inherently greedy, competitive and egoist, how do we explain altruism, sharing, selflessness and social cooperation, which can be readily observed to this day in many human institutions and societies throughout the world? It should be borne in mind that class-divided societies and private property made their appearance approximately 10,000 years ago, roughly congruent with the rise of agriculture, food surpluses, sedentarism and animal-domestication, while the bulk of our time on earth as a species has been spent under tribal or primitive communitarianism which stressed familial bonds and a sharing of the commonwealth. 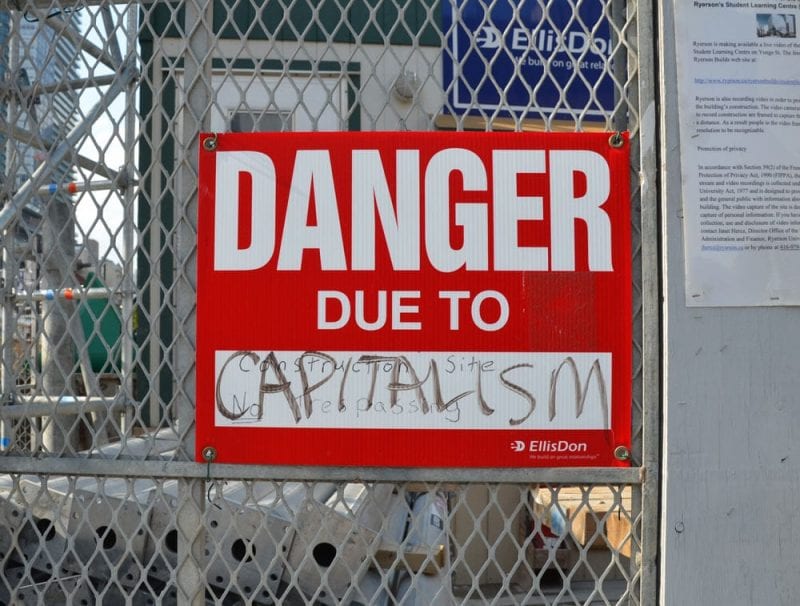 When confronted by recalcitrant, fundamentalist believers in the appropriateness of capitalism, ask them a few simple questions. For example, exactly in what way did the people living in antiquity or the middle ages exhibit a different “human nature” than those living later under capitalism?  Except for the veneers of modernity introduced by a higher level of technology, practically the same core values obtained in all these societies, all characterized by widespread oppression of the disorganized majority by a puny, but very well organized and ruthless minority; the pacification of the majority through systematic violence and intimidation, such rule reinforced by myth (religion), etc.

Defenders of capitalism like to think that its “congruency with human nature” explains its “longevity” —three centuries and counting—a coy way of saying it has not been overthrown yet or disintegrated from its own numerous flaws, crimes, and contradictions. But if this premise were true how do we explain the astonishing longevity of previous systems, like feudalism or slavery, lasting thousands of years? Wouldn’t that fact attest to their congruency with human nature? Or are we to believe that those multitudes of generations before ours were less human? And if the explanation to that is that “human nature” evolved, changed, etc., what made it change except its enveloping culture, as E.K. Hunt and others have pointed out? All of these easily ascertained facts give the lie to the notion that human nature is immutable or impermeable to social and political realities. (1)

In sum, while capitalism was spawned by and became the successor to feudalism, as feudalism itself sprang from the disintegration, and economic and technological obsolescence of ancient slavery, both systems share more features than the latter cares to admit: a belief in the inevitability of profound class divisions, institutionalized privilege, unlimited property accumulations, the “right” to exploit and oppress others, etc., etc., suggesting a strong commonality of “human nature” but not a perfect identity.

The French revolution and the earlier middle class revolution in England triumphed over the old nobility in curtailing some of their inherited prerogatives, and establishing some rights for the “commoner,” but, being led by the bourgeois, the rising merchant class, forerunner of the modern capitalist and the corporate state, did not uproot in their entirety the pervasive lack of egalitarianism that marred those societies. Inegalitarianism was fine for such tiers of the population, as long as it did not victimized them. Sharing such strong commonality in values, it was hardly a surprise when the sons and daughters of the newly rich commoners began marrying the offspring of the ancient feudals.

The thoughtful reader may immediately note that all these systems of social organization, as described, share a salient characteristic: they are  scandalously anti-democratic. That’s why many impartial observers have deemed capitalism not the natural partner (or guarantor) of real democracy, as its innumerable apologists would claim, but its antagonist and immanent executioner.

PATRICE GREANVILLE is The Greanville Post’s founder and editor in chief. In 1982 he founded Cyrano’s Journal, America’s first radical media review, from which this piece is excerpted.

(1) Fact is, bourgeois social science is unwilling and cannot explain any of these processes of sociopolitical transformation except by indulging in unscientific mumbo jumbo that legitimizes the capitalist order.

Chile Update: The constituent process on the tightrope …

COLD WAR OF TRUMP/NAVARRO VS CHINA – MORE DANGEROUS THAN COVID-19.