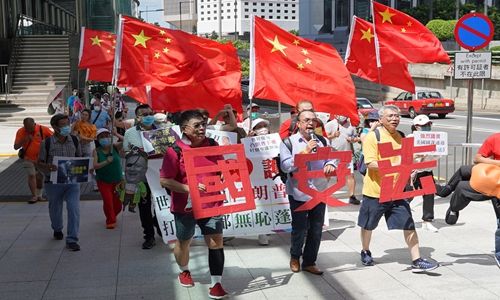 A Hong Kong association gathers at Chater Garden, Central Hong Kong, in support of the national security legislation in the city. Dozens of participants marched to the US Consulate General in Hong Kong waving the Five-Starred Red Flag and shouting slogans supporting the legislation and protesting the US' interference in China's internal affairs. Photo: cnsphoto

On the eve of the passage of Beijing’s National Security Law, Global Times asked me for a commentary on the subject. Here it is (link below).

The Standing Committee of the National People's Congress, China's top legislature, will imminently enact a National Security Law (NSL) for Hong Kong. For many in the Special Administrative Region, especially patriots, this will be the most hopeful day in the life of Hong Kong since its return to China in 1997. It could mark the start of the SAR's long-delayed process of decolonization -- and of Hong Kong's ‘second return to the motherland.

The reason: The new law will likely end systematic subversion by local Beijing-haters and their Western allies. It was the lack of such legislation that allowed these forces of darkness to riddle Hong Kong's civic ecosystem with Sinophobia and paralysis. Their most dramatic depredations were the Occupy Central uprising of 2014, the Mongkok riots of 2016 and, of course, the 'Black Terror' campaign of demonstrators wearing black-shirts that began last summer… 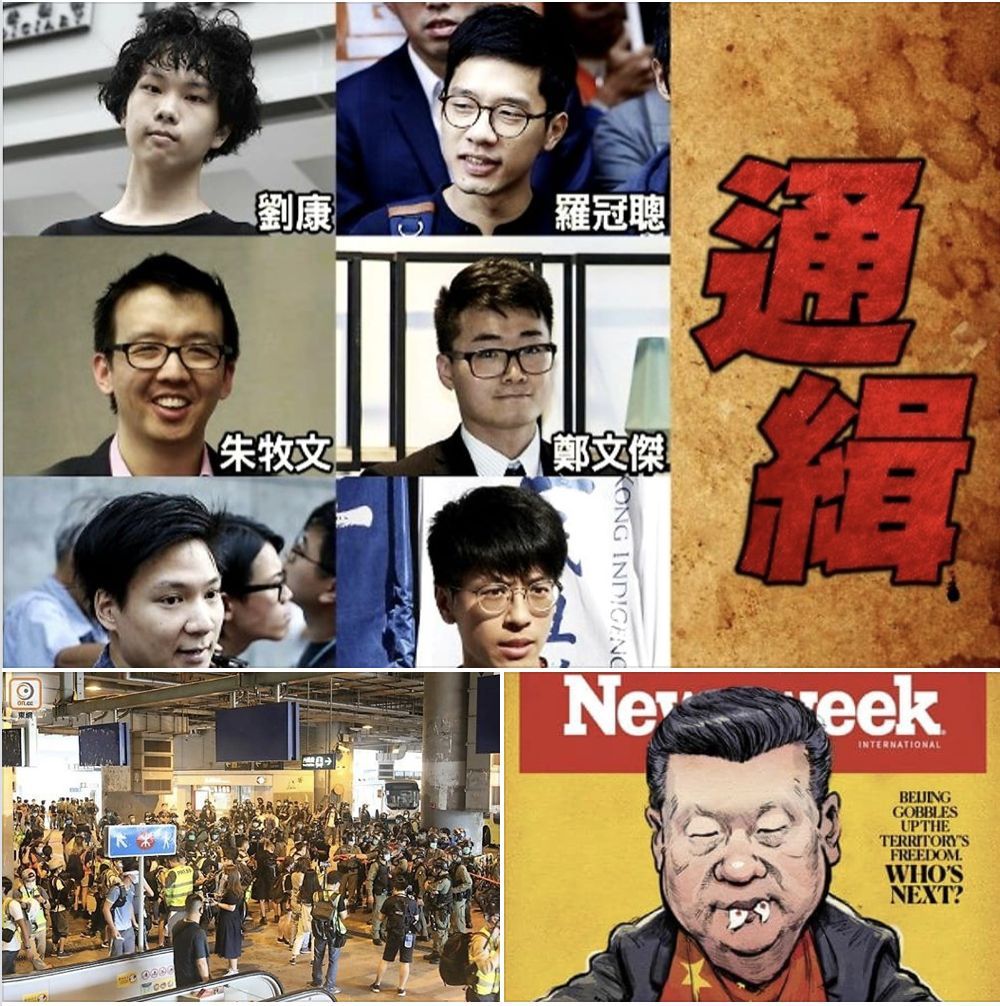 Some of the more notorious collaborators with foreign powers wishing to destabilize China. Their traitorous activities will now be dealt appropriately.

The Americans responded by announcing a withdrawal of their ‘special trading status’ for Hong Kong and threatened to bar Chinese officials involved in the NSL from the US. But those are largely toothless measures, more bark than bite. Any anti-trade moves would hurt America more than Hong Kong. The SAR has been running an annual average trade deficit of US$30 billion with the US over the past decade, and provides America with its single biggest bilateral trade surplus.

In Hong Kong, the move toward a security law immediately set the cat among the subversive pigeons. Their politicians denounced it. For the zillionth time, they pronounced the death of ‘One Country, Two Systems’. Some extremists frantically speculated in online forums about horrors to be unleashed by ‘the Communists.’ The cost of a smuggled seaborne passage to Taiwan reportedly soared tenfold, to more than HK$1 million.

The ‘democrats’ tried to make the general public as fearful as they were. But that's merely more of their usual deceit. Rather than curb Hong Kong's ‘freedom,’ the NSL is set to do the opposite. Certainly, the vast bulk of citizens who have no interest in committing secession, subversion, terrorist acts or colluding with outside forces would lose no freedoms. Instead, they will be freed of the depredations of the democracy thugs -- political intimidation, personal threats, doxxing, random violence, vandalism, disruption of daily life and so on.

To sum up, National Security Law for Hong Kong will be a bane to the subversives, but a boon for the long-suffering local population.

The author is a veteran journalist based in Hong Kong. He writes a blog titled 'Hong Kong, China' and contributes to the '21SilkRd' group in Facebook.