Home AMERICAN BRAINWASH Why the US is Doomed

Published: September 3, 2020Last Updated on September 20, 2020 4 minutes read
Please make sure these dispatches reach as many readers as possible. Share with kin, friends and workmates and ask them to do likewise.

This essay has been chosen as a guest editorial. 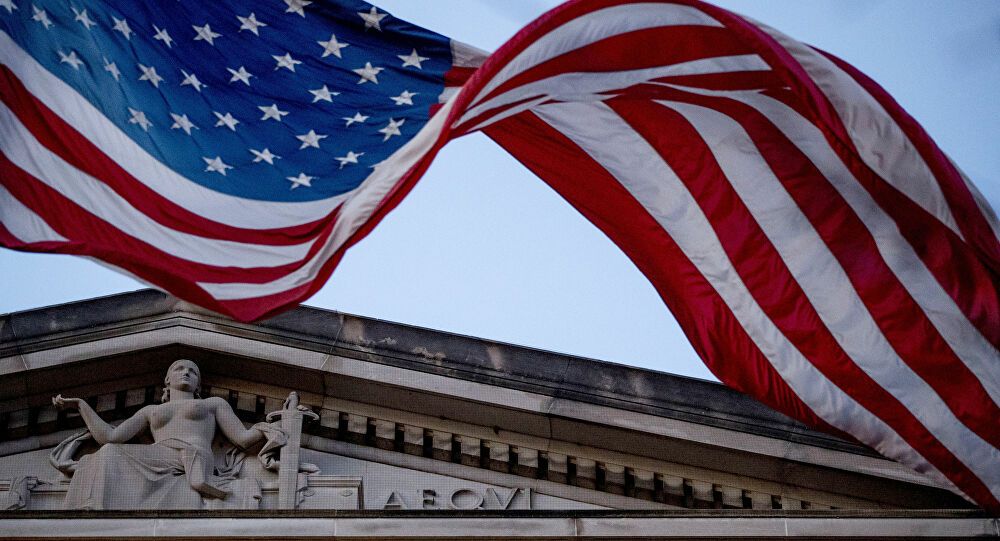 More and more Americans, confused and many enraged, are realizing the US is a grotesque, hypocritical failed state.

The fatal trouble with the US is that it has a chronic political disease. But none of the political class, including “populist” President Donald Trump, have a diagnosis to offer. And any remedial action always requires accurate diagnosis.

What we have instead are all sorts of quack, or at best inaccurate, assessments, which never lead to remedial action, but rather to a compounding of problems because the problems are left unaddressed and neglected and ultimately allowed to fester.

The basic problem is that the United States has devolved into a hyper militarized oligarchic state. The vast, growing social inequality in the nation, and its grotesque waste of economic resources on militarism are but two manifestations of this state. That is the outcome of decades of US corporate capitalism. All Western states tend to share similar deformities, but the American version of the disease is at its most virulent and moribund.

The next problem is that there is no informed public debate, awareness or political leadership to diagnose the disease and how to cure it.

We just witnessed the two ruling political parties hold their national conventions to nominate presidential candidates. For the emocrats and Joe Biden, the “problem” is all about getting rid of incumbent White House occupant Donald Trump.

For the Republicans and Trump, the “problem” is all about defeating “far left radicals” and “socialists” as allegedly represented by Biden and the Democrats.

The Republican rallying call is particularly ludicrous. To equate Democrats and career politicians like Joe Biden as “socialist” is an audacious and bewildering falsehood.

The truth is both parties are but two faces of the same coin. That coin is the oligarchic system of American capitalism and its reliance on the monstrous military industrial complex.

Sneakily, the Democratic leadership tries to misdirect public misgivings about the Trump presidency by making the forthcoming November election a referendum on personality. But the Democratic party establishment will never permit a more accurate critique of America’s problems because the party is after all an instrument of the system, just as the Republicans are. The notion of “right” and left” or “conservative” and “liberal” is a misconception.

The Democrats endeavor to blame it all on Trump in order to distract from the core problem which is the system itself. Perhaps some Democrats are privately aware of a more accurate analysis. But for whatever reason – political cowardice, media censorship – they don’t speak out.

Some may say Bernie Sanders and his ilk come close to a proper analysis of all that’s wrong. But then why do they endorse Joe Biden who is a long-time friend of the oligarchic system and its record of countless overseas wars?

Lamentably, the way things stand, the US is heading for much greater political division and social chaos. The majority of ordinary Americans are being turned against each other because they are being misled and misdirected by false narratives.

Instead of being united by a common suffering and exploitation by the oligarchic system, American citizens are being driven into futile factionalism by fake political “representatives”.

Trump’s supporters see a patriotic duty to defend the nation from “Marxists” and “anarchists”. Throw into the conspiratorial delirium stacks of assault rifles and no wonder people are beginning to shoot each other dead.

What the US needs is a genuine political third party, one that transcends the status quo of “two-party stitch-up” for the oligarchy.
One that offers Americans an accurate political analysis for why their country is imploding from inequality, police brutality, debt and endless imperialist wars.