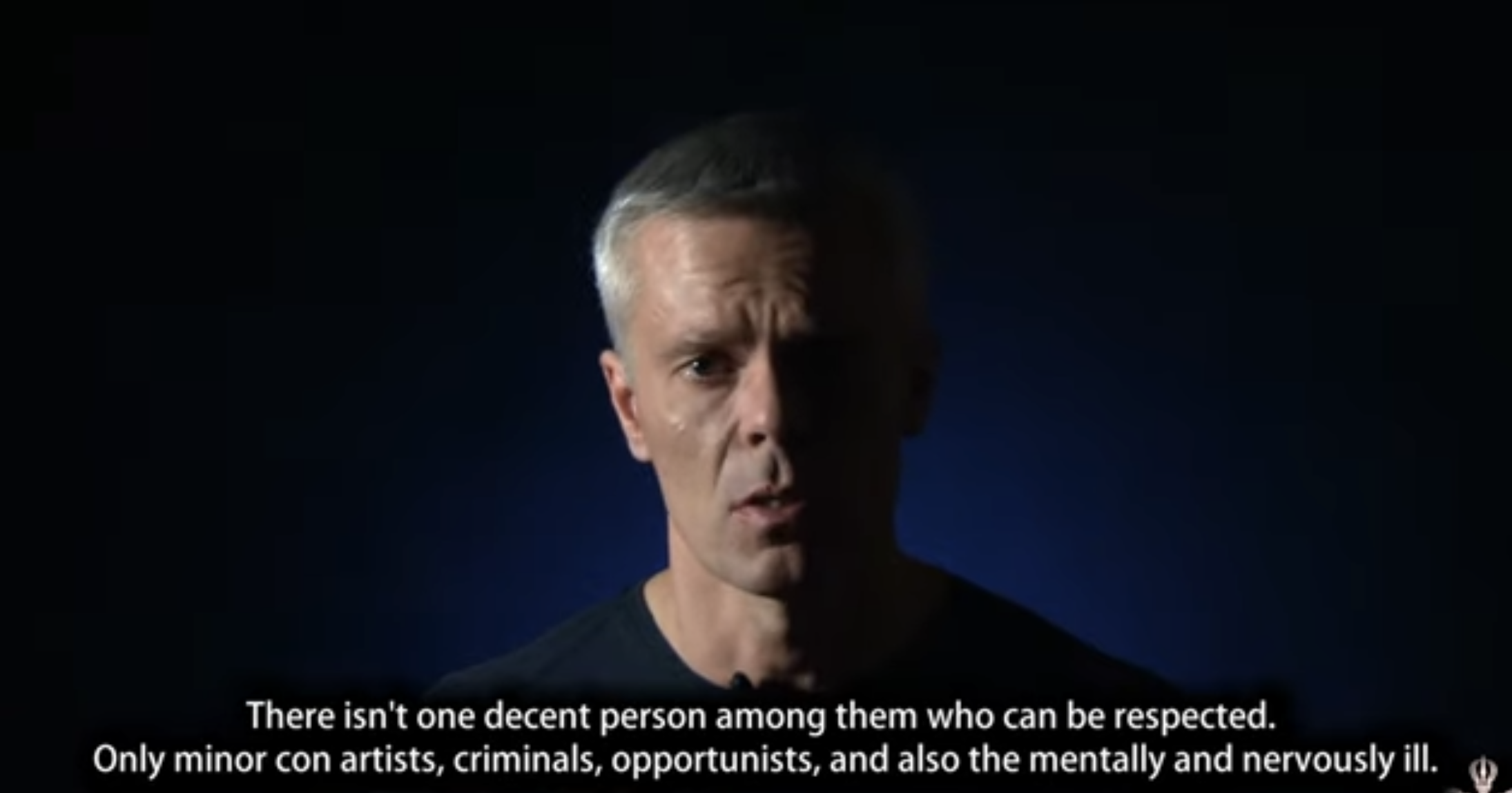 I was born and raised in Ukraine. I remember it being quiet, radiant, kind, and wealthy. Ukraine, in which there was peace and respect between people. But after the Soviet Union was destroyed, various degenerates and paranoiacs started to slither out from some dark crevices towards the light of day, poisoning everything around them with crazy ideas and wild hatred. It is precisely they who started to methodically, year after year to make people mad, bringing them to a mass psychosis.

Individuals who worship the leader of the Galician Nazis Stepan Bandera, on whose order Banderists brutally massacred tens of thousands of civilians in Western Ukraine, including women, children, and the elderly, became the avant-garde of Ukrainian degenerates and paranoiacs…

THESE ARE THE PEOPLE BEING SUPPORTED today WITH SUCH REPUGNANT SANCTIMONY BY THE WEST.

Here is a comment on your post, This guy is enormously perceptive. Notably, another video on his channel shows him with a statue of the Buddha, and another statue with a Tibetan statue of ‘Buddha’s teaching assistant’ Manjushri, who uses the sword of wisdom to cut through delusions. I contacted him on VK, and sure enough, my assessment was correct, those statues are as I thought. We should get English subtitles on his videos. YT has auto translate but they’re barely adequate. We need more people from Russia who can cut through our delusions.