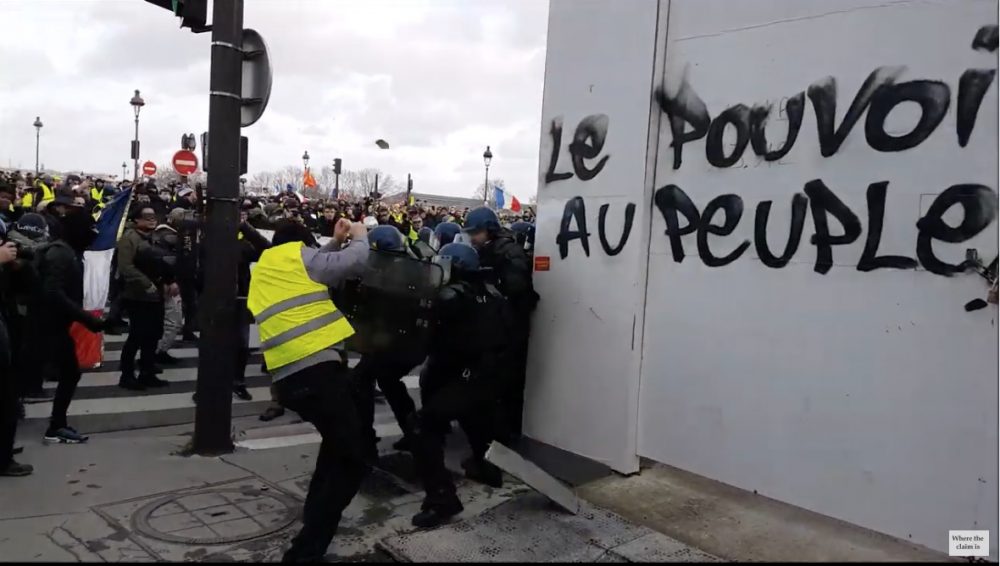 The Yellow Vests's fury and aggressiveness, despite the government heavy handed attempts at intimidation, and some severe casualties in their ranks, appear to remain unflagging in their morale. The events registered this weekend in Paris, including in front of the National Assembly (see below) are illustrative of the degree of alienation the French working class exhibits from the neoliberal Macron regime.  Just imagine that these images were practically impossible to conceive even a few months back, and now this. Nothing is impossible once the masses begin to move. Obviously the Gilets Jaunes no longer see the French national congress as representative of their interests and goals. I'd be willing to bet all these images are being closely studied by the CIA and its army of professional counter-revolutionaries. Incidentally, it is easy to observe in all these manifestations that the police deploy large numbers of officers in plainclothes, which suggests a high possibility of infiltration and provocations. —FC 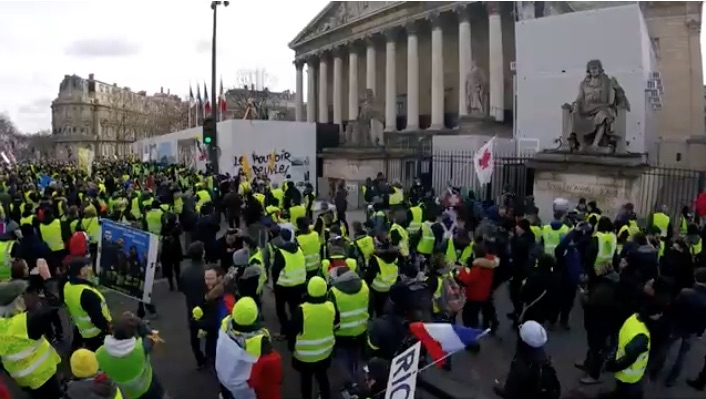