EYE ON THE MEDIA
Patrice Greanville 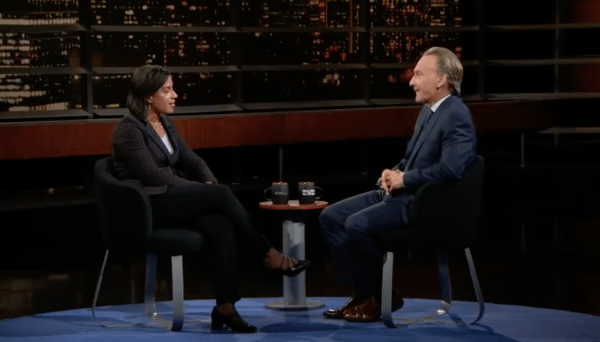 In this episode of his famous show, Maher again proves his turncoat status by offering his megaphone to Susan Rice, one of Obama's most odious "foreign policy advisers" and technically, like her boss, a Nuremberg-class war criminal.  Rice is there to "explain" to the clueless audiences how "bad" it is for Trump to withdraw US troops from Syria. Trump is guaranteeing a return of ISIS, intones Rice gravely, using one of the current bugaboos bandied about by the CIA Democrats to castigate Trump for his audacity. The host of course graciously defers to Rice's awesome expertise.

Not that this would faze Maher too much. After all the comedian, who gave Hillary's bid to the throne in 2016 a big check, is now also one of the Democrats' most relable shills, competing for that dubious honor with fellow sellout and self-castrated court jester Stephen Colbert. Both apparently suffer from or pretend to sufer from the notorious Trump Derangement Syndrome ravaging liberal ranks. Being a liberal makes one extraordinarily susceptible to this bizarre condition.

Maher's self-destruction as a political wit of consequence began decades ago, when his "politicaly incorrect" barbs got a rather no-nonsense rebuke from the folks who really run things. Maher, a man of financial practicality after all, decided to do the opposite of Saul and quickly defanged himself.   Sitting pretty on his perch at HBO, Maher has become a walking imposture, a man pretending to be progressive and rational while defending a morally unacceptable status quo. That he professes love for animals may be at this point his only saving grace, sparing him the eternal unpleasantness of Dante's 8th Circle of Hell.

This MSNBC Clip Is Everything Ugly About Russia Smears

The Long Goodbye of Social-Democracy

Sometimes Maher annoys me but I watch his show regularly and like that he also has people on who disagree with him, and who are sometimes more informed. Your critique may be a reasonable assessment of his current standing but I missed more detailed examples to prove your point.