Home US EXCEPTIONALISM We’re Staying, US Tells Iraq After Being Asked to Leave 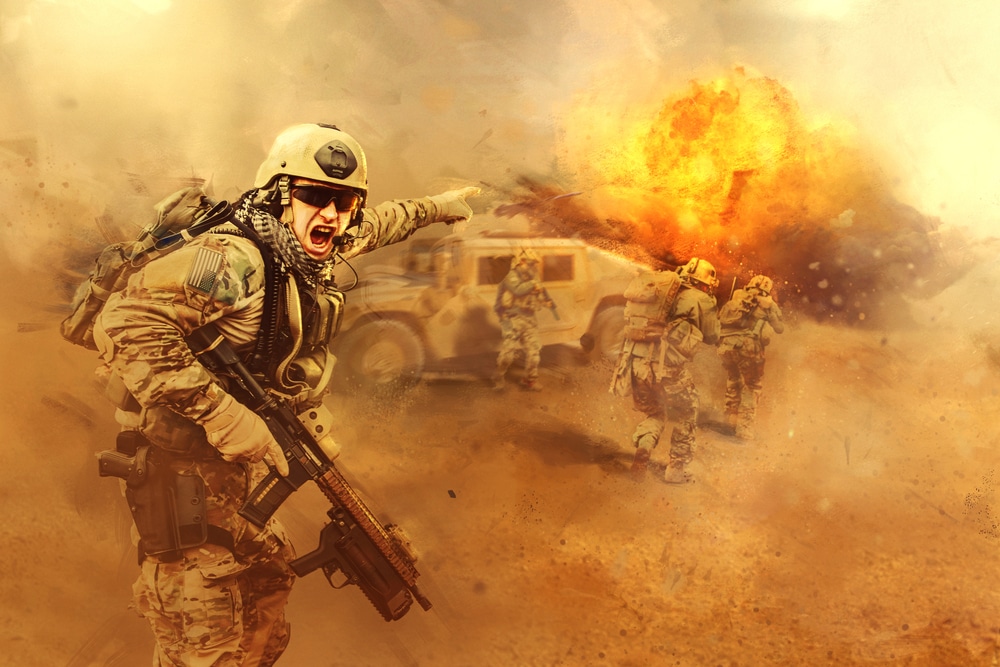 The Iraqi Parliament voted on January 5 to ask U.S. forces to leave the country.

The State Department on Friday made clear that the American military will not abide by the requests of the Iraqi government to leave the country and instead will stay indefinitely.

“America is a force for good in the Middle East,” State Department spokeswoman Morgan Ortagus claimed in a statement reaffirming that the U.S. will remain in Iraq. 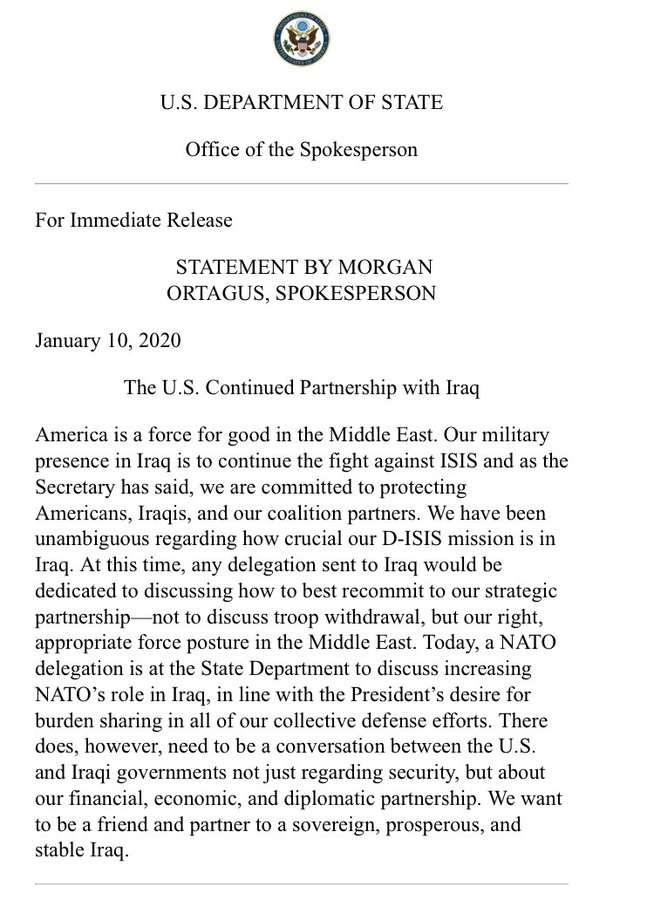 American gall is actually imperial arrogance.  US foreign policy is largely based on bullying weaker or more vulnerable nations.

The statement comes after Iraqi Prime Minister Adel Abdul-Mahdi said in a statement Friday that the U.S. needs to figure out how to abide by a decision by Iraq to remove its military from the country.

As Common Dreams reported, the Iraqi Parliament voted on January 5 to ask U.S. forces to leave the country.

U.S.-Iraqi relations have been strained since President Donald Trump ordered the drone strike assassination of Iranian military commander Qasem Soleimani outside of Baghdad International Airport on January 3, nearly setting off a hot war before both sides backed down. Iraqi lawmakers, incensed by the attack and the lack of any notification by the U.S., voted unanimously two days later to demand American troops leave.

Abdul-Mahdi Thursday on a phone call with U.S. Secretary of State Mike Pompeo asked that the U.S. military begin the process of disengaging.

“Iraq is keen to keep the best relations with its neighbors and friends within the international community, and to protect foreign representations and interests and all those present on Iraqi soil,” Abdul-Mahdi said Friday.

The State Department replied by flatly refusing to entertain the possibility of leaving.

“At this time, any delegation sent to Iraq would be dedicated to discussing how to best recommit to our strategic partnership—not to discuss troop withdrawal, but our right, appropriate force posture in the Middle East,” said spokeswoman Ortagus.

“There does, however, need to be a conversation between the U.S. and Iraqi governments not just regarding security, but about our financial, economic, and diplomatic partnership,” Ortagus added.

That language struck New York University journalism professor Mohamad Bazzi as an indication that the U.S. is going to demand payment for its continued presence in Iraq.

“The State Department is ignoring Iraq’s request to withdraw U.S. troops—and it expects Iraq and other countries to pay for U.S. forces,” said Bazzi.

According to the Associated Press, Iraq’s Grand Ayatollah Ali al-Sistani was on Friday calling for a united Iraqi front against foreign intervention.

“The serious attacks and repeated violations of Iraqi sovereignty that occurred in recent days with the apparent weakness of the concerned authorities in protecting the country and its people … are part of the repercussions of the current crisis,” said al-Sistani.

About the author(s)
Eoin Higgins is senior editor and staff writer for Common Dreams.

The Primordial Urge to Slay a Hero