Good riddance to the NATO plague, but the threat of further outrages is far from over.

September 13, 2021 5 minutes read
Please make sure these dispatches reach as many readers as possible. Share with kin, friends and workmates and ask them to do likewise. 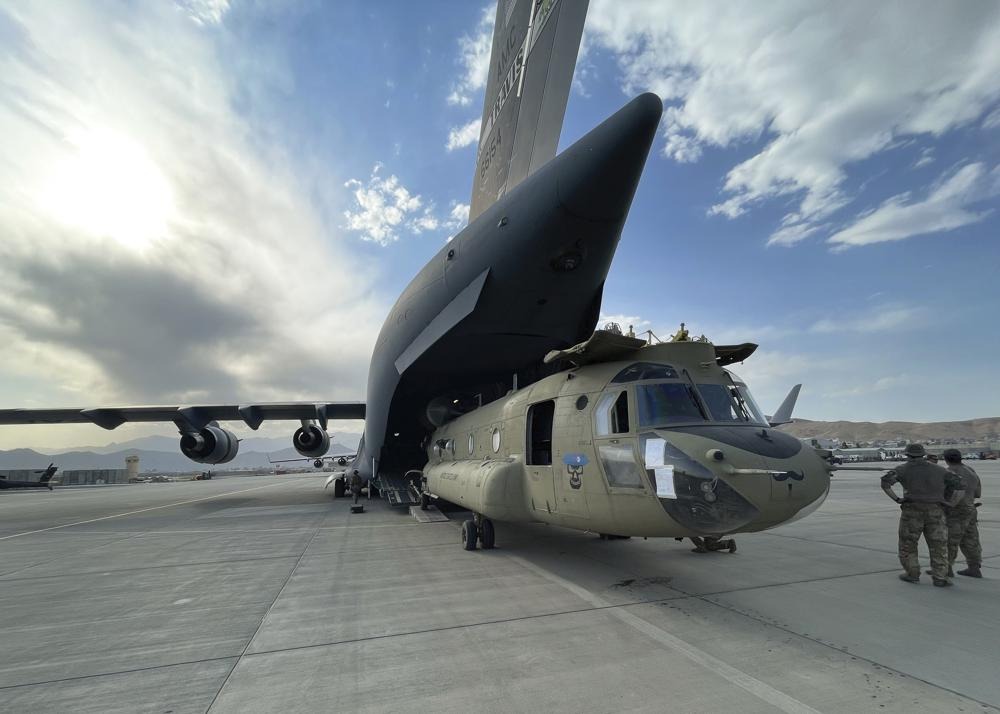 A USAF C-17 swallowing an attack helicopter. The criminals are leaving at long last. Thank you for your service!

The US has officially announced the completion of its military withdrawal from Afghanistan, minus of course the CIA ops which will continue in that country and the bombs that will likely continue to rain down in the name of fighting terrorism.

There are a lot of warmongers rending their garments over the termination of a decades-long military occupation which accomplished nothing besides making war profiteers wealthy and killing hundreds of thousands of people. Almost as ridiculous are the countless pundits and politicians hailing this as some kind of major accomplishment that Americans should be proud of.

Pride, praise and celebration are not the appropriate emotional response to the day. The appropriate response to a decades-overdue withdrawal from a war that should never have happened in the first place is rage. Unmitigated rage at an unforgivable atrocity that amassed a mountain of corpses for no legitimate reason, from which the region will probably not recover in our lifetime. Unmitigated rage at those responsible for starting and maintaining this horror all this time.

This is not something that Biden should be applauded for. Nobody deserves praise or credit for ending a twenty-year disaster, especially one they helped start. Nobody applauds the mass shooter for finally setting down the rifle.

Every single allied soldier who died in Afghanistan died in vain. They died fighting not for national security, freedom, or democracy, but for war industry profit margins and for the idiotic geostrategic agendas of globe-dominating imperialists. This is also the reason every Afghan soldier and Afghan civilian was killed during that time.

They all died in vain. We shouldn’t concoct sugary fairy tales about this, we should try to prevent it from happening again.

Who knows where Afghanistan would be if the US and its allies had stayed out of the nation two decades ago? Who knows where they’d have been had the US not begun arming the mujahideen against the Soviet Union four decades ago? We will never know what could have been for those people. The opportunity to find out was taken away from them. Stolen forever.

And of course no lessons were learned from this by anyone who will be making decisions about the actions that will be taken by the most powerful military force in history. America’s bloated military budget will continue to swell, and its arsenal and that of its allies will pivot toward new enemies.

The only sane response to all this is rage, and disgust. And a firm commitment to trying to end this madness.