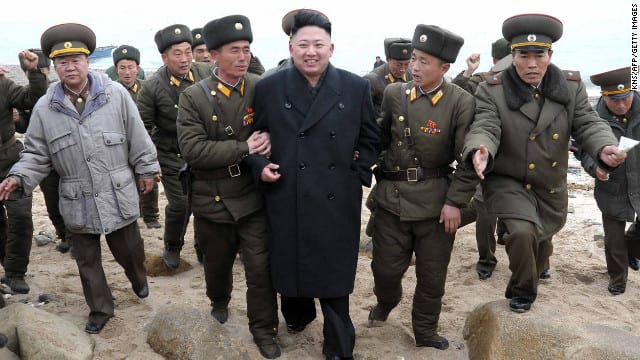 Unconfirmed reports claim the ex-girlfriend of North Korean leader Kim Jong Un was executed by firing squad along with 11 others, after the group allegedly made and sold a sex tape.Hyon Song Wol, a singer in North Korea’s famed Unhasu Orchestra, was killed by machine gun along with 11 other members of the orchestra and the Wangjaesan Light Music Band, another popular state-run music group in North Korea, according to a report in The Chosun Ilbo, South Korea’s largest daily newspaper.

The report, which cites an anonymous source in China, says the group was arrested Aug. 17 for filming and selling a pornographic video featuring themselves.

Pyongyang’s state TV showed Hyon Song-Wol, the head of a band known as Moranbong, delivering a speech at a national art workers rally in Pyongyang.She expressed gratitude for Kim’s leadership and pledged to work harder to “stoke up the flame for art and creative work”.

In 2017 Hyon Song-Wol was elected to the Workers Party’s Central Committee.

A top general in North Korea was executed this month on corruption charges, around the time the nation’s leader, Kim Jong-un, warned the party and military elites against abuse of power and other misdeeds, a South Korean official said Wednesday.The general, Ri Yong-gil, chief of the North Korean Army’s general staff and ranked third in its hierarchy, was executed on charges of “factionalism, abuse of power and corruption” in the latest episode of Mr. Kim’s “reign of terror,” the official said.

North Korean general thought to be executed is actually alive

A top North Korean military general reported to have been executed three months ago is actually very much alive and has now been appointed to two senior-level positions within the nation’s ruling Workers’ Party.

North Korea has executed its special envoy to the United States on spying charges, as its leader, Kim Jong-un, has engineered a sweeping purge of the country’s top nuclear negotiators after the breakdown of his second summit meeting with President Trump, a major South Korean daily reported on Friday.Kim Hyok-chol, the envoy, was executed by firing squad in March at the Mirim airfield in a suburb of Pyongyang, the North Korean capital, Chosun Ilbo, South Korea’s largest daily, reported on Friday, citing an anonymous source. Mr. Kim faced the charge that he was “won over by the American imperialists to betray the supreme leader,” the newspaper said.

We are now awaiting news of Kim Hyok-chol’s promotion to an important Workers Party position.

Sounds like Kim Jong-un has discovered the Elixir of Lazarus and doles it out on the condition that people must accept promotions that advance their careers after suffering the pain of death.

Can we in the West convince our politicians to queue up to receive this wondrous nostrum? (Of course we won’t tell them what we actually have in mind for them!)

Hasn’t a Daesh leader been eliminated numerous times? Al Baghdadi rings a bell. No promotion though…..